With South Africa’s carbon tax set to take effect in 2016, a recent policy paper by the country’s National Treasury carves out a strong role for offsets – and pitches a plan to include standards first developed for the voluntary carbon markets. If all regulated sectors choose to purchase offsets, the tax could generate a demand for up to 30 million tonnes of emission reductions domestic projects. 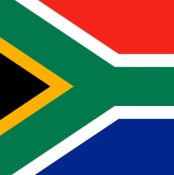 6 May 2014 | In designing its emissions reductions program, South Africa decided to have its cake and eat it too. Rather than choosing between the simplicity and revenue of a tax and the flexibility and cost efficiency of cap-and-trade, the government decided it could have both.

The resulting Ã¢â‚¬Ëœtax-and-trade’ program is expected to raise between eight million and 30 million rand annually (US $0.76 million to $2.86 million) while allowing compliance entities to purchase offsets for up to 10% of their emissions.

“Carbon offsets will enable firms to cost-effectively lower their carbon tax liability,” a statement by South Africa’s National Treasury explained. “They will also incentivize investment in least-cost mitigation options in the country, driving investment in (greenhouse gas) GHG-mitigation projects that deliver carbon emissions reduction at a lower cost than the carbon tax.”

Years of work on the voluntary market in developing robust emissions reduction standards and tested methodologies for monitoring and verification make the decision to include offsets in a compliance scheme an easier one.

“It’s really nice to be able to use something that’s already built,” said David Antonioli, Chief Executive Officer of the Verified Carbon Standard (VCS), one of several voluntary standards that will be folded into South Africa’s carbon tax.

The Treasury last week released a paper outlining its plans for the carbon offset scheme that will accompany the country’s carbon tax, set to start in 2016.  The carbon tax is currently set at 120 rand (about US $11.38) per tonne and aims to help South Africa slash carbon dioxide emissions 34% from Ã¢â‚¬Ëœbusiness as usual’ – or projected emissions if no efforts were made to curb them – by 2020, and 42% by 2025. Sectors covered by the tax emit about 387 million tonnes of carbon dioxide annually, and compliance entities could demand up to 30 million tonnes of offsets per year, according to a 2012 analysis by carbon project developer Camco Clean Energy.

No Need to Reinvent the Wheel

The Treasury paper reiterates the proposal in a May position paper that these offsets must come from projects located in South Africa and that four standards already in use in the country – including three voluntary ones – will be eligible for emissions reduction certificates. Offsets may be sourced from projects in sectors not covered by the tax, including renewable energy and energy efficiency, agriculture and forestry, transport and waste. All offsets, regardless of standard, are to be screened by the Designated National Authority, the organization responsible for assessing projects developed under the Clean Development Mechanism (CDM), a United Nations mechanism which allows developed country signatories to the Kyoto Protocol to meet a portion of their climate mitigation obligations by purchasing offsets from projects located in developing countries.

As of February 2013, 111 carbon offset projects had been registered in South Africa – the majority of them under the CDM. Other South African carbon projects are certified under the VCS (7 projects), the Gold Standard (24 projects) and the Climate, Community and Biodiversity (CCB) Standard (3 projects) – all used on the voluntary carbon market. Any carbon offsets issued prior to the implementation of the carbon tax would have to be transferred to the to-be-established South African registry before the end of 2016.

“This really speaks to one of the things that we’ve been saying all along: that voluntary credits can be used in compliance systems,” said Antonioli, noting that governments such as South Africa’s are realizing that they don’t have to “reinvent the wheel” when it comes to creating high-quality offset standards.

The inclusion of the CCB standards, however, is a bit curious since CCB is not a carbon standard but rather a co-benefits one that is often used in conjunction with standards that verify emissions reductions. Two of the three CCB projects in South Africa are also pursuing VCS verification; the other is still at the project design stage.

“We interpret this as suggesting that the Government is interested in seeing verified co-benefits,” said Tanya Petersen, Director of Marketing and Communications at the Gold Standard Foundation.

Drawing on various analyses, including a 2013 study by project developer C4 EcoSolutions that pegs the potential offset supply in South Africa north of 50 million tonnes, the Treasury policy paper concludes that “the potential for carbon offset credit supply seems to be sufficient to satisfy the demand expected to be generated by the carbon tax.”

Currently registered CDM projects have an estimated pipeline of 15.5 million offsets while land use and forestry projects (which are not eligible under the CDM and would be developed under voluntary carbon standards) could produce 26 million tonnes of emissions reductions.

Whether project developers will meet this potential is another question altogether. Officials at the voluntary carbon standards are hopeful.

“The Gold Standard currently has 24 South African projects and we think that the paper will prompt renewed interest in project development in the country,” Petersen said.

Antonioli also noted the mention of CCB in the policy paper, saying that, if the government’s goal is to incentivize projects with benefits that go beyond carbon, forestry and land use projects may fare well. VCS’s new sustainable grasslands methodology, for instance, could open up opportunities, especially since nearly a third of South Africa is covered in grasslands, with many wild hectares threatened by urbanization and coal mining.

However, there remains considerable uncertainty around the details of the carbon tax. Unlike in Australia, where Prime Minister Tony Abbott centered his campaign on repealing the carbon tax, South Africa’s policy has been comparably well accepted. The African National Congress is expected to win Wednesday’s  elections, and the carbon tax – while perhaps not a top legislative priority – is far from the chopping block. But the tax, now set to go into effect on January 1, 2016, was already delayed once, and some wonder if it might be postponed again.

“In the short-term, I don’t see much additional carbon project development activity until we have more certainty around the actual implementation of the carbon tax,” said Duncan Abel, who is responsible for forest carbon origination at Nedbank Capital, based in Johannesburg.

The sectors that are allowed to use offsets to meet their emissions reduction targets are also not set in stone. The policy paper suggests that the iron and steel, cement, glass and ceramics, chemicals and coal sectors may meet up to 5% of their compliance obligation through offset purchases; the pulp and paper, sugar, petroleum and electricity sectors are initially allowed up to 10%. Yet any adjustments made for South Africa’s major emitters such as Eskom, the country’s major utility, could have a lopsided influence on demand.

However, if the tax were to go forward as planned, “the price signals that we’re currently seeing – with the carbon tax rate at the 120 rand level – would be supportive of project development,” Abel said.

The National Treasury’s Carbon Offsets Paper is available here. Comments may be submitted to Peter Janoska at [email protected] by 30 June 2014.