Proponents of cap-and-trade argue that it creates the most efficient performance-based mechanism for reducing greenhouse gas emissions by funneling payments directly from emitters to reducers. Those who prefer a carbon tax argue that it’s a more manageable mechanism. South Africa says there’s a hybrid solution: one that blends a carbon tax with an offsetting mechanism. 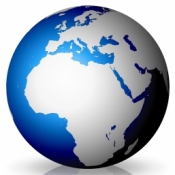 Proponents of cap-and-trade argue that it creates the most efficient performance-based mechanism for reducing greenhouse gas emissions by funneling payments directly from emitters to reducers. Those who prefer a carbon tax argue that it’s a more manageable mechanism. South Africa says there’s a hybrid solution: one that blends a carbon tax with an offsetting mechanism.

5 September 2013 | To tax or to trade? That is the question countries are asking as they look for ways to incentivize the reduction of greenhouse gas (GHG) emissions.

South Africa has pitched a tent somewhere between the two camps by proposing a carbon tax to be implemented in 2015, but floating the idea of letting companies use carbon offsets to meet up to 10% of their carbon tax liability.

During the 2009 Copenhagen climate change negotiations, the country announced it would voluntarily aim to reduce its GHG emissions by 34% by 2020 and 42% by 2025 from business as usual. That triggered a series of consultations and research on the best ways to achieve those goals, with South Africa’s National Treasury department releasing a discussion paper specifically focused on the carbon tax option in December 2010.

The paper concluded that South Africa would find it difficult to develop an effective cap-and-trade mechanism because the lack of energy industry players would likely reduce the efficiency gains that normally would result from a trading mechanism.

“In the South African context, a carbon tax is more appropriate than a cap-and-trade scheme in the short to medium term because of the oligopolistic nature of the energy sector,” the paper said. “A carbon tax can be complemented or replaced by an ETS at a later stage.”

The comment period for a planned third position paper on the carbon tax ended in early August.

What Do We Know?

The May position paper proposed the introduction of a carbon tax of R120 or about US $11.61 per tonne of carbon dioxide equivalent beginning January 1, 2015, rising at a rate of 10% per year until December 31, 2019. The paper provides other useful high-level information about the proposed carbon tax, including the covered GHGs, the sectors to be included and the thresholds above which the tax would apply, but stakeholders are anxious for more clarity about the role of offsets.

“The May position paper did give some broad guidelines around carbon offsetting, but not enough for us to really plan or really start developing projects while waiting for the carbon tax,” says Duncan Abel, Senior Transactor of Forestry Carbon at Nedbank Capital in Johannesburg.

At least one critical detail has emerged about the planned offset program. Firms would initially be allowed to use verified offsets developed under specific international offset standards: the Clean Development Mechanism (CDM) which is eligible for use in the European Union Emissions Trading Scheme (EU ETS) compliance market; and the Verified Carbon Standard (VCS) and Gold Standard that guide voluntary carbon offset projects. Development of a South Africa-specific standard would be considered at a later stage, according to the position paper.

Another key detail is that offset usage would be restricted, at least initially, to domestic projects, which would have a major impact on pricing given that South Africa has a fairly low number of carbon projects.

“There’s potentially a significant supply shortfall,” Abel says. “There’s not much of an existing offset market.”

South Africa has 41 registered CDM projects and an additional 93 projects are at different stages of the project cycle, according to the National Treasury paper. VCS has six registered projects in South Africa in various sectors: agriculture, forestry, land; transport; energy; waste handling and disposal and fugitive emissions from industrial gases. The Gold Standard has 21 projects in the country – 6 Certified Emissions Reductions (CER) and 15 Voluntary Emissions Reductions (VER) – with 19 energy efficiency projects, one wind project and one biomass project.

There are many unanswered questions about what the offset component will look like in the proposed South Africa program. It is unclear, for example, exactly what project types will qualify. In the May position paper, the government offered potential categories of project types that could be included: agriculture, forestry and other land uses, waste, community-based and municipal energy efficiency and renewable energy, electricity transmission and distribution efficiency, small scale renewable energy (up to 15 MW) and transport projects. But the expectation is that industrial gas projects barred by the EU ETS will be ineligible.

The market already has a pipeline of existing project activities, Abel says.

“The pipeline’s just been put on hold,” he says. “Once we have certainty around the carbon tax, we’d move pretty quickly into a development stage with a number of projects.”

Promethium Carbon is working on reforestation projects in South Africa, where there are large tracts of impacted and degraded land available for these projects, Louw says.

“In that respect, we think it’s very good that the carbon tax will allow the use of VCS credits because VCS gives you a little bit more of a suite of methodologies when you look at especially land management practices as opposed to pure afforestation and reforestation,” he says. “We also believe those projects have a larger community and social impact than standard CDM projects and therefore we think they should get a lot of support from the government side.”

How Low Can You Go?

A practical implication of the R120/tCO2e tax level is that it essentially puts a ceiling on the price of the carbon tax because the probability of a company paying more than that for a carbon credit is very low, stakeholders say.

“The European price went down with brute force, but it might just as well have gone up,” Louw says.

A carbon price that is too high becomes a burden on the economy and would stimulate negative consequences such as carbon leakage, he says. Leakage refers to the issue of industry and emissions moving out of a country because of its carbon price mandate.

“But with the ceiling that is set by the carbon tax, it will stop the price from going too high,” Louw says. “At the moment, everybody worldwide is worried about low carbon prices, but in the design of a system you must also worry about the opposite. So we believe that the fact that there is a ceiling in this scheme is also very good.”

In contrast, a potential floor price is not as much of a consideration because choosing to use offsets would be strictly a voluntary decision by emitters, according to some stakeholders. In addition, the depressed price of international offsets is not expected to be much of a factor in South Africa, where regulated entities will be restricted in their use of offsets to lower their compliance obligations and will be competing for a limited number of domestic offsets.

“The market price of CDM credits under the EU ETS will not have an influence on the price in South Africa, as only South African credits will be allowed and it is expected that there will be a shortfall in supply across all three standards,” Abel says. “As soon as there is certainty around what credits are allowed into the tax, then those credits will re-price in value upwards and the excluded credits will remain cheap, but not saleable in South Africa.”

If carbon prices in South Africa are low, regulated entities will maximize use of the offsets up to the 5-10% limit, but will avoid using the full allotment of potential offsets if the price gets too high, says Harmke Immink, Director, Promethium Carbon.
If the carbon tax program allows both CDM and voluntary program credits and the European market recovers significantly, developers will sell their CER credits to Europe, but the voluntary credits could still be sold locally, she adds.

The carbon tax as currently proposed makes room for the use of both compliance credits from the CDM and voluntary offset projects under the Gold Standard and VCS, a smart recognition of existing schemes, stakeholders say.

“There is always a danger that government is trying to reinvent the wheel,” says Adrian Rimmer, CEO of The Gold Standard Foundation.

Back to the Future

In a broader sense, there is also some debate over whether South Africa, as a developing country, should be taking the lead in addressing climate change, he says. South Africa is ranked among the top 20 countries measured by absolute carbon dioxide emissions.

But if the speech lacks details about the tax, then that would indicate there will be a delay from the planned January 2015 start date. The carbon tax has been discussed several times by government officials, as have other environmental taxes mentioned in a 2005 paper.

“It is a consistent message that the carbon tax is coming,” Immink says.

“Except for the size of the market, we feel that will really make a difference in reducing emissions and helping South Africa move towards a low-carbon economy, even though we’ve got a heavy fossil fuel- grid,” she says.