The Center for International Forestry Research (CIFOR) has been a staunch supporter of indigenous rights, but their recent report on indigenous rights and carbon finance gets a lot of very basic facts wrong, argues Chris Meyer of the Environmental Defense Fund. 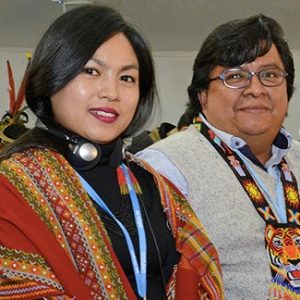 This story first appeared on the EDF Blog

30 November 2017 | The Center for International Forestry Research (CIFOR) held a press conference during COP 23 in Bonn to launch a new publication, “Rights abuse allegations in the context of REDD+ readiness and implementation.”

But the research underlying this sensationalistic headline is fundamentally flawed. Not only is their publication factually wrong in many places, but the peer-review process failed to identify numerous weaknesses in the analysis. A rights-based approach for REDD+ was already enshrined in the UNFCCC COP 19’s decision on the Warsaw Framework for REDD+ in 2013. One could argue that it actually goes even further back to the Cancun Safeguard decision at COP 16 in 2010.

Below are the five primary issues in the report. (Note: The rest of this piece assumes readers are generally familiar with the points made in the CIFOR publication and very familiar with REDD+ within the UN Framework Convention on Climate Change, the UNFCCC.)

The biggest problem with CIFOR’s publication is they fail to identify who is murdering indigenous and community leaders trying to protect their rights and forests, which gives the impression that it’s people connected to REDD+.

But the researchers say in footnote 2 they did not attempt to investigate the veracity of the allegations:

“As this review refers only to published sources, it does not include more recent allegations or attempts to evaluate the veracity or present status of each case (including whether corrective measures have since been taken), …”

If they would have done more research, they would have found that the majority did not have anything to do with a REDD+ process or rise to an actual “rights abuse” definition. Global Witness documented 200 killings in 2016, and 97 so far in 2017, and identified the biggest violators as mafias involved in illegal logging, mining, and agribusiness – not REDD+ proponents murdering indigenous and community activists.

Some of CIFOR’s sourcing for its publication is untrustworthy. For example, REDD-Monitor.com has a clear anti-REDD+ agenda and its funders include a who’s who list of groups with strong anti-REDD+ positions. Its About page calls REDD+ a “hairbrained scheme to allow continued greenhouse gas emissions from burning fossil fuels by offsetting these emissions against ‘avoided deforestation’ in the Global South.”

While many of the reviewers are knowledgeable about rights and the REDD+ field, they are not the people who are most well-acquainted with UNFCCC REDD+ decisions.

The Warsaw Framework includes the “Cancun Safeguards” and also mandates reporting on how the safeguards are addressed and respected. The Cancun Safeguards were agreed to in 2010 and were one of the first REDD+ decisions that guided all subsequent decisions.

The Cancun Safeguards was one of the first decisions to reference the United Nations Declaration on the Rights of Indigenous Peoples (also known as “UNDRIP”) in an international agreement. Nearly all of the world’s countries approved the decision and the insertion of a reference to UNDRIP forced many countries who had not previously acknowledged the Declaration to do as much.

A significant part of the “allegations” and “potential” negative examples explored in the article are linked to REDD+ projects, which again, are not covered by the Warsaw Framework for REDD+. But do a simple word search for “projects” in all of the UNFCCC REDD+ decisions and you’ll see the word does not appear once. That’s because implicitly, UNFCCC REDD+ is meant for jurisdictional REDD+ programs – not one-off REDD+ projects.

CIFOR and the REDD+ community should consider a few steps to make amends for their inaccurate publication.

Vigilance will always be needed to ensure that no abuses of indigenous rights occur in the context of REDD+ readiness and implementation. One such violation is one too many.

However, such risks have long been identified and are already being addressed, not least because indigenous groups have effectively used national and international REDD+ processes to advance recognition of their rights.

Sensationalized publications based on unsubstantiated allegations do nobody any good, and divert attention from documented rights violations and murders committed by actors seeking to destroy forests – not by REDD+ proponents who are eager to work with indigenous leaders to protect them.

One thought on “Fact-Checking CIFOR On Indigenous Rights”