The wildfires that choked Moscow over the past two months were fueled primarily by peat bogs that were drained to make way for farms and houses.  Peatlands around the world could accelerate climate change by unleashing more carbon dioxide than any single industrial sector.  Ecosystem Marketplace examines the role that carbon offsets can play in heading off the disaster. 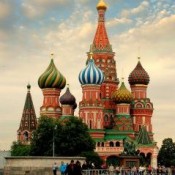 The wildfires that choked Moscow over the past two months were fueled primarily by peat bogs that were drained to make way for farms and houses.   Peatlands around the world could accelerate climate change by unleashing more carbon dioxide than any single industrial sector.   Ecosystem Marketplace examines the role that carbon offsets can play in heading off the disaster.

18 August 2010 | Cool winds and rain have dampened the wildfires that filled Moscow with smog and filled our newspapers with images of masked Muscovites wandering Red Square.   Less well-reported are the economic drivers behind the wildfires, which came mostly from dried peat bogs.

Those once-soggy and millennia-old bogs were drained in the 1960s to make way for farms and urban expansion – the victim of economic and political decisions flowing from a failure to incorporate the value of nature’s services in our economy.   Now, as the short-term benefits of those decisions are being weighed against the long-term cost, it’s becoming clear that nature’s living ecosystems are worth more alive than dead – largely because of the “ecosystem services” they deliver.

Peatlands, for example, pull carbon dioxide from the atmosphere, extract impurities from water, provide habitat for endangered species, and – as we’ve seen recently – help prevent wildfires.         The fires of the last two months alone shaved an estimated $15 billion off the country’s economic output, and that doesn’t take into account the environmental costs: 300,000 hectares of forest and peatlands destroyed, large swaths of habitat lost, and tons of carbon emitted.

Russians aren’t the only ones who have failed to account for the economic value of nature’s services.   Indeed,   environmentalists and conservationists around the world, along with politicians and economists, are only now beginning to embrace the concept of saving nature by embedding its value in our economy under a new conservation paradigm, often called “payment for ecosystem services” or PES.

The concept is simple in theory: identify both an ecosystem service that nature provides and a beneficiary.   Then, persuade the beneficiary to pay for that service’s upkeep.

In practice, PES schemes are diverse and often complex.

REDD Puts PES on the Map

Forests are receiving lots of attention from proponents of PES. From Suriname to Vietnam, carbon credits from forests are being promoted as a way to incentivize conservation and protection. The Reducing Emissions from Deforestation and forest Degradation, or REDD program, has gained increasing support among conservation groups, national governments, and local officials. It has featured prominently in international climate negotiations building up to last year’s Copenhagen Accord and is seen as a major front-runner for progress at the next round of negotiations starting late November in Cancun, Mexico. The goal of the program is a sustained conservation effort of forests in the developing world, with funding coming from carbon market participants, protection being provided by local agents, and oversight being provided by a central international body.

As national negotiators debate the framework for a global climate agreement, individual countries are creating partnerships to protect forests and peatlands in the meantime. This summer, the governments of Norway and Indonesia penned an agreement between Indonesia and Norway promising $1 billion in funding for the creation of a REDD initiative in Indonesia kick-start an estimated 26% reduction in Indonesia’s greenhouse gas profile by 2020. And while the deal specifies that Indonesia should halt the licensing of forest-clearing activities for a period of three years beginning next year, Indonesia voluntarily upped the ante to protect its peatlands by declaring a five-year moratorium on peatland clearing, effective immediately.

Rise of the Humble Bog

While forests are the main focus of REDD, peatlands are gaining more attention for their role as carbon stocks. Peatlands contain 30% of all land-based carbon. That’s twice the carbon stock in the forest biomass of the world. Also, consider that global carbon emissions from peatlands are calculated to be two gigatonnes annually, or 7% of all man-made carbon dioxide emissions.

The development of peatlands, particularly for projects that cause groundwater levels to drop, such as the irrigation for palm oil plantations or the construction of transport canals for timber that are common in places like Indonesia and Malaysia, pumps carbon into the atmoshpere. The gas more readily escapes without the presence of water, which minimizes the microbial activity that causes oxidation and the release of carbon from the peats.

Putting water back into peatlands, known as “rewetting”, reduces carbon emissions and makes the peats resistant to fires. An article in the journal Mitigation and Adaptation Strategies for Global Change showed that rewetting was cheap and simple, and could be easily financed through REDD funding or the creation of carbon credits for a voluntary market. Traditional conservation models have mostly been thwarted by a lack of funding; a shift to the PES model could make more funding available for peatland rewetting projects.

Around the world, millions of dollars change hand every year from private companies, individuals, and non-profit organizations looking to support projects and activities that are pursued voluntarily to reduce greenhouse gas emissions. To overcome the fuzziness surrounding environmental claims in this market, many buyers began demanding a clear set of standards to guarantee the projects they support really provide the benefits they claim.

Unfortunately, the full potential of peatland conservation in reducing emissions has yet to be realized. Forest conservation under a PES model is only beginning to receive institutional recognition for its potential to reduce emissions, like the bilateral agreement between Norway and Indonesia, meaning voluntary carbon markets are the current standard for most PES forest conservation programs.

Putting it to the Test

As the smoke clears over Moscow, the challenges to peat conservation may appear more prominently for other countries as well. The Voluntary Carbon Standard (VCS) Association has recently proposed a methodology to allow peatland rewetting and conservation projects to be eligible to receive Voluntary Carbon Units (VCUs), often referred to as carbon credits. The acceptance of the methodology would expand opportunities for greenhouse gas emission reduction programs into peatlands, which are widespread and, as in the case of Indonesia, Russia, and elsewhere, overexploited and under-protected. Carbon payments for peat rewetting and restoration have the potential to provide a long-term means for protection of these vital carbon stocks.

Other countries are paying attention to the harm unprotected peats can cause. The United Kingdom contains 15% of the world’s peats, mostly in Scotland. In an attempt to incentivize peatland protection, the country’s National Trust last year urged the Department for Environment and Rural Affairs to investigate the possibility of providing carbon credits to landowners who manage peatland. Those credits could might in the future then be bought and sold in the European carbon market known as the European Union Emission Trading Scheme.

Many countries may see the conservation of peatlands as important and necessary, but economic and political interests often stand in the way. In Russia, logging companies and developers shed the short term cost of forest management only to lose the source of their long term wealth. Mining, logging, and palm oil plantation interests, and their beneficiaries in government are trying to weaken the REDD agreement in Indonesia.

Nevertheless, the new paradigm of PES highlights a rising tide of recognition for forests and peatlands in providing services to the world, no matter how geographically distant. And although the catastrophic fires in Russia show the world still has a lot to learn when it comes to making economic decisions that compromise nature’s ability to provide the benefits and protections we have grown to expect, the solutions may be slowly inching closer to reality.

As the masks finally come off and Moscow emerges from under its dark cloud, policymakers in countries with such vast peat reserves may soon see PES as an emerging new tool that might finally place a more realistic value on the benefits that we draw from nature.

Payments for Ecosystem Services: Download the Primer
Climate Change and Forestry: a REDD Primer
State of the Voluntary Carbon Markets 2010

Daniel Kandy is a research fellow at Ecosystem Marketplace, focusing on Forest Carbon and Biodiversity markets. He recently graduated from Washington University in St. Louis with a degree in anthropology, focusing on land use and agriculture.Ã‚Â  He can be reached at [email protected]>.
Please see our Reprint Guidelines for details on republishing our articles.