Shoe giant Nike has a pile industrial carbon credits; Brazil has a slew of promising forest carbon projects in danger of withering on the vine.  Social networking site Hub Culture has a virtual currency that only its members can use.  Here’s how they turned that into $50,000 of forest carbon seed money, and why they think millions more will follow. 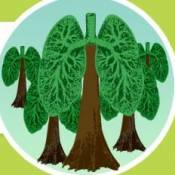 Shoe giant Nike has a pile industrial carbon credits; Brazil has a slew of promising forest carbon projects in danger of withering on the vine. Social networking site Hub Culture has a virtual currency that only its members can use.  Here’s how they turned that into $50,000 of forest carbon seed money, and why they think millions more will follow.

29 April 2011 | What is keeping those Nike shoes springy? If they are from 1990, it was probably sulfer hexafluoride (SF6), an industrial greenhouse gas that’s 22,000 times as powerful as carbon dioxide (CO2).

But in the mid-1990’s, Nike decided to voluntarily reduce its carbon footprint. One action they took was to phase out the use of SF6. The company retooled its plants to instead use nitrogen and, in the process, generated millions of carbon credits.

Although the reduction – and the cost of achieving it – was substantial, industrial credits like those from SF6 are in oversupply. So Nike sweetened theirs by announcing it would donate all proceeds from their sale to starving forestry start-ups in Brazil. To make it even more appealing, they decided to list them for sale on Hub Culture, a social networking site that lists thousands of products that can only be bought using a virtual currency of its own creation: the ven.

“The ven is the world’s first green currency,” says Hub Culture founder Stan Stalnaker, who created the ven in part to reduce the risk of currency fluctuations for members around the world. “It’s tracked and backed by carbon futures.”

Earlier this week, a company called London Carbon Market (LCM) spent 500,000 “ven” – or $50,000 – to buy some of Nike’s SF6 offsets. Nike plans to use proceeds from these and future SF6 offset sales for its Mata no Peito initiative, a revolving fund that offers seed money to forestry-based carbon projects in Brazil.

“This is a real gap in the market,” says Mary Grady, Director of Business Development for the American Carbon Registry.“You’ve got companies trying to get forest carbon projects off the ground, but they need a few hundred thousand to do all of the things they need to get started – the mapping, the land tenure verification, etc. This is a way to provide that sort of seed funding, which will then stimulate projects in Brazil.”

Nike, she says, isn’t earning credits for the donation, but rather trying to leverage its’ SF6 credits for forest preservation.

To execute the deal, LCM first converted British Pounds to ven – much the way a European company would convert euros to dollars before purchasing oil from Saudi Arabia.

It then logged onto the climate deals section of the Hub Culture web site and bought the credits for 500,000 ven.

Hub Culture then converted the ven to dollars and transferred the money to Winrock International.

All of which raises the question: Why go to so much trouble instead of just transferring pounds to a US account?

“Because the ven is a currency like no other,” says Gurps Singh, head of marketing for LCM. “First, it’s less volatile than most, because it’s backed by a basket of other currencies, and second, it’s good for the environment, because it’s also backed by carbon credits.”

Specifically, the ven gets about 10% of its value from the price of carbon futures trading in Europe. The rest of its value comes from currencies around the world, as well as some commodities – and it’s that diversification that keeps its volatility down compared to other currencies.

For now, the ven economy is backed by dollars, much the way dollars were once backed by gold.  The number of dollars that Hub Culture keeps on deposit, however, is based on the value of the above-mentioned baskets. As the “ven economy” grows, Hub Culture will begin to back the ven with real currencies – and real carbon credits.

The more ven that are in circulation, the more carbon credits Hub Culture needs to keep on deposit – and the more upward pressure it puts on the price of carbon.

Stalnaker won’t say how many ven are in circulation now, but he says total transactions amount to about $5 million.

“A transaction like this doesn’t increase our money supply directly, but it does increase the size of the ven economy,” he says. “As the economy grows, so will the money supply – and so will the upward price pressure on carbon credits.”

The money supply of the United States – its “M2” – is hovering just below $9 trillion. Imagine what would happen if the US government, in a burst of green awareness, decided to back its currency in part by holding carbon credits.