The Regional Internet Bank Information Tracking System is one of the Army Corps of Engineers’ great successes, but it can be even better.  Ecosystem Marketplace has joined scores of mitigation bankers and other market practitioners in calling for expansion of the data base and increased transparency so that RIBITS can achieve its true potential as a mechanism through which mitigation markets can deliver true environmental benefits. 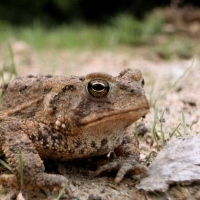 The Regional Internet Bank Information Tracking System is one of the Army Corps of Engineers’ great successes, but it can be even better.   Ecosystem Marketplace has joined scores of mitigation bankers and other market practitioners in calling for expansion of the data base and increased transparency so that RIBITS can achieve its true potential as a mechanism through which mitigation markets can deliver true environmental benefits.

20 December 2010 | “Implementation is key to any proposal out there,” says Craig Denisoff, the vice-president of Westervelt Ecological Services, explaining why wetland mitigation practitioners have recently written two letters to the U.S. Army Corps of Engineers (USACE) urging them to expand the accuracy and accessibility of its mitigation credit database, “The Regional Internet Bank Information Tracking System” (RIBITS).

RIBITS allows Corps districts to “track the status of mitigation banks, monitor credits and debits incurred by permitting actions, view compliance reports and automatically email requests for information and upcoming deadlines from a single Internet-based interface.”   We have constructed a video tour of RIBITS here.

While RIBITS has great potential, it still lacks the timeliness, accuracy and ease-of-access that would allow it to be fully useful tool — which is why the mitigation community decided to formally urge the USACE to take the database further.

The most recent letter, sent in September, was written by Ecosystem Marketplace, Forest Trends and their partners.   We invite you to scroll down and consider signing your name alongside ours in urging the USACE to continue their development of RIBITS.

Beyond implementing RIBITS in all 38 Corps districts, the letter urges the USACE to maintain the database, ensuring accuracy and timeliness of the credit data.     A transparent and robust information infrastructure, according to the letter, is an essential aspect of compensatory mitigation and can only be achieved with public-private partnerships.

The authors of the letter are not decreasing the importance of RIBITS; rather, they want to see its expansion so that it will be a useful database for every aspect of the mitigation commitment.

“It provides good data for scientists to look at trends and make analysis of how things are going,” says Dave Urban, the president of the National Mitigation Banking Association and a signatory of the September letter.   “It also provides us bankers and mitigation providers a way to do market evaluation.   All the way around, good data is the hallmark of any decision-making process on multiple fronts.”

These letters reflect the past commitments of the USACE and EPA regarding RIBITS and data accessibility.

The EPA’s Final Rule on Compensatory Mitigation, released in 2008, says that the “Use of RIBITS is currently limited to several districts, but we are planning to make RIBITS the standard tool for tracking sale and production of compensatory mitigation credits by third parties.”

Subsequent Congressional reports re-emphasize these commitments, and other USACE documents describe the dedicated funding for developing this system.   The March letter describes these commitments and asks the USACE to follow through.

In June, the USACE responded   to this first letter, citing the difficulty in implementation and providing a link to a 2000-page report about permit statistics.   The USACE letter also claimed that RIBITS was “in use across the nation.”

But only 28 of the 38 USACE districts have viewable public information, according to research included in the September letter.   As it says, “RIBITS faces the possibility of being seen as an unreliable source of information,” as it does not contain information from all of the districts and is not consistently up-to-date.

Industry leaders are hoping that this does not happen.

“I think everyone in the industry supports the idea of RIBITS because it promotes transparency and certainty in the mitigation industry,” says Denisoff.   “People can go to a location and see what type of habitat and mitigation credits are available.   Everyone supports that.”

“The issue of data transparency is important on many fronts,” says Urban.   “It provides everybody with assurances that the information that the Corps is providing…is correct.”

For example, every year, the USACE produces reports for Congress.   According to Urban, if the reports say there are twice as many mitigation credits as impacts, another individual should have the ability to go back and check for themselves.   “How does anybody know—how does the Corps even know that the reports they make to Congress are even accurate if they don’t have” a quality assurance program, he says.

Denisoff emphasizes the importance of accurate information for those buying and selling the credits.   For example, if the database does not include a banks recently released credits and a banker inputs the sale of these credits, the database will show negative credits.   If a potential buyers checks RIBITS, they will see the negative and it could cost the seller of the credits a sale.

To ensure the continued development of RIBITS, the September letter included concrete recommendations that seek to support the quality and timeliness of the data.

The first, which would include public-private partnerships, is to dedicate resources to “encouraging, training, and supporting 38 Districts in the use of RIBITS.”

“Dedicated staff updating the information is going to be key to whether or not this becomes a really useful tool that we can all point to as the definitive force for finding out about mitigation banking credits,” says Denisoff.
If partnerships were embraced, the database could be more efficient and consistent.   In addition, the government’s burden in the process would lessen, as outside partners would take over some of the responsibility.   Public confidence is also increased, as partnerships ensure greater accountability.

In addition, Denisoff notes that Corps staff often needs to respond to a national or local crisis like a flood or earthquake.   These crises require their full attention and everyday duties might be left undone.   Denisoff sees partnerships as a solution, as they would be dedicated to maintaining the databases or training others to utilize the database.

The second recommendation within this September letter examines the accessibility of the database.   The authors think RIBITS should include the ability to download information or link to a live ‘feed’ of information.   With these tools, the database would be more useful and accessible.

“Ultimately, government data should be accessible to anybody,” says Urban.   He says that currently it is difficult to access the information.

“We need to make it a tool that people can just go and find it and go right to it.   Unfortunately that is not the case,” says Denisoff.   He says that it takes extensive searching in some Corps districts website to find RIBITS and often, the link sends the individual to the national database, rather than the District RIBITS.

If it is not user friendly, “people aren’t going to be able to find it and if they can’t find it, they won’t use it,” says Denisoff.

These recommendations underscore the wetland mitigation communities’ support of RIBITS.

As Denisoff says “We are all so supportive of RIBITS and even though we have been hearing about it since 2003, we are still excited.   We haven’t lost the faith that this could really be a great tool.”

Will you join us in asking the USACE to provide greater access of information for mitigation banking?   Consider signing your name to our letter.

We are writing to encourage the US Army Corps of Engineers (USACE) to allocate sufficient funds to meet the promise of transparent wetland mitigation information and to recommend the use of public-private partnerships to leverage USACE efforts. There are many academic and environmental organizations as well as private businesses that are eager to see greater transparency and market infrastructure in the wetland mitigation industry, and to help achieve this goal through public-private partnerships that expand USACE data and information initiatives.

While the RIBITS (Regional Internet Bank Information Tracking System1) online information system has gone a long way towards providing transparent wetland and stream mitigation banking information, there are still several limiting factors.   First, the data from all Districts are not visible to the public2 and in some cases Districts do not appear to be updating information frequently.   Therefore RIBITS faces the possibility of being seen as an unreliable source of information.  The system is in jeopardy of losing out on cost savings from decreased information/FOIA requests.   Internal reporting time may also increase if Districts are not using this standard system for information collection.   Finally, private investment in and market growth of wetland mitigation is hampered by lack of up-to-date credit release and sales information.

But RIBITS can live up to its promise of information transparency if funding is provided for: final adjustments to the system; maintenance and periodic updates to the system; and sufficient staffing to cover training, support, and updates.   We recommend that USACE dedicate additional resources to the massive undertaking of encouraging, training, and supporting 38 Districts in the use of RIBITS.   Information transparency can also be enhanced by public-private partnerships that safely redistribute the demands on the regulatory agency.   In the carbon market, for example, public confidence in the system is boosted by the existence of third-party registries3 which ensure credits are not oversold or double-sold and provide real-time credit balances to the public.

Second, although RIBITS provides the best source of information on mitigation banking, the usefulness of RIBITS is limited by its inability to download or link to a live ‘feed’ of information.   Technological solutions such as an XML ‘feed’ or password-protected data access can be created at little or no cost.   We strongly urge the Corps to “take prompt steps to expand access to information by making it available online in open formats” (OMB’s December 2009 Open Government Directive4) by providing this kind of data access.

Third, as long as information is unavailable on the location of mitigation banks and in-lieu fee programs, it will continue to be a challenge to spatially link conservation efforts as is required by the ‘watershed approach’ in the Aquatic Compensatory Mitigation regulations.   We urge USACE to allocate funds to collect and provide location data for all mitigation banks and in-lieu fee programs (past and present) on the RIBITS system.

The efficacy and efficiency of compensatory mitigation depends in large part on a robust information infrastructure. We believe the promise of RIBITS and other USACE transparency initiatives is only possible through the combined efforts of a diverse collection of public and private entities. We hope you will consider exploring with us the use of public-private partnerships to achieve these goals.

Thank you for your attention to this important issue.