Earth Day began a half-century ago as part of an effort to help college students understand the importance of ecology. Such education is still critical if we’re to meet the climate challenge, so we’re using this day to shine a light on a few key tools for reversing climate change. 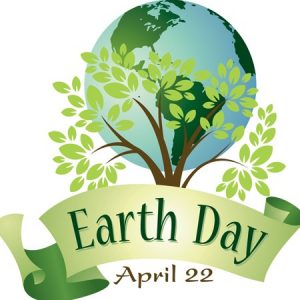 22 April 2019 | Movements like Extinction Rebellion have ignited a global passion for reducing greenhouse gasses, but this passion will come to nothing if we don’t harness the energy to implement viable solutions that work. Here’s a quick look at some of the tools we can’t forget this Earth Day:

It may seem odd to list the Paris Climate Agreement as a “forgotten solution”, but this groundbreaking achievement is still given short shrift in mainstream media because it doesn’t provide a top-down, one-size-fits-all emission-reduction target. That’s by design, because such targets are meaningless without agreement on more mundane issues such as what constitutes an emission, what constitutes an emission-reduction, and how to account for them.

The Paris Agreement provides near-universal agreement on these and other critical issues while letting each country create its own “Nationally Determined Contribution” (NDC) to the climate challenge. It also calls for increased ambition every five years – beginning in 2020.

That’s where groups like Extinction Rebellion and the Green New Deal become so critical: they create the momentum to ratchet up ambition, while the Paris Agreement provides a framework within which those ambitions can be realized.

Even if we eliminated fossil fuels tomorrow, the forests, farms, and fields of the world would continue to generate greenhouse-gas emissions – in part because of unsustainable agriculture practices, but also because climate change has already destabilized our living ecosystems to such a degree that they are in danger of emitting massive amounts of greenhouse gas as they decay.

Analysis from 2017 shows that natural climate solutions, such as agroforestry, permaculture, and sustainable forest management, can get us 37 percent of the way to meeting the Paris Agreement’s two-degree Celsius (3.7 ºF) target, and at a very low cost. Last year, the Intergovernmental Panel on Climate Change (IPCC) found that we must increase natural carbon sinks if we’re to prevent global temperatures from rising more than 1.5ºC (2.7ºF) above pre-industrial levels.

Despite this, natural climate solutions get just 3 percent of global climate finance and 1 percent of media coverage. They are, in other words, the ultimate forgotten solution.

Deforestation generates between 10 percent and 18 percent of global greenhouse-gas emissions, depending on the year, and most of that deforestation comes to make way for farms to feed our ravenous appetites for soy, beef, and other deforestation commodities.

Over the past decade, hundreds of leading companies have pledged to reduce their emissions by reducing their impact on forests, but such voluntary won’t solve the problem.

They have, however, led to a complete restructuring of the world’s supply chains, which are now more transparent than ever. This transparency provides an entry point for prudent regulations and government licensing programs that truly can end deforestation once and for all.

A Price on Carbon

Governments around the world are implementing a price on carbon, and Article 6 of the Paris Agreement provides rules for transferring emission-reductions internationally. Such international transfers can’t be used to meet existing NDCs, but they can be used to drive emissions even deeper.

Negotiators, however, still need to finalize that article, and they’re scheduled to do so at year-end climate talks in Argentina. The ultimate aim is to create a “Paris Rule Book” for implementing the Paris Agreement from 2020 onward – a critical task, because even if every country completely implemented its current NDC, global temperatures would still rise more than 3.7 degrees Celsius, which is deep into the danger zone, according to global scientific consensus as articulated through the IPCC.

The Sustainable Development Goals (SDGs) are a collection of 17 global goals set by all 193 countries of the United Nations General Assembly in 2015, on the eve of the Paris Climate Agreement.

Taken by themselves, the SDGs are easy to dismiss as mere words, but they don’t exist by themselves: they’re woven into the Paris Agreement and into the lending guidelines of development banks around the world.

There are 17 of them, and they include things like ending poverty, ensuring a good education, and building pipes, bridges, roads, and flood-plains that will work in a changing climate.

Another issue is how emissions from international flights are handled. Because such emissions are generated between countries, they were not included in the Paris Agreement, but instead come under the prevue of the International Civil Aviation Organization (ICAO), which is the UN body charged with overseeing international air travel.

ICAO members have agreed to cap greenhouse-gas emissions from international flights at 2020 levels from the year 2021 onward, and airlines that can’t reduce their emissions internally can offset them through a program called the Carbon Offsetting and Reduction Scheme for International Aviation (CORSIA).

Finally, perhaps the most obvious sign of the growing emphasis on natural climate solutions is the growing profile of indigenous people and farmers in the United Nations Framework Convention on Climate Change.