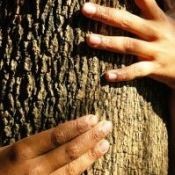 15 March 2011 | The newly-christened Verified Carbon Standard (VCS – formerly the “Voluntary Carbon Standard”) released its long-awaited program update, VCS Version 3, earlier this week; and anyone perusing it might easily miss the VCS’s underplayed announcement of what amounts to an all-star cast of members on its newest Advisory Committee.

If the list of committee participants doesn’t turn any heads, it should.

Selected from over 100 applicants, the VCS’ finalized Advisory Committee – tasked with strategic input and guidance around accounting for reduced emissions from deforestation and forest degradation (REDD) – includes a who’s who of conservation leaders from governments worldwide.

“The response was tremendous,” says VCS CEO David Antonioli, “which is great because it indicates that there’s this space in the market where people are totally engaged and keen to see something happen.”

It is, however, yet another recent example of the emerging consensus around the technical aspects of offsetting emissions for both the compliance and voluntary markets – two realms that have not always been complementary.

Voluntary carbon offsets originated on the forest conservation frontier as a way for early investors to take climate action. When regulated carbon markets like the Clean Development Mechanism (CDM) emerged with “compliance-grade” offsets in tow, the voluntary carbon market was relegated to the fringe – spinning off innovations but also a host of controversies around their effectiveness and permanence.

Over the years, third-party standards have multiplied and matured around their message that voluntary mechanisms are as rigorous and legitimate as their compliance market counterparts.

Yet as controversy and theft envelop the European compliance carbon markets, these same standards are seizing the opportunity to demonstrate their relative sophistication and flexibility.

“In some ways the tables have turned,” remarks Mary Grady, ACR’s Marketing Director.

“The voluntary market – which was once seen as sketchy and informal compared to regulated markets – is now really leading the way with market innovations around standards, methodologies and procedures,” she observes.

Indeed, from the recent VCS re-branding to the transition of four CAR methodologies into the California cap-and-trade program to the host of third-party standards now gunning for similar recognition – voluntary third-party standards hope to dispense with the distinctions between voluntary and “compliance-grade” offsets as they scramble to write the rules that will fill various regulatory vacuums.

Rajinder Sahota, a manager in the California Air Resources Board’s Office of Climate Change, remarks that the structure of the California compliance market itself was in part informed by lessons learned in the voluntary market. “The voluntary programs established registries, expanded knowledge and resources, and developed protocols to actually run an offset program.”

“For California’s compliance program,” she says, “we took from their lessons to understand what are the pitfalls of certain decisions, or what makes programs transparent and efficient for everyone involved – including project developers and the general stakeholders who are interested in the market.”

As it turns out, the ARB didn’t just learn from the voluntary carbon experience. After much deliberation and a public stakeholder process, they transitioned four CAR methodologies – for US forestry, urban forestry, US ozone depleting substance destruction and livestock manure projects – into the ARB  compliance protocols.

ARB Communications Director Stanley Young says that the rigor of CAR’s voluntary project protocol development – in which ARB also took part – ensured that the hard work was behind ARB once it set out to adapt them to California’s compliance needs.

He explains that the four CAR protocols “had been rigorously developed through an interaction of stakeholders, scientists, industry, academics, who’d been working sometimes for months on end to ensure that it encompassed the rigor and all of the requirements that would create a compliance-grade protocol.”

So what are the distinguishing characteristics of a “compliance grade” protocol?

“Because we’re seeing the protocols as a regulatory document,” Sahota explains, “it has to pretty much be the bare bones of how you define the project boundaries, what equations and emissions factors you need to use.”

Simplicity is a theme with ARB – this is apparent in their nod to CAR’s standardized baseline approach to project additionality. Rather than identify creditable emissions reductions against project-by-project baseline scenarios, standardized baselines provide a generic scenario against which all potential projects in a sector or region are evaluated.

Those who argue in favor of a standardized or “performance standard” approach to determining project eligibility say it reduces the time and money required to implement a project – avoiding the kind of regulatory hassles that resulted in years of “bottle-necking” in the CDM project approval process.

“We were aware that there had been issues with the CDM bottlenecking when there were so many protocols to review,” notes ARB Air Pollution Specialist Brieanne Aguila. “So we were trying to avoid a bottleneck, where for the same project type we would review twenty different protocols that may have only minor differences.”

At Cancun’s 6th Meeting of the Parties (CMP6), even the CDM Executive Board agreed to evaluate standardized baseline approaches for the CDM. What’s the appeal? Sahota explains: “By setting a performance standard approach, you only need adopt one protocol for a project type.”

“And since we have to take every protocol to our board, we thought that the performance standard approach was much more practical.”

New protocols will enter the compliance scheme via a brand new rulemaking process that’s separate from the state’s recently adopted cap-and-trade regulation – including the inaugural protocols – that was adopted in December 2010 (to be finalized in late October 2011).

Back to the Drawing Board

In fact, ARB staff are already busy identifying a list of additional protocols to take to the Board.

“We’re still having some internal discussions,” Sahota explains, “trying to figure out which protocols have the potential to be adopted and modified in the near term, and what kinds of projects have a longer timescale before they can come over to the compliance program.”

In the mean time, third-party carbon standards that have not yet received a nod from ARB are revving up to drive their protocols through the process.

Some, like ACR, are sticking to business as usual and wagering on the uniqueness and rigor of their methodologies. VCS, on the other hand, has overhauled its image to appeal to a broader array of markets.

The market has seen sea change in the VCS, which in December approved for use the program’s first methodology to employ performance benchmarks – in this case, to credit home weatherization projects.

VCS is also rolling out a series of re-branding efforts – including its name change from the “Voluntary” to “Verified” Carbon Standard. Antonioli hopes the suite of brand updates will “strengthen demand and the brand, but also give us a more robust platform to be able to talk to folks in other markets and open some doors.”

Grady says that in ACR’s case, the presence of California’s emerging compliance market “hasn’t really affected the way we do business – we’re still moving along on the same path that we have been.”

But she admits that ACR is pleased that its methodologies are rumored as standing ARB protocol hopefuls.

“ARB’s upcoming rulemaking provides the opportunity for ARB to consider additional protocols that can help meet volume requirements in the first compliance period and broaden the opportunities for sectors such as agriculture to participate in the nation’s first cap-and-trade program,” she says, adding, “ACR has approved a number of scientifically rigorous and innovative protocols that could achieve both if adopted by ARB for compliance.”

ACR, VCS and CAR have more in common than just the letter “c.” All three have also actively engaged California stakeholders in their program or protocol development – possibly giving them a leg up in the upcoming rulemaking process.

For ACR, California engagement over the past ten years has been primarily through its parents organization, Winrock International. “Winrock has assessed carbon baselines and carbon sequestration potential and assisted in protocol development for the California Energy Commission, CAL FIRE and the California Climate Action Team/AB 32 Scoping Plan process,” says Grady, “and ACR’s Chief Technical Officer Nick Martin led some of that work.”

She hopes that Winrock’s longstanding efforts in the Western region will be an advantage when it comes to the ARB decision.

CAR, of course, has home field advantage in California, and has collaborated with groups from the ARB itself to regional utilities on its protocol development.

“All of the counterparties involved leaned what constitutes a good offset and how go about calculating them,” he says. “We went from asking ‘how do you count this or calculate that’ to understanding the value of offsets, how we could help spread the word and get people engaged.”

Indeed, CAR’s stakeholder inclusion has paid off. According to Sahota, this kind of working relationship between a voluntary program and stakeholders is key to the development of a robust protocol.

“In the case of the four ARB compliance protocols that were adopted, our staff had been working for a long time with CAR as part of the workgroup process during the development of the voluntary protocols,” she says.

Getting Ahead on REDD

Voluntary carbon standards are now applying this approach to their work on REDD policy – a sector many think will propel the next wave of collaboration between regulators and voluntary programs.

CAR, VCS and ACR are each, to varying degrees, investigating how to make individual, voluntary REDD projects “count” once broader subnational programs are in place.

To do so, they’re teaming up with technical experts and government leaders   around the world to write the rules that enable their existing or anticipated REDD credits to co-exist with jurisdictional REDD programs – and possibly generate future offset supplies for the REDD-friendly California scheme.

California has already signed MOUs with the states of Acre, Brazil and Chiapas, Mexico, committing to cooperate through working groups to produce compliance-grade REDD credits.

These standards are now rushing to develop similarly “politically correct” REDD credits in other jurisdictions ahead of the ARB’s 2015 REDD start date.

Why create rules to credit project-level activities within a broader jurisdictional scheme? According to Antonioli, those rules are necessary to connect private sector investment in projects and activities on the ground – where voluntary investments are already occurring – with the broader rules and incentives being set by top-down regulatory frameworks.

“Most often, the private sector’s engagement is through individual projects. So you’ve got to have rules that will allow those individual projects to be accounted for and credited, even if they’re operating within a broader jurisdictional level.”

One reason for crediting individual projects, Antonioli argues, is to give confidence to the private sector that if the jurisdiction doesn’t perform, the project-level credits are “safe.”

“These are all fundamental questions that we’re hoping to address in this effort,” he remarks, “which has its home in the voluntary market but with an eye on future of these credits.”

Guaraqueçaba: Where the Buffalo Roamed