Hundreds of millions of REDD-targeted dollars are floating in limbo – partly because developing countries haven’t been able to accurately measure their deforestation rates or can’t properly monitor REDD projects on the ground. The University of California at San Diego hopes to change that with an intensive certification program that starts in August. 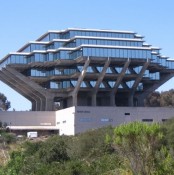 Hundreds of millions of REDD-targeted dollars are floating in limbo – partly because developing countries haven’t been able to accurately measure their deforestation rates or can’t properly monitor REDD projects on the ground. The University of California at San Diego hopes to change that with an intensive certification program that starts in August.

25 March 2013 | REDD+ can’t start rolling until developing countries can report their current rates of deforestation and then monitor, report, and verify (MRV) their REDD+ activities. To date, however, none have reported reference levels and – according to researchers at Wageningen University in the Netherlands and the Center for International Forestry Research (CIFOR), none have the capacity to carry out MRV, and only four are even close to being able to do so.

In an effort to change that, the University of California San Diego and World Wildlife Fund (WWF) have launched an intensive four-week certification program targeted to participants from developing-world countries. The first course will take place in La Jolla, California.

The fee is a hefty one – $12,500 – but applicants from developing-world countries will be eligible for scholarships, according to course director John O. Niles.

“We’re still in the process of raising scholarships for students from the developing world,” he said. “We will be able to offer some full scholarships and quite a few covering part of the tuition, and will announce them after the application period ends.”

For international applicants requiring visas, the deadline is April 15. More than 60 people from 30 different countries have already applied, and only five are from the United States.

The university plans to offer the course next year as well, but this time locally via joint international accreditation agreements with universities around the world and at lower cost.

“The way things work now, consulting experts from the developed world are the ones who do the math, while the people in developing countries go out and measure the trees and maybe set up the plots,” says Niles. “We’re trying to shift that balance.”