Negotiators meeting in Warsaw this week will focus on the critical issue of establishing reference levels for projects that reduce emissions by protecting endangered rainforest. That will clear the path for more REDD funding, even as side events and informal meetings begin to look at broader agricultural issues that are expected to play a larger role in talks to come. 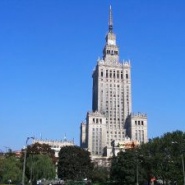 12 November 2013 | WARSAW| Poland | Developed countries have set aside billions of dollars to help rainforest nations save their forests by earning credits for reducing carbon dioxide emissions from deforestation and degradation (REDD). They won’t start spending it in a big way, however, until they see trustworthy reference levels that tell them both how much carbon is captured in the recipient countries’ forests, farms, and prairies and how that carbon content is changing.

Developing countries, on the other hand, are reluctant to invest time and effort in creating reference levels until they know the money will flow. Some of them, most notably Brazil, are also adamantly against third-party verification, which they see as a violation of sovereignty.

The general expectation here is that a text will be finished and approved by the Ad Hoc Working Group on the Durban Platform for Enhanced Action (AWG-ADP) by the end of the week. It then gets handed up to the high-level negotiators – the Conference of the Parties to the UNFCCC – next week.

The Knowledge and Finance Gaps

By issuing clear guidance, the UNFCCC aims to help close the knowledge gap, which will help close the finance gap next year. This week’s guidance, however, will still leave a massive hole in the general understanding that forestry practitioners have of terrestrial carbon accounting.

Several efforts are underway to correct this, chief among them being an intensive month-long course in advanced terrestrial carbon accounting that the University of California at San Diego (UCSD) and the World Wildlife Fund (WWF) launched at UCSD’s La Jolla campus this summer. We participated in that program, and are in the process of harvesting our notes for a detailed primer on carbon accounting, which is under development here.

Tangential to the talks, SBSTA also held a workshop earlier today to explore the technical and scientific aspects of helping agriculture adapt to climate change. While efforts to use carbon finance to promote climate-safe agriculture have not proven economical, they have increased yields enough to make the practices worthwhile. Carbon finance may help by funding education and other efforts in support of agriculture.

The weekend in the middle of the talks is traditionally reserved for “Forests Day”, but this year it’s been replaced with “Landscapes Day”, which is designed to explore the interconnected drivers of land-use change.

The Basics Of Carbon Accounting Under The UN Framework Convention
In Warsaw As In California, Forest Carbon Carrot Needs Compliance Stick

The LCA and KP are dead. Short live the ADP.

That’s the overriding theme here as the two negotiating tracks that have existed since the Bali climate talks officially blend into the Ad Hoc Working Group on the Durban Platform for Enhanced Action (AWG-ADP), which is charged with delivering a global pact by the end of 2015. After that, if all goes according to plan, the ADP itself will be replaced with something that will guide us into a low-carbon future.

The next COP is scheduled for November, 2014, in Peru, but Ban Ki Moon is trying to turbo-charge that meeting with an extraordinary Climate Summit in New York in September.

Then comes COP 21 in Paris, designed to emerge with a new binding global agreement to be implemented by 2020.