Initially perceived as being one of the few bright spots in an otherwise dismal year for climate-change negotiations, the REDD+ Partnership has postponed a key workshop set to take place on the sidelines of upcoming biodiversity talks in Nagoya, Japan.  Co-chair Junya Nakano delivered the news at a Partnership meeting slated for discussing stakeholder participation. 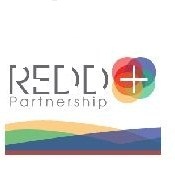 Initially perceived as being one of the few bright spots in an otherwise dismal year for climate-change negotiations, the REDD+ Partnership has now canceled a key meeting set to take place on the sidelines of upcoming biodiversity talks in Nagoya, Japan.   REDD+ Partnership co-chair Junya Nakano delivered the news at a Partnership meeting slated for discussing stakeholder participation.


8 October 2010 | Posted 1230 GMT | Updated 1610 GMT | After two days of cancelled meetings and frantic bilateral discussions, the REDD+ Partnership on Friday convened an open meeting to discuss the fractious issue of stakeholder participation, which had been pushed to the top of the agenda after a draft stakeholder participation agreement was pieced together during the week.

Instead of opening with the customary review of the draft agreement, however, Friday’s meeting opened with confirmation of news we reported this morning that a much-anticipated workshop slated to take place on October 25 alongside the tenth Conference of the Parties to the United Nations Framework Convention on Biological Diversity (CBD COP 10) in Nagoya, Japan, had been cancelled, along with a technical meeting slated for the same day.   The two meetings will be reconstituted in a different form to coincide with year-end climate-change talks in Cancun, and both meetings will be replaced with a downsized event in Nagoya being underwritten by the Japanese government.

There will also be a brief stakeholder meeting on the morning of October 25 and a drafting session in the afternoon so that the Partnership can deliver input to a Ministerial Meeting of the REDD+ Partnership scheduled for October 26.

The Nagoya meeting was also intended to help use REDD+ as a foundation on which to build a bridge between the UNFCCC and the CBD.   With the cancellation of the REDD+ Partners meeting, however, it is not clear how many climate-change delegates will be present on October 26.

Nakano attributed the cancellation to a $190,000 shortfall in the REDD+ Partnership’s funding, but also said that there was no longer enough time to pull to gether an effective workshop, given the failure to launch effective talks in China.   Representatives from several donor nations said there were no funding shortfalls, but provided no details.

The Workshop on Enhancing Coordinated Delivery of REDD+: Best Practices and Lessons Learned would have been open to all stakeholders – including indigenous people, local communities, and the private sector – and was intended in part to take stock of efforts to safeguard biodiversity and indigenous rights to ensure that REDD+ doesn’t become a land-grab.

The Technical Meeting of the REDD+ Partnership would have been open to partners only.

Talks failed to get off the ground on Monday because of a failure to agree on an agenda.

Civil society campaigners at the meeting were split on the announcement — with some saying it offered a chance to regroup, and other saying it signalled the end of the Partnership.

The meeting closed with a review of the work plan, which outlines activities set to begin in 2011.   Several delegates said the discussion was more positive than the stakeholder participation talks had been.

Steve Zwick is Managing Editor of Ecosystem Marketplace. He can be reached at SZwick@ecosystemmarketplace.com.
Please see our Reprint Guidelines for details on republishing our articles.