Rich countries say they’re spending almost $5 billion to save tropical rainforests in poor countries under the UN REDD program, but poor countries say they’ve gotten a fraction of that.  John-O Niles of WWF and Jeff Metcalfe of the Tropical Forest Group explain the cumbersome ways of international aid – and why this time, at least some of the checks really are in the mail. 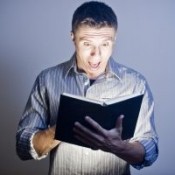 Rich countries say they’re spending almost $5 billion to save tropical rainforests in poor countries under the UN REDD program, but poor countries say they’ve gotten a fraction of that. John-O Niles of WWF and Jeff Metcalfe of the Tropical Forest Group explain the cumbersome ways of international aid – and why this time, at least some of the checks really are in the mail.

Second in a series.

28 September 2012 | The climate-change fiasco reads at times like one of those horror/action films that Hollywood loves to crank out. Some hapless planet – perhaps our own, at some unspecified time in the future – is on the ropes. Its atmosphere is changing dramatically, entire cultures, societies and ecosystems are straining, and a nasty tipping point appears imminent.

Planetary leaders gather in the capital of a frigid northern city in the dead of winter to right the ship and avert catastrophe. Anarchists and hippies flood the streets. Helicopters hover, and tear-gas is thrown.

But the leaders fail to agree on how to slow the heating, and the hapless planet seems doomed to a future of droughts, fires, famines and disease.

But hope emerges from the ashes of the failed summit!

A few bold nations agree to pledge their gold to other nations, who in turn pledge to protect the lush green forests that surround the equator. This, after all, is the crown jewel of evolution and planetary stability – if it can be saved, the planet, too, will avoid the worst.

Alas, the promised gold disappears into a tangle of red tape. Certain pieces of paper, it turns out, have not been filled out properly. Worse still, it soon emerges that all these people who thought they were on the same page had been issued different dictionaries.

Chaos ensues – no one can agree on exactly how much money there is, let alone where it is or how and when it will be deployed.

“The rebels of conservation have a plan to stem the force that cut the largest reservoirs of vulnerable societies, DNA, and atmospheric-destabilizing carbon,” declares Jackson. “We just need those checks you promised us to buy the anti-logging devices, and quick!”

But Schwarzenegger says there’s nothing he can do.

“The check’s in the mail,” he explains. “It might just need a few years to clear.”

And he could very well be telling the truth, because this is in fact what’s happening with billions of dollars pledged to support REDD+, according to early findings of REDDX, the  REDD+ Expenditures Tracking Project that Ecosystem Marketplace publisher Forest Trends is spearheading with support from Overseas Development Institute, World Resources Institute,Tropical Forest Group.

Donors have announced their intentions to fund activities to reduce emissions from deforestation and degradation. According to the REDD+ Voluntary Database, donors have said they are giving more than $3 billion dollars for REDD+. Another study by the World Resources Institute suggests that the amount of money pledged for REDD could reach $3.5 billion just during the years 2010 through 2012.Yet another study by the Prince’s Rainforest Project says the pledged amount for those three years is $4.5 billion.

But recipient nations have said they have seen substantially less than $1 billion, despite the urgency of the problem. There is confusion about which governments have made pledges and written checks. And no one can seem to agree on how much money has actually changed hands. And if it is hard to track the cash-for-rainforest transfers between nations, what happens once millions of dollars move from one country to another, the trail goes even murkier.

With the absence of a global deal to confront climate change, international cooperation on saving tropical forests is one area where there is actual work being done. The problem is, the work is being stymied by the inability to follow the money.

One excellent website to track the status of these funds is the Climate Funds Update website, run by the Overseas Development Institute. You only need a few clicks to realize that of the multitude of funds dedicated for REDD+, the amount of money actually given to countries to help conserve forests is usually around ten times less than the amount that has been pledged.

What are the reasons for this substantial gap? The overarching reason is that it simply takes a long time to convert pledges to money in bank accounts for saving rainforests.

For instance, most donor governments record the money as being spent once they decide where they are going to invest in conservation, but the actual process of deploying the money to conservation can take years to set up, enact and monitor. Very rarely does a donor give all the money for a particular REDD+ project to the recipient nation in one year. Often it takes a year or two to decide where to spend money, and 3-5 years for an actual project to implement its work.

Compounding the problem is that different countries use different twelve-month fiscal cycles. The United States government operates on a fiscal year that begins October 1 and ends on September 30. Brazil uses January 1 to December 31. India uses April 1 to March 31.

And individual governments have different criteria for recording when transfers occur. Some record it when contracts or agreements are signed; others, when they are approved; and still others, when the digits in a bank account go up or down.

The other reason is a lack of a coordinated approach to monitoring REDD finance and climate change finance more broadly. Every government reports its contributions in its own manner. This has prevented any holistic understanding of who has promised what to whom, and who has received it, and what it is using the REDD+ funds to actually do. Despite an overarching treaty on climate change, there is no standard format for how governments must record and go public with what money they have given to other countries as part of the treaty. Although informal guidelines are being proposed, governments are not bound by any coherent system for allowing other nations or civil society to follow the flow of climate funds.

Countries are even free to make their own definitions up in terms of what constitutes climate finance; grants, loans, investments, pretty presents with bows and ribbons? “Hey, let’s call everything our country’s commitment to help prevent dangerous human-caused manipulation of the atmosphere!”

Climate change is growing ever more dire. All major reputable scientific organizations and national assemblies have settled on one thing. Human greenhouse gases are likely going to substantially and negatively impact our planet. And they have also resounding stated that one of the most immediate, cost effective, and highly beneficial way to stem climate change is to help developing countries try to slow down and stop deforestation. But like all things on the real Earth, “It’s complicated”.

Stay tuned for the conclusions, but don’t stay on the edge of your seat. The challenge of tracking REDD+ finance will take several years to answer. Like it or not, tracing flows of money between governments to tackle deforestation is complex and cumbersome. Unlike Hollywood or Bollywood, this story is not fast moving entertainment. It is an at times dry topic whose conclusions will be decided by number crunchers and analysts and spreadsheets. And although this is not the drama we might hope for, as is often the case, details matter.

This article is the second in a continuing series of stories built on the findings of REDDX, Forest Trends’Ã‚Â REDD+ Expenditures Tracking Project, which aims to provide transparency to the global effort to slow climate change by saving forests and reducing greenhouse gas emissions from deforestation and forest degradation. Learn more about the initiative HERE.Ã‚Â

Part One: Separating The Payers From The Posers provides an overview of the project and lays out its objectives.