Transparency International is monitoring Reducing Emissions from Deforestation and Degradation plus conservation (REDD+) financing flows in a number of recipient countries. Here, they discuss challenges to transparency encountered in Mexico and Kenya, and call on the general public to take a more active role in policing their governments. 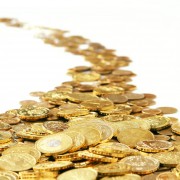 Transparency International is monitoring Reducing Emissions from Deforestation and Degradation plus conservation (REDD+) financing flows in a number of recipient countries. Here, they discuss challenges to transparency encountered in Mexico and Kenya, and call on the general public to take a more active role in policing their governments.

1 August 2013 | A colleague recently likened his experience tracking climate and REDD+ money in Mexico to an archaeological dig. Little by little, fragments of your object begin to reveal themselves, but not without a significant amount of time, resources and tenacity.

At Transparency International (TI) we have been monitoring climate finance flows in six countries – of which four are REDD+- recipients. Gaining clarity over what money is going where is a first step to ensuring that the money does what it should, where it should, and doesn’t surreptitiously slip into the wrong bank account, or get lost among the myriad of climate finance projects currently proposed or underway.

Transparency is like a prophylactic against negligent or corrupt spending. The trouble with REDD+ is that – in experience – transparency has been fairly poor. Often this is due not to REDD+ systems or institutions per se, but broader issues such as access to information and budget classification.

Take the situation in Kenya. The Kenya Forest Service is responsible for managing a combined grant of US $400,000 from the Forest Carbon Partnership Facility and UN-REDD to develop Kenya’s REDD+ Readiness Plan. Information provided on the Ministry of Forestry and Wildlife’s website confirms this and provides an outline of the activities to be undertaken under the readiness plan. The plan itself is missing from the site though, as is a more detailed breakdown of expenditure lines.

The missing parts of the puzzle are hard to come by. Access to information is provided for in Kenya’s 2010 constitution, but in the absence of accompanying laws it remains somewhat of a hollow promise – requests for information can be met with silence or long delays. At times our team found it easier to look for information through other means such as identifying informers in the relevant ministries.

Mexico, meanwhile, boasts one of the world’s strongest access to information laws, with an institutional architecture on-hand to enforce it. The problem TI staff encountered there, however, was that while government bodies responded to their information requests, they simply didn’t have the relevant information. This is due in large to an inadequate system of budget classification. There is no single database to distinguish REDD-related expenditure from other categories of public money, including adaptation finance and development aid. This means that it is hard to trace the journey that REDD+ money takes through the national budget, let alone its impact.

Hurdles like these are not exceptional, they are to be found in a great deal of climate finance-recipient countries. Many donor states also have a poor track record for accounting for REDD+ finance in a clear, timely and accessible way. One has to wonder – if an anti-corruption organisation like Transparency International struggles to ascertain where and how this money is being spent, how do its beneficiaries stand a chance of holding their leaders to account for it?

Opacity can be explained by many things. Sometimes it’s born of habit – the continuation of a historical culture of privacy. Often it is a capacity issue, with government agencies lacking the staff or the resources to consolidate data and make it publicly accessible. Regardless of cause or intent, however, a lack of transparency can serve to shield behaviour that is irresponsible, illegal or corrupt.

REDD+ money is a scarce resource. Ensuring that it is spent fairly and wisely will require carefully watching the movement of money, scrutinising the rationale for its allocation, and raising the red flag when things go awry. There is a great deal of untapped potential in citizen monitoring. If members of the public are given access to better data on REDD+ spending, they can act as watchdogs to help ensure its effectiveness.

Before this can happen, we need national registries that disaggregate REDD+ from other monetary flows. We also need full transparency of information for all projects, and proactive as opposed to reactive disclosure. Without this, there is greater risk that REDD+ won’t work.

This series of blogs on REDD+ finance intends to create a forum for debate and exchange of ideas, this blog reflects the opinions of Alice Harrison of Transparency International, and should not be understood to reflect the views of ODI, REDDX or Climate Funds Update.