REDD finance is one of many pay-for-performance mechanisms designed to jump-start climate-safe agriculture across the developing world, but it’s emerging slowly and uncertainly. REDD+ Bonds, however, can help states and other sub-national jurisdictions harness tomorrow’s funding today. Here’s how. 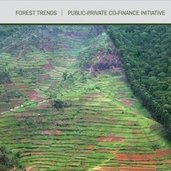 REDD finance is one of many pay-for-performance mechanisms designed to jump-start climate-safe agriculture across the developing world, but it’s emerging slowly and uncertainly. REDD+ Bonds, however, can help states and other sub-national jurisdictions harness tomorrow’s funding today. Here’s how.

31 March 2014 | Norway, Germany, the UK and the US drew headlines at December climate talks in Warsaw last year when they unveiled a new financing mechanism designed to help developing countries save endangered rainforests.

Their mechanism kicks in over a period of years, and it works by promoting climate-safe agriculture. Its funding will be contingent on tons of Reduced Emissions from Deforestation and forest Degradation, which technically makes it a “REDD+” initiative. Its sponsors, however, have made it abundantly clear that it’s a development mechanism and not an offsetting mechanism. That means it won’t be able to harvest pools of private funding from companies looking to reduce their carbon footprints.

It is, however, typical of the “payments for performance” that governments seem willing to endorse without reservations, and that makes it something you can take to the banks, meaning borrow against. That’s something you can’t say about offsetting – at least not at the regional level.

Because such payments for performance are more certain than offsetting, they present an opportunity for regions in tropical rainforest countries that have made progress in reducing rates of deforestation to lock in that progress now rather than risk backsliding.

Brazil has been leading the way with an ambitious target to reduce deforestation by 80% while still increasing agriculture production. Both the national government and states such as Mato Grosso and Acre have been improving regulation and targeting a portion of public agriculture finance toward more sustainable production practices.

Those efforts led to six years of reduced deforestation until the country relapsed last year – some say because of short-term financial pressures.

The Power of Now

Making the investments necessary to improve agriculture productivity while conserving forests across entire regions and countries is an exciting prospect but will require a great deal of capital today and cannot wait for performance payments after the meticulous readiness phase of REDD+ is complete and actual emissions reductions have been created years down the line.

This is where REDD+ Bonds can come in. In our recent report –“Jurisdictional REDD+ Bonds: Leveraging Private Finance for Forest Protection, Development, and Sustainable Agriculture Supply Chains”, we have been working on a financing structure that might address these themes and help integrate REDD+, the efforts of governments, farmers, indigenous communities, NGOs and commodity buyers and to source funding from the capital markets.

“Green Bonds are seen as important in attracting investment from institutional investors like pension funds, for capital-intensive developments such as renewable energy infrastructure. Indeed, there has been growing interest from investors, but generally only if they yield as much as and are no riskier than “plain vanilla” bonds. After all these investors have a legal responsibility to look after the funds they hold on trust for pensioners and others.

However, the hoped for investment in bonds for forest protection has thus far foundered in the absence of credible guarantees and revenue lines. Our proposal is that Jurisdictional REDD+ Bonds would have the yield and risk characteristics that investors are used to seeing in Brazilian or Colombian or other sovereign bonds. (Higher risk countries with a poor credit rating would need additional support from development finance institutions such as the World Bank to provide some protection to investors).

The critical missing piece in the jigsaw, we believe, is to link the emerging trend for donor government ‘payment for performance’ to bond cash flows.

In our paper we illustrate how payments of $5 per tonne of carbon dioxide equivalent (the standard metric of the carbon market) over 10-15 years for meeting emission reduction targets versus agreed upon baseline scenarios for Brazilian states, would offset the interest rate that states would have to pay to bondholders; and could thus attract hundreds of millions of dollars in investment.

To secure the best interest rate possible we would suggest that, in a Brazilian context, the bonds be issued under a Federal/State partnership, because individual states do not have the investment-grade credit rating easily to access the international capital markets, and their ability to borrow is restricted by federal law.

This would require the federal government and the relevant state to agree on the correct split of revenues from payments for REDD+ credits, as well as the baseline, monitoring and accounting approaches. Thus state level emission reduction targets would be linked to the national REDD+ strategy.

The proceeds from bond issuance can support, upfront, the local financing mechanisms for sustainable agriculture of the kind that many forest countries are already initiating. Some of the funds could help pay for the direct costs of conservation or support for indigenous communities. And some for investment, lending and risk-reduction mechanisms for improved productivity, infrastructure or processing facilities that would themselves generate financial returns and therefore support a viable long-term funding model.

The fundamental assumption is that access to significant funds at zero or even negative interest rates would support the combined goals of increased agriculture production and reduced deforestation, and allow for countries to guarantee the return of the Bond principal to investors, just as they do for normal bond issues with more onerous market rates of interest.

With REDD+, the international community would monitor and verify reduced emission reductions generated at the ‘jurisdictional’ level. Such a framework could in time provide commodity buyers with an entire region of zero deforestation supply chains. Those states defined as territories with ‘no net forest loss’ would ultimately secure a competitive advantage in accessing markets and therefore a whole further round of investment from commodity buyers.

Financing instruments like Jurisdictional REDD+ Bonds, with an ambition to operate at scale, can harness international climate finance to support developing countries’ own efforts, then in turn link to global demand for sustainable commodities and therefore support a truly integrated landscape approach that could be transformational in overcoming costs or barriers that stand in the way of reduced deforestation, resilient ecosystems, improved livelihoods, and sustainable agriculture production.

Rupert Edwards is Senior Finance and Carbon Advisor for the Forest Trends Public Private Co-Finance Initiative. He was formerly a Managing Director of Climate Change Capital, where roles included Head of Strategy Development and Head of Portfolio Management, Carbon Finance. He can be reached at [email protected]

This is the sixth in an ongoing series of articles developed in support of this year’s two Katoomba Meetings, both of which are taking place in Latin America. The first meeting took place on March 19 and 20 in Brazil, under the banner “Scaling Up Sustainable Commodity Supply Chains”.

The second meeting will take place in Lima, Peru, over four days  beginning on Earth Day, April 22 through the 25th – and its working motto is “Climate, Forests, Water, and People: A Vision for Alignment in Tropical America”.