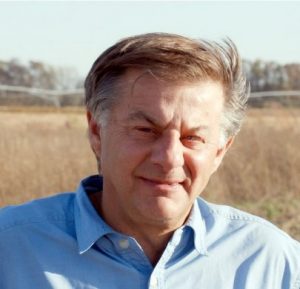 4 July 2012 | My childhood memories of the fourth conjure up cool evenings and hundreds of fireworks – simulated bombs bursting in air in all their Francis Scott Key splendor. Every year this experience occurred with religious fervor, as my three brothers, mom and dad, and even the family dog piled into the family sedan and the family drove off to the nearest park to watch the fireworks.

In the early 1970’s my family had a large boat-like convertible. With the top down, we’d park on a hill and overlook a larger region, taking in multiple fireworks displays. This spectacle was dazzling for young kids.

Every part of the early experience was fired by gasoline, powered by petroleum, or involved gunpowder and various chemicals. Quick flashes of light are created from the pop of gunpowder and the eye burning bright flash from burning magnesium powder. Green colors are from powdered copper that is impregnated on paper that is wrapped into the firework. As the fuse burns the fire encountered each of the impregnated papers, and each gives off the various colors as they ignite, associated with the unique color of each element as it combusts. Cobalt for dark blue; copper for greens and red; and so on.

While the excitement of the display was initially captivating, as I grew older, watching the excitement experienced by others became equally or more entertaining. Parents usher children to focus and pay attention to the event, keeping them from spiraling into skirmishes and disinterest and distractions. The youngest children sit there like jello blobs with bobbing heads, as result of sleepiness as they were out past bedtime, and a wrenched neck from looking up, sometimes for hours, as every firework is launched.

Another summer favorite – lightening bugs. And while I understand that watching lightening bugs is different than watching fireworks, in many ways it is the ultimate fireworks display. There before you are tens of thousands of illuminating insects dancing’s skittering across the sky, some moving quickly horizontally, others flying upward twenty to thirty feet and then descending rapidly toward the ground.

I began to develop another level of appreciation for these nightly displays when I watched the bobbing headed young children, the five to ten agers, and then adults becoming completely absorbed and entranced by the bugs. The initial silence and awe was often followed by questions, “Why do that do that? How do they do that?”

Informative spectators explain that males lightening bugs are displaying with one signal type and the females with another. Then the biochemistry is explained: the light is produced by a little insect using laboratory precision mixing of Luciniferin and an enzyme called lucinerferinace. The light is a precise chemical reaction involving no ignited wick, no gasoline, or no gunpowder. No heat, no waste products—just a few chemicals manufactured within the body of lightening bugs as an attraction mechanism for finding mates.

We still gather the kids, and neighbors come to visit during the summer, to see the lightening bugs. But, instead of jumping in the car, we walk to the nearest hill on our southern Wisconsin farm shortly after sundown. It is about then when the first flashers come out. Initially you can only see the closest ones, but as the darkness deepens, thousands come into focus every second. Particularly in areas with healthiest and restored ecosystem, along the stream courses, around the perimeter of wetlands, and in diverse wildflower growth areas, the displays are heavenly. Neighboring corn and soybean fields harbor some but far less, then the displays over higher quality habitat. And the grand finale doesn’t end, as the display goes on all night, with some insects still attempting to eke out their mate attraction behavior as the sun is coming up the next morning.

In a time when energy conservation, and reduced emissions of atmospheric gasses is important, celebrating the fourth – or the joy of any other mid summer evening – is possible by seeking out lightening bug displays. After the children begin skirmishing and boredom sets in at the fireworks show, or you find yourself looking for a few moments of quiet, find a secluded field and enjoy a truly green fireworks display.

Steven Apfelbaum is the founder of Applied Ecological Services, Inc., a full service environmental consulting and ecological restoration company with ten offices in the United States and two abroad. Apfelbaum is co-author of the Restoring Ecological Health to Your Land series, which provides practical step-by-step instructions to restoration ecology and the care of native plants. He is also the author of the award winning book, Natures Second Chance, which recounts the thirty-year story of how he and his family restored a dairy farm to prairie, forest, trout stream and wetlands near Juda, Wisconsin. Both books are available at www.amazon.com.