The US state of Washington is set to finalize its mitigation banking rule in the next few weeks, but some farm preservationists and environmentalists there fear banking even more than they fear urban sprawl – and they’re working to halt banking at the county level. Ecosystem Marketplace takes stock of one such dispute in Skagit County. 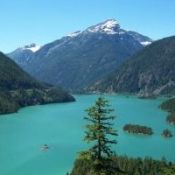 The US state of Washington is set to finalize its mitigation banking rule in the next few weeks, but some farm preservationists and environmentalists there fear banking even more than they fear urban sprawl – and they’re working to halt banking at the county level. Ecosystem Marketplace takes stock of one such dispute in Skagit County.

8 May 2009 | When mitigation banker Jake Hodge came to Skagit County in 2002, he was excited by the opportunity he saw. The state of Washington was beginning a pilot program to facilitate mitigation banking. Outside of Mt. Vernon, sandwiched in the coastal delta of the Skagit River, Hodge had identified a prime candidate: a struggling 800 acre dairy farm.

So Hodge and his partners – Clear Valley Environmental Farm, LLC – began meeting with local stakeholders, got the all-clear to let the land become a wetland mitigation bank, and exercised their option to buy.

Then came organized opposition from farmers and environmentalists, in the wake of which Skagit County passed a temporary moratorium on the creation of wetland mitigation banks on agricultural land. That moratorium looks set to become permanent, leaving the Clear Valley project stuck in appeal. A settlement has been reached with one of the opposition groups, but the other complainant is pressing onward.

“We have not been able to discover what caused the change, other than the fact that people began to be alarmed with the accumulation of restored property,” says Hodges, still perplexed.

Will One Lost Farm Sink the Neighborhood?

As agricultural communities go, Skagit County is small, with about 95,000 acres in production. But its soil ranks among the richest in the world and nurtures 80 different commercial crops. A third of the world’s beet seed is grown here, along with significant amounts of cabbage and spinach seed.

But many in the farming community fear that the county is near a tipping point, and could lose the economies of scale necessary to sustain commercial agriculture. Specialty potato growers, for example, are big players in Skagit, harvesting about 20,000 acres. Potatoes average a three-year rotation, meaning that they need 60,000 available acres. But the prime delta agricultural land is already down to around 65,000 acres.

“We’re pretty close to being at that threshold,” explains Allen Rozema, executive director of Skagitonians to Preserve Farmland and one of the first to turn against the mitigation bank. “If the potato goes away, they’re the ones buying all the equipment right now. They keep the John Deere dealership going.”

As is the case in many agricultural regions, some of that rich farmland used to be wetland, and Rozema says wetland restoration is one of three major threats to the county’s agriculture base – with the others being urban sprawl and the fragmentation of farms into 40-acre ranchettes.

Such opposition to mitigation banking by farmers is a familiar dynamic across the country, and most state farm bureaus even have a policy of “no net loss” of agricultural property.

Washington is among several states that delegate decisions regarding mitigation banks to counties, where decision-making bodies are often undermanned and ill-prepared to evaluate such projects, says Sara Vickerman, Senior Director of Biodiversity Partnerships at Defenders of Wildlife. She also sees a divergence between the policies of farmers’ associations and the wishes of individual farmers.

“We’ve worked with farmers who have done restoration – both for mitigation payments and even because it’s the right thing to do,” she says. “But the trade associations often have policies that are not even flexible enough to let their own members do what they want to do.”

Indeed, Clear Valley was sold in part because it looked to be more viable as a wetland mitigation bank than as a farm.

“There are three – maybe four – banks approved in the whole state of Washington,” he says. “Mitigation banking isn’t the problem. The problem is housing and roads and industry going into farmland.

Rozema points out that Washington’s Growth Management Act identifies both wetlands and farmland as an important resource, but that farmland protection is lagging.

“Where are we going to grow our food?” he asks. “We’ve got growing populations dependent on less and less farmland.”

“One critical area is trumping another. That has created quite a quandary. That was one of our broad policy goals in pursuing the legal challenge,” he says. “To make sure that local and state officials are taking seriously their requirement to designate and protect prime agricultural farmland.”

That’s why Skagitonians to Preserve Farmland lined joined a legal challenge against granting Clear Valley the necessary permits. But in March the group reached a settlement with the bank. The terms: Clear Valley will permanently protect 220 acres of farmland on the property through a conservation easement. And they have agreed to make mitigation payments totaling $1.45 million for the loss of farmland to the county’s farmland legacy program.

The catch: The agreement hinges on the county amending its zoning code so that no new mitigation banks will be permitted on agricultural land in the county.

Friends of the County; Enemies of the Bank

The Skagit Valley is the largest watershed in the Puget Sound Basin, accounting for 30 percent of all fresh water flowing into Puget Sound. And because this is the Pacific Northwest, that means salmon. That’s part of the reason enviros had long coveted the Clear Valley parcel – it includes 50 acres of prime wetland and three miles of river used for spawning.

The conflicts between fish and farming are too complex to detail here, but it’s worth noting that one tribal entity supports the wetland restoration, but not the banking scheme. That’s because the service area for the bank does not differentiate sufficiently between different fish populations. The restoration should be good for salmon, but the bank enables destruction elsewhere.

Indeed, much of the opposition is now focused on the very efficacy of mitigation. Friends of Skagit County, with some 300 members, is the final obstacle to the bank. Executive director Ellen Bynum would not comment on the pending appeal. That hearing is required by law to focus on whether or not the permit was properly granted. Bynum would speak generally about mitigation.

“I consider wetland mitigation in general to be an outcome of failed planning,” she says. “We don’t know enough about how ecosystems work to be messing around with them. We do not have science and data at the ecosystem level. Until we have it, we probably shouldn’t be doing these things.”

Friends of the County – and the Bank

The environmental community is not united in opposition. The Skagit Land Trust knows the landscape owns adjacent land – the other half of Barney Lake – and while they would not consent to an interview given the delicacy of the situation, last year its board issued a letter about the controversy:

“It is an extraordinary place – a Class I Wetland which is considered the most important type in the State. A wetland of this size right next to Mount Vernon is indeed a rarity. In the winter Barney Lake teems with thousands of ducks and swans, and it serves as a juvenile salmon nursery. In the summer it supports nesting bald eagles and many other important wildlife species. It functions as important flood storage, protects water quality and recharges groundwater which is important for both wildlife and surrounding agriculture.

“[W]e do not think the choice for this land is between farmland preservation or wetland protection and restoration. It is about protecting the majority of this land as wetlands and farmland to the best of our ability. Otherwise it will all eventually be subdivided into large-lot residential parcels.”

Ironically, it was the very failure of mitigation that led to the Clear Valley proposal. Research by the state Department of Ecology suggested that the on-site mitigation practiced in Washington probably weren’t successful even half of the time. Banking, it was hoped, would allow mitigation to take place at a larger scale, and in places where it was more likely to succeed.

But, in part because of the Skagit controversy, the state’s new wetland mitigation banking rule includes language that discourages locating banks on prime soils and agricultural lands of long term commercial significance. Furthermore, it requires local jurisdictions at the table. Hart expects the rule to be finalized in the next couple of weeks.

That means in Skagit County, mitigation banking on ag land seems unlikely, and Clear Valley is stuck in what could be a long legal tangle.

“The disappearance of wetlands in Skagit County and across the country is a serious and alarming problem, but it has not captured the attention of the public the way that the farmland issue has,” says Hodge, reflecting on the dilemma. The irony is that mitigation could easily supplement the agricultural economy without supplanting it.