BP says it’s managed to plug the runaway well that pumped untold millions of barrels of crude oil into the Gulf of Mexico, but that doesn’t help people whose livelihoods depend on the Gulf’s natural resources.  WRI’s Stephen Posner and John Talberth examine the impact of oil on the Gulf’s most basic life forms and the challenge of assessing its economic value. 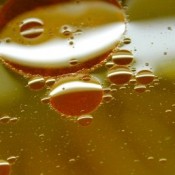 BP says it has managed to plug the runaway well that pumped untold millions of barrels of crude oil into the Gulf of Mexico, but that doesn’t help people living off the Gulf’s natural resources. WRI’s Stephen Posner and John Talberth examine the impact of oil on the Gulf’s most basic life forms and the challenge of assessing its economic value.


13 July 2010 | BP’s massive oil spill jeopardizes the underpinning of economic wealth in the Gulf of Mexico region – the diverse coastal and marine ecosystems that generate a bounty of goods and services for communities from the Yucatan peninsula to Key West. Ecosystem services, or the benefits that humans receive from nature, form the backbone of the recreation, tourism, and fishing industries, enhance property values along the coast, sequester carbon dioxide and provide storm and hurricane protection. The Gulf’s ecosystems provide all of these services free of charge, but they are not without value, and the massive BP oil spill has now put many of those ecosystems in great jeopardy.

A recently-released study by Earth Economics (PDF) estimates that the Mississippi Delta’s ecological communities currently generate up to $13,000 per acre in ecosystem services each year. Over the next hundred years, this estimate, for just the Mississippi Delta region, translates into a present value of $330 billion to $1.3 trillion, the wide range owing to uncertainties about the value of ecosystem services over that time period. Exposure to residual oil over the course of decades will diminish the value of ecosystem services generated by marshes, wetlands, and coastal waters in the spill’s path.

The loss of ecosystem service values from the BP spill will be felt in both the short and long term, both onshore and offshore. In the short term, for example, the CoStar Group predicts that the spill may drive down shore-area property value in the Gulf by ten percent over at least three years – a $4.3 billion loss. The spill’s effects on other services will endure for much longer. According to the Exxon Valdez Oil Spill Trustee Council, ecosystem services affected by that disaster are still recovering twenty years later (PDF). Using Earth Economics figures, a twenty percent reduction in ecosystem service values along the Gulf coast from the Louisiana-Texas border to St. George Island, Florida would equate to $15 to $60 billion in economic damages over a similar, twenty-year period, not counting losses to those directly affected by spill related closures in the short term.

Primary Production and the Oil Spill

Perhaps the most pernicious impact of the spill, according to Dr. Thomas Shirley of Texas A&M, may occur offshore, affecting what is known as primary production. In the Gulf and other ocean basins, primary production is the very basis for the marine food chain. It is the process by which organisms turn carbon dioxide into organic compounds, mostly through photosynthesis. Coral reefs, sea grasses and algae are the most visible primary producers in coastal zones, but most oceanic primary production comes from microscopic planktonic algae, or “phytoplankton.” The Millennium Ecosystem Assessment identified primary production as one of the most important “supporting” ecosystem services.

In the Gulf, primary production—measured in milligrams carbon per square meter per day – ranges from near zero to 7,300 near the Mississippi Delta at its peak in June and July. The annual average is 417 for the Gulf marine ecosystem as a whole. Tragically, the oil spill, which currently covers over 38,000 square kilometers lies almost directly across the area of highest primary productivity at the time of its monthly maximum.

What effect could a severe decrease in primary production have on the Gulf? Newly published research indicates that each one percent increase in primary productivity corresponds to a 1.3 percent increase in the fishery catch. The dockside value of fish brought in from the Gulf is approximately $997 million per year. If we assume that this value can be distributed according to primary production levels, each square kilometer currently under the spill can be thought of as generating $3,261 in annual commercial fisheries value. A twenty percent loss of this ecosystem service value over a twenty year period would imply a present value loss on the order of $350 million, or $875 million if loss of value is closer to 50%, which is the upper end of the range considered in the Earth Economics study. This simple calculation doesn’t account for the loss of jobs, income, and tax revenues when the catch is processed inland. Nonetheless, it is suggestive of ecosystem service damages at sea that are significant and long-lived,

Including Ecosystem Services in Risk Assessments

Decision-makers considering offshore leases must be cognizant of the potential economic damages associated with low probability/high impact events such as the Deepwater Horizon spill. Risk assessment needs to be comprehensive in nature, capturing potential impacts to coastal, nearshore, and offshore marine ecosystems from both a market and non-market perspective. This requires quantification of ecosystem service values and potential damages. Presently, the expected value of these natural resource damages is not included in the various economic analyses conducted by public agencies managing offshore oil and gas programs. Until this happens, our society will continue to undervalue ecosystem services and take on an unacceptable level of risk in pursuit of energy resources.

Stephen Posner works with the People and Ecosystems Program conducting ecosystem service valuation studies for business. He is currently in a PhD program in engineering and environmental sciences at Dartmouth.

John Talberth serves as WRI Senior Economist with the People and Ecosystem Program, providing economic analysis for its Southern Forests for the Future (SFF), Mainstreaming Ecosystem Services (MES), and Chesapeake Bay projects. He can be reached at jtalberth@wri.org.