Negotiators at last week’s UN climate change talks in Poznan, Poland, finally agreed on one thing: namely, that plenty of other people have to agree on lots of other things before any decision-makers can agree on the role of forestry and land use in combating global warming. The Ecosystem Marketplace digs into the details. 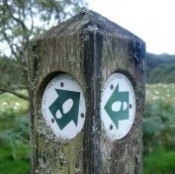 Negotiators at last week’s UN climate change talks in Poznan, Poland, finally agreed on one thing: namely, that plenty of other people have to agree on lots of other things before any decision-makers can agree on the role of forestry and land use in combating global warming. The Ecosystem Marketplace digs into the details.

15 December 2008 | Nobel Laureate Wangari Maathai was as regal as ever on Day 10 of the 12-day 14th Conference of the Parties to the United Nations Framework Convention on Climate Change (COP 14) in Poznan, Poland, when she reminded us that this is the country that spawned the Solidarity labor movement.

“That’s what we all need if we are going to affect meaningful progress on climate change,” she said. “Solidarity!”

Alas, that’s also what we didn’t get in Poznan – at least when it comes to agreement on how to reduce greenhouse gas emissions from deforestation and degradation (REDD).

In a classic Catch-22, negotiators in a key advisory body that was expected to provide guidance on scientific and technical matters (the so-called “Subsidiary Body for Scientific and Technological Advice“, or SBSTA) said they couldn’t offer any advice on the best way to measure and evaluate the amount of carbon captured by changes in land use practices until they had a better idea of what the overriding post-Kyoto policies might look like. At the same time, a higher-level body charged with defining those policies (the so-called “Ad Hoc Working Group on Long-term Cooperative Action under the Convention“, or AWG-LCA) hadn’t even considered the matter because it was waiting for word on which methodologies worked best.

Only after matters of science, technology, and policy are worked out can AWG-LCA kick the matter up to the ministers and elected officials who make up the UN’s “high-level” negotiators.

“That won’t happen for a while,” says UN Climate Change boss Yvo de Boer. “This one isn’t ready for politicians yet.”

To be fair, the Poznan talks were never designed to answer all of our questions on REDD (Reduced Emissions from Deforestation and Degradation), but instead to serve as a halfway point between last year’s COP 13 in Bali and next December’s COP 15 in Copenhagen, Denmark, where the goal is to come up with a framework convention that would then be used to draw up a document to replace the Kyoto Protocol after it expires at the end of 2012.

Although SBSTA is charged with “scientific and technical” matters, negotiators say it’s nearly impossible to disentangle methodology from policy. Indeed, there appears to be little debate about the science of measuring and monitoring carbon stocks in forests, farms, and peat bogs – and plenty about where to draw the lines that the science will be applied to.

Many negotiators tell Ecosystem Marketplace that REDD itself is no longer a contentious issue, but that things get hairy when they try to digest the decision made in Bali to expand the land-use debate from REDD alone into broader issues of “conservation, sustainable management of forests, changes in forest cover and associated carbon stocks and greenhouse gas emissions and the enhancement of forest carbon stocks to enhance action on mitigation of climate change and to the consideration of reference levels.”*

This expansion raised scores of policy-related questions that bleed into issues of methodology – questions such as whether all offset proposals from land-use changes should be included in the category of REDD (which would then become “REDD++”), or should different Agriculture, Forestry and Other Land Use (AFOLU) proposals be pursued separately from REDD? Add to that lingering questions about whether the final REDD mechanism should be national or sub-national, fund-based or market-based, and how to define a forest, then throw in the ways that different answers to these questions would impact different nations, and it’s not hard to see how tall the order was on SBSTA to evaluate methodologies in light of policy guidelines it could only guess at.

To many, that’s a giant step backward – after all, SBSTA negotiators have met twice between Bali and Poznan: once in Tokyo, Japan, and once in Accra, Ghana. Those meetings led observers to expect more progress in Poznan.

“Coming out of Accra, there appeared to be clear agreement that the methodological issues around measuring and monitoring forests had been solved,” says Stephen Schwartzman, Director of Environmental Defense Fund’s Tropical Forestry Policy program. “The group said they had made enough progress to start talking about policy issues – such as how reducing emissions from deforestation can be financed.”

Many Trains; One Destination

Adding to the complexity is the fact that SBSTA and AWG-LCA are far from the only groups involved in this complex process. Within the UNFCCC, for example, there’s also the AWG-KP, which stands for “Ad Hoc Working Group on Further Commitments for Annex I Parties under the Kyoto Protocol.” It’s charged with updating the Kyoto Protocol itself in case some parties decide to simply renew it.

“There are many trains headed toward Copenhagen,” says John-O Niles, Director of the nonprofit Tropical Forest Group. “They have to all get there, change passengers, move cars around, re-gear, and then prepare themselves for an even longer and more dangerous journey – namely, hammering out the details after the Copenhagen framework is laid out.”

But in the closing days of Poznan, all SBSTA could deliver was a so-called “draft conclusion” that, among other things, prods AWG-LCA for guidance on policy and proposes a series of meetings through June.

SBSTA and the two working groups are ultimately answerable to competing national interests that will form policy and dictate various methodologies for evaluating the impact of land-use change. Here, countries with similar interests often find themselves sitting askew at the negotiating table.

Take, for example, the different negotiating stances put forward by India, the United States, and many African nations – all of which often talk the same talk at a policy level, but walk slightly different walks in negotiations. The United States and India have little in the way of deforestation that can be avoided, and argue that recognizing only credits from REDD would punish countries that had been reforesting or protecting their forests (for more on the debate over baselining, see Carbon and Avoided Deforestation: the Road to Bali or Climate Change and Forestry: a REDD Primer).

Likewise, all three could benefit from payments to farmers in support of emission-reducing agricultural practices, but only the United States already has such a program (although repackaging agri-environment payments to farmers as a “climate mitigation activity” is proving a tough sale). While the Indians aggressively pushed for REDD++ in negotiations and the Americans argued for an even broader approach to land use-based emissions including the recognition of carbon absorbed by all land use change, African negotiators took a softer approach – pushing for REDD, but willing to take a rain check on AFOLU, even as the Common Market for Eastern and Southern Africa (COMESA) was promoting its “BioCarbon” initiative, which explicitly endorses credits from sustainable agriculture and forestry.

“REDD is a good initiative, but it’s not all-inclusive,” says COMESA Secretary General Sindiso Ngwenya, who derided a REDD-only approach as “political, social, economic apartheid” that punished subsistence farmers even as the Clean Development Mechanism pays for new power plants in China and India.

So, why the contradiction?

“In the long run, we want to bring in agriculture,” explains Ghanian lawyer Yaw Osafo, who is representing Papua New Guinea in negotiations. “But we have the problem that subsistence farmers are cutting down forests now for meager sums, and the methodologies and other technological things are more advanced under REDD than under other land-use programs.”

He believes that adding too many plusses to REDD could squeeze all land-use proposals off the train to COP 15.

“If we decide now that we must have a comprehensive approach, we’re not going to have any decision in Copenhagen,” he says.

Meanwhile, at side events throughout the negotiations, forestry advocates complained that restoration of degraded forests was getting short shrift in negotiations.

Mugumya agrees, but says SBSTA can’t offer technical guidance on how to measure carbon captured by restoring degraded forests until a clear signal comes from higher up on what the larger policy will be.

“We don’t even have an agreed-upon definition of the point at which a degraded forest becomes a bare area,” he says. “This is important because the state of the land determines the ability of that area to be returned to a point where it can store and maintain carbon stocks. Once you agree on a definition, the science will be universal, but we don’t have that definition.”

Mugumya says that the definition of degraded land versus deforested land varies from nation to nation, and adds that such differences are the rule rather than the exception.

He adds, however, that different approaches often reflect underlying differences in the realities on the ground across the world – and cites one of the more contentious issues coming SBSTA’s way: namely, how to measure and monitor the impact of land-use practices on indigenous people.

“If you look at Africa, we don’t have indigenous peoples per se, because the indigenous peoples concept is grounded in historical circumstances,” he says, pointing out that most (but not all) indigenous rights campaigns focus on South America, where Spanish and Portuguese ‘exotics’ and the native South Americans – the ‘indigenous’ – have been haggling over resource rights for centuries.

“But Uganda is a country shaped by constant migration, so we never had a period of separating indigenous and exotics,” he adds. “What’s more, the owners of the forested areas are more closely aligned with the ordinary Ugandans than with the government, because the government only owns protected areas. A completely different reality, and a completely different methodological situation.”

As a result, he says, negotiators often agree in principle on apparently contentious issues, but disagree on the wording of documents.

“The implication of including the rights of indigenous peoples in a draft would impinge on the constituents of an American negotiator,” he says. “That’s because if you are American, you don’t have a definition of ‘a people’; instead, you are by law free as individuals, so the Americans need to have language that fits their legal definitions.”

The good news, then, is that we do have solidarity of a sort – we just can’t figure out how to put it in writing.

*From the 2008 SBSTA draft conclusion.