Brazil is at the forefront of a debate between those advocating the use of the carbon markets to save tropical rainforests, and others insisting that national and international funds should do the work. Ecosystem Marketplace looks south to find where the two camps are finding common ground. Second in a series leading up to the 14th Katoomba Meeting in Mato Grasso, Brazil. 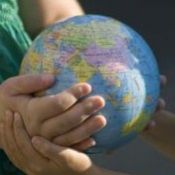 Brazil is at the forefront of a debate between those advocating the use of the carbon markets to save tropical rainforests, and others insisting that national and international funds should do the work. Ecosystem Marketplace looks south to find where the two camps are finding common ground.

Second in a series leading up to the 14th Katoomba Meeting in Mato Grasso, Brazil.

25 February 2009 | When the Katoomba Group gathers in Mato Grasso, Brazil for its 14th meeting in early April, it will find itself at the crux of a vital disagreement over how best to protect existing forests.

On one hand, we have the host Brazilian state of Mato Grasso, which contains some of the most threatened rainforest in Brazil. Last November, Mato Gasso signed a historic agreement with the US state of California to jointly pursue the generation of carbon credits to fund forest protection. The two joined five other developing states as well as the US states of Wisconsin and Illinois to develop the world’s first sub-national projects designed to Reduce Emissions from Deforestation and Degradation (REDD).

On the other hand, there is the host country, Brazil, which encompasses the forests of Mato Grasso and much more. The Brazilian government has publicly opposed funding forest protection efforts through a carbon credit generating mechanism such as REDD. Instead, it has actively courted donors for the Brazil Amazon Fund, a mechanism to protect forest cover that relies on contributions from countries and organizations.

This gap between the state and the federal government hints at a long-running rift in the forest protection crowd: Should forest-rich governments depend on donations from public and philanthropic sources to support protection efforts? Or should they seek to enter financial markets and let investors subsidize their work?

For a long time, many of the world’s leading conservation organizations remained as divided over the issue as the Brazilians.

Organizations like the World Wildlife Fund opposed focusing on the carbon market.

Staffers observed the well-chronicled problems in the European carbon markets and doubted these mechanisms had the muscle to fund effective reforestation efforts.

Plus, marketing forest protection as a commodity came with its own host of well-explored challenges.

“There wasn’t a system to measure forest degradation,” says Christine Pendzich of the World Wildlife Fund’s Forest Carbon Network Initiative. “You didn’t know what your baseline was and you couldn’t measure reductions (from forests).”

Meanwhile, organizations like Environmental Defense Fund (EDF) argued that private markets couldn’t be dismissed, because public donations would never be equal to the task.

“If the only way we think we can avoid deforestation is by the US Congress allocating funds, that’s not realistic,” says EDF’s Gus Silva-Chí¡vez. “We clearly see a huge problem with non-market funding.”

Now, outside of Brazil at least, this policy divide seem to be collapsing.

By the end of this year, delegates to the 15th United Nations Climate Change Conference in Copenhagen (COP-15) plan to have made final decision about forest protection’s place in the global compliance carbon markets, and players seem to be lining up under a shared reality: both mechanisms will be necessary to save the worlds’ forests and slow climate change.

“We are going to need a lot of money,” says Pendzich of the WWF, which has abandoned its opposition to using the carbon market to help protect forests. “We’re going to need it from many sources. No one funding source is the solution.”

“The old way of market versus non-market is unrealistic,” says Silva-Chí¡vez of EDF, which has dropped its opposition to non-market funding.

Now, EDF supports the kind of spending that helps pave the way to sell emission reductions from forestry initiatives.

“What we need to do is create the right set of incentives for developing countries to start getting money to get them ready for the market,” says Silva-Chí¡vez.

And so it seems the outlines of a consensus could be emerging: use non-market funds to lay the groundwork for an eventual market-funded incentive system. Employ philanthropic dollars and government money to prepare countries around the world to sell emissions reductions from forestry.

Now, the debate has shifted to what kind of non-market spending is needed to pave the way to REDD’s entrance to the carbon market – and how it should be done.

The most common answer you’ll hear is capacity building. That means doing to the fundamental dirty work that would provide the fundamental guarantees for any carbon market. And it is not the type of expense that really interests many investors.

“You have to have regulations, property allocations. Who owns this carbon? People want to know that,” says Pendzich. “It’s a whole big rural planning exercise once you start looking at it.”

Since Bali, a number of initiatives have begun to work with developing countries on this front.

The United Nations has an entity called the UN REDD Programme Fund that has $35 million dedicated to capacity building as well.

It is also happening country-to-county. Earlier this month, Norway and Guyana announced a partnership where Norway will fund the South American country’s efforts to fight deforestation and prepare for the REDD markets.

But the sheer number of initiatives begs the question: Is this effort being properly coordinated?

“I think that’s one of the real problems,” says Silva-Chí¡vez. “You run the real risk of throwing money without knowing where it is going.”

Climate Focus director Charlotte Streck sees another problem with the widespread focus on capacity-building. It misses perhaps the most important role that non-market funding can play in jump-starting the market: demonstrating to countries a sense of what they have to gain.

“In Brazil, you have the political commitment,” says Streck, “but in tropical countries you don’t have a widespread commitment.”

For Streck, that means providing money to help developing countries choose their own consultants. It means investing in studies that can speak in economic and policy terms to the impact of this revenue on their budgets.

“It’s not a problem of monitoring, it is a problem of development,” she says. “People need to understand the benefits. That is a much more ambitious undertaking, but I think it is absolutely essential.”

While most non-market funding focuses on training governments, a new effort is focusing on training carbon market actors in developing countries.

Conservation International is in the pilot testing phase of a fund (a two-page overview PDF can be accessed here) designed to support field-based carbon demonstration activities.

The fund’s focus is on supporting the local communities and developers as they attempt to make “investment-grade” carbon projects in advance of investor demand.

“If you look at the more than 100 forest carbon projects and some REDD projects, they are all underfunded because they are living hand-to-mouth,” explains Ben Vitale, Managing Director of CI’s Conservation and Community Fund. “They can’t find the money to get through PDD (Project Development Document), verification and project start-up. We see that there is a gap in funding.”

Vitale says CI has raised a “significant sum” from a range of donors to support these efforts.

Meanwhile, Back in Brazil

So what to make of the conflict in Brazil? In one sense, the disagreement is unique to the country, but in another sense it could portend the future for the rest of the world.

Brazil, after all, is one of the few places where capacity building is relatively advanced. The Brazilians have established solid baselines and monitoring efforts for their forests.

In that respect, the national government isn’t an uneducated youngster, passing the hat to get schooled in the carbon market. It’s more like a college graduate with a sophisticated critique.

“They are concerned that industrial countries will remain at the status quo while Brazil does all of the work,” says Anthony Anderson, who is stationed in World Wildlife Fund’s Brazil office.

Instead of making binding commitments to future reductions, which would be required in the carbon markets, the Brazilians would prefer to take donations to support their protection efforts. These donations have performance benchmarks for future funding (i.e. no reductions, no more money) but they won’t make Brazil legally responsible if emission reductions don’t occur for any number of reasons, from poor management to rapid deterioration of the world’s climate.

Could other countries start making the same demands once they’ve learned the carbon ropes? Or will it be Brazil that falls into the fold?

With Brazil’s own states courting the carbon market, a resolution will be necessary.

“There’s going to have to be some kind of meeting of the minds on this,” says Anderson. “The Brazilian government has been known to change its mind in the past.”

Ted Rose is the principal of Rose Carbon LLC, which consults with companies and organizations on the renewable energy and carbon markets. He is based in Boulder, Colorado, and can be reached at ted@rosecarbon.com.