Six years in the making, Peru’s new Ecosystem Services Law passed on Thursday, providing a comprehensive legal framework for the sticky issue of payments for ecosystem services (PES). It is one of the most advanced pieces of legislation of its type, but had been stuck in committee for five years. Here is the latest from Lima. 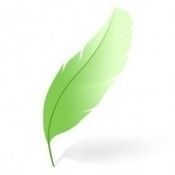 The law passed on Thursday with 83 votes in favor and none against, with no abstentions, the release said. Here is a rough translation of the release, which is available in Spanish here, followed by earlier Ecosystem Marketplace coverage of the act. We will update this story during the week. Be sure to check back.

Adopted at the World Environment Day (Dí­a Mundial del Ambiente), this law will give an adequate legal framework to those voluntary agreements that have already been registered among citizens, to ensure the provision of goods and services that nature provides us. Roger Loyola, director of Evaluation, Assessment and Financing of Natural Heritage (Evaluacií³n, Valoracií³n y Financiamiento del Patrimonio Natural) for MINAM, said this law will promote recognition actions for both parties involved: one that helps maintain ecosystem conservation actions, recovery and sustainable use of ecosystems, and one that receives the benefit of this work.”The first ecosystem service that MINAM are working on are water resources, working with the watershed between highlands and lowlands, for the mutual benefit of both. We are also looking at forest carbon,” said Loyola. In other cases, there are communities that have called for the creation of a control forest to receive a benefit to avoid land use and deforestation.

Examples of this type have already been carried out not only abroad, Costa Rica and Ecuador, but also in Peru itself. For example, the Pacific Insurance Company signed an agreement that allows the forest Tambopata (Madre de Dios) keeps up the company and thus offset their emissions. Another example is that of Tumbes where users pay to maintain three micro Alto Mayo and ensure the quality of water for human consumption.

“What we propose is the measurement and regulation of voluntary human actions. This does not mean that the established environmental obligations are maintained, for any person, firm or entity of the State to fulfill its duties are not exempt ” Loyola said.

Article 12 of the Law states that the MINAM support the regional and local governments, through the Incubator Compensation Mechanisms for Ecosystem Services, whose main function is to support these processes.

Here is earlier coverage of the law:

18 April 2014 | It’s not easy for any country to protect its natural areas from exploitation, but Peru is making a solid attempt to preserve its forests, which store massive amounts of carbon and provide habitat to thousands of rare and endangered species – delivering in the process benefits that accrue to the world at large and not only to Peru.

The country’s legislators have drafted one of the most comprehensive pieces of legislation for governing Payments for Ecosystem Services (PES), but the Ley de Mecanismos de Retribucií³n por Servicios Ecosistémicos has been perpetually on the brink of passing since it was introduced in 2008. It emerged around the same time as the Brazilian state of Acre’s System of Incentives for Environmental Services (Sistema de Incentivo a Serviços Ambientais, or “SISA”), and like that ground-breaking initiative, the Peruvian law would create a legal framework for conservation efforts that harness private capital.

In December, a key congressional commission gave the bill a thumbs-up; in February, the Ministry of Environment (Ministerio del Ambiente, or “MINAM”) launched a consultation initiative with indigenous people; and last week, the bill was slated to be formally debated for the first time before the entire National Congress.

That debate, however, never took place, and now the bill is back on ice – a development that will feature prominently at the 20th Katoomba Meeting, which runs from April 22 through 25 in Lima.

The Laws of Limbo

In Peru’s unicameral system, a bill must first emerge from a commission before being introduced to the congress at large. The PES Bill passed that hurdle in December, when it was approved by the Committee of the Environment and Ecology. It was supposed to have its long-awaited debut before Congress on April 10, but then it got pushed back to April 15, when it was again left in the lurch. Now it isn’t clear if the bill will head back to the Environment Commission or again be presented to the entire Congress.

Those close to the process are speculating as to why the bill didn’t progress. It’s possible legislators outside of the Environment Committee disagreed with the bill. It’s also possible the last congressional meeting was simply packed with other proposals and they didn’t have time to discuss the PES bill.

The bill provides a legal framework to support a diverse range of ecosystem services – including greenhouse gas emissions reductions, biodiversity conservation and the preservation of natural beauty. Investments in watershed services (IWS), an already popular water management method in the country, have also been incorporated into the proposal.

There are two parties involved in the PES process that the bill lays out. The first are land stewards – farmers, indigenous peoples, landowners and individuals involved in ecotourism, who act as the receivers of ecosystem services. The other group – mostly civil society, businesses and municipalities – are the payers. They compensate the land stewards to practice sustainable land-use. These sustainable practices ensure businesses and cities will have the ecosystem services, like clean water and air, that they need to survive and thrive.

The government will be responsible for identifying the payers and also for administering the compensation process.

Monitoring for compliance and effectiveness will vary by program. For REDD (reducing emissions from deforestation and forest degradation), which is already well-developed internationally, the law incorporates existing certification procedures and standards.

Congressman Nestor Valqui Matos was one of the leading legislators on this bill, guiding it through the Commission. He tells Ecosystem Marketplace that some key details still need to be ironed out, and he singled out the law’s lack of provisions on preexisting conditions. This, he says, introduces an element of uncertainty that could come back to haunt them if not dealt with now. Conditions like determining the legal rights to the area where the project will take place and who stands to benefit should be decided on at the start.

Jose Luis Capella agrees. He is Director of the Forestry Program in the Peruvian Society of Environmental Law (SPDA), and says all of these issues should be worked out in the design phase.

The Changing Role of Government

Peru’s Payments for Ecosystem Services (PES) programs are still voluntary agreements between parties, which means the government’s role is limited. It boils down to ecosystem services management and providing regulatory certainty for contracts.

“It’s a voluntary agreement between private parties with a private contract but the state often owns the natural resources at the center of the contract,” says Capella.

Therefore, PES programs require state involvement as well as participation from the private sector in order to operate – but that degree of involvement is still a matter of debate. Institutions have argued in certain locations – near remote communities, for instance – more government intervention is needed in order to provide transparency and keep information flowing to the locals. Otherwise, locals may feel their rights are being violated by outside organizations.

But Capella says the focus right now shouldn’t be on government monitoring but on simply creating more programs.

Matos says prior consultation is only proposed where the project has the potential to directly impact collective rights of indigenous peoples.

“It’s important that all actors involved in a PES project benefit,” says Capella. “This law will help achieve that by keeping everyone properly informed and creating opportunities for those closest to the forest.”

The bill also faces implementation challenges on a regional level, because regional governments must be able to involve a consortium of individuals including forest users and indigenous groups but also NGOs and federal government agencies like the Ministry of Environment and Agriculture and Irrigation. Companies involved in water management, as well, will often need to be involved in developing a program.

Implications of a PES Law

Examples of PES and IWS in Peru are plentiful. One such example is the program implemented in the Rumiyacu-Mishquiyacu micro-watersheds, located among the jungles of Peru’s San Martin region. The area was degraded and the plan was to compensate using non-monetary benefits like tools to support sustainable production and technical advice. In return, participants in the project agreed to switch from their old ways of managing the land, which resulted in harmful environmental impacts, to a sustainable land management style that enhanced the ecosystem services.

People affected by the harmful land activities-mostly those living in the city of Moyobamba in Moyobamba province, agreed to finance the sustainable activities. This voluntary payment was made through their monthly water bill.

And there will continue to be movement in this space on different levels as the legislation works its way through Congress. The The Watershed Services Incubator, a collaborative initiative between environmental non-profit Forest Trends (publisher of Ecosystem Marketplace) and MINAM, among other institutions, is one active project. The incubator acts as a capacity-building platform for developing water projects based on PES.

Ultimately, Peru’s proposal aims to coordinate all of these activities by providing a simplified framework for PES to increase the mechanism’s use. It’s based on a simple idea that isn’t particularly innovative: those who help maintain and improve ecosystem services establish an agreement with those who are voluntarily willing to compensate for those services.

Elisa Arca is a journalist living in Lima, Peru. She writes for cambia.pe and can be reached at [email protected]