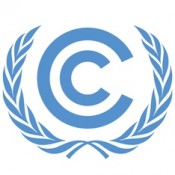 30 January 2013 | In reviewing the impacts of the UNFCCC COP-18 in Doha, leaders from the climate space say much work remains to be done on financing countries’ emissions reductions as we head into a post-2020 international climate regime. A  post-Doha panel  hosted by  Ecosystem Marketplace, McGuireWoods, and the International Emissions Trading Association last week discussed next steps for climate finance, highlighting the need for smarter leveraging of limited public funds and heavier private sector engagement in order to bridge the finance gap.

Last week’s panelists acknowledged Doha’s pragmatic lens on climate finance, which they saw as a departure from past COPs where negotiators labored over whether climate finance should be public or private.

Interim work on mobilizing climate finance will be key to expanding existing mitigation and adaptation activities, the panelists said, and while there is no quick fix, there are untapped strategies and partially developed tools that together can narrow the climate finance gap if brought to scale.

One outlet that can harness both public and private instruments is the emerging Green Climate Fund (GCF), which is intended to transfer mitigation and adaptation funding from developed to developing countries.

The panel noted that, until recently, major multilateral funds have transferred climate finance from government to government. The Clean Development Mechanism, in contrast, gained recognition as a conduit for project developers to engage directly with the private sector to tap into project-level mitigation finance. It is envisioned that the GCF’s Private Sector Facility could leverage public money to directly incentivize private action in the same vein – a necessary collaboration considering the price tag.

Bob Dixon, GCF’s Interim Secretary and GEF’s Team Leader of Climate Change and Chemicals, put the intended scale of the GCF into perspective at last week’s panel: “The World Bank today does about $50 billion worth of business in a given year. The GCF is creating an institution that would process twice that on an annual basis, using both public and private money – mostly private – to finance mitigation and adaptation activities.”

Panelists said that Doha’s extension of the Kyoto Protocol through 2020, alongside governments’ continued development and linking of domestic markets, provides a clear, long-term signal for carbon offset project developers and investors.

As the EU Emissions Trading Scheme and the Clean Development Mechanism still suffer from low prices, some carbon market participants have sought to obtain a premium for low-priced CERs by selling into the voluntary carbon markets.

Zubair Zakir, Global Carbon Director at The CarbonNeutral Company, cautioned on the panel, “The voluntary market can’t be a stop-gap measure for surplus CER supply – it really is the role of governments to intervene.” He stressed that the priorities and capacity of the voluntary markets – which are limited in size and demand – lie elsewhere.

“The voluntary market’s real contribution, and what it does best, is focusing innovation on and highlighting areas where emission reductions can be efficiently created whilst generating significant sustainable development impacts,” he said.

It remains to be seen whether the Clean Development Mechanism – pending reform – will continue to attract carbon offset investment compared to independent standards or domestic/regional programs. For emerging jurisdictional accounting frameworks on REDD+, public-private collaboration is crucial for harmonizing national, subnational, and project-level finance, as is being realized in Acre, Brazil.

In a world of non-delivery and non-permanence risks, political instability or natural disaster could jeopardize mitigation or adaptation projects. The panel noted that institutions working in the climate space must address these risks if they are to reconcile long-term environmental and social goals with investors’ focus on yield-based returns.

As donors become increasingly concerned with performance (e.g. Norway’s call for stricter verification requirements for emissions reductions claimed by recipient countries), the GCF and other public funding sources may consider incorporating pay-for-performance models into their work.

Similarly, vulnerability reduction credits – noted by the panel as another performance-based mechanism currently in the works – could help finance adaptation projects in developing countries based on verified reductions in climate vulnerability.

What makes the private sector tick?

KPMG, a global financial consulting firm, has kept its finger on the pulse of the private sector through its climate change and carbon advisory services. Katherine Blue, a Managing Director in the US practice, stressed there were strong opportunities to engage the private sector through market-based solutions that can quickly and effectively deploy capital to appropriate projects.

“The private sector is interested in using the market more effectively, and also looking at options with NAMAs [Nationally Appropriate Mitigation Actions] to fund private sector sustainability and carbon reduction projects,” she said at last week’s panel, noting that the private sector has a vested interest in implementing projects that directly impact the areas and communities in which they operate directly.

With corporate strategy ever more sensitive to climate risks, the panel also pointed to the greening of supply chains as a bright spot of opportunity for corporate investment in offsetting – and in some cases “insetting” – particularly in the realm of agriculture.

Adaptation in the running

The bulk of practitioners in the climate finance space have spent their careers focused on mitigation, but adaptation is gaining prominence as a competing priority.

In Doha, negotiators directed both the GEF and GCF to devote a growing portion of investments to adaptation infrastructure and technologies. On the side, the Higher Ground Foundation is looking to identify pilot projects for its vulnerability reduction credits scheme.

It remains to be seen how this trend might affect the ambition levels of emissions reductions going into future climate negotiations.

Daphne Yin is the Voluntary Carbon Associate in the Carbon Program at Ecosystem Marketplace. She can be reached at [email protected]

Panelists Explore Post-Doha Prospects For Bridging Global Climate Finance Gap offers an analysis of Doha’s impact on climate finance from the perspective of industry leaders a month after the event.