California and Oregon have long been friendly environmental policy rivals. California has set environmental standards in many areas, particularly air quality. Oregon wrote the first bottle bill, the first state land-use law, and the first state climate-change law. But on the species banking front, California dominates, 94 to 2. An innovative new multi-credit system being pioneered in the Willamette Valley could change the game. 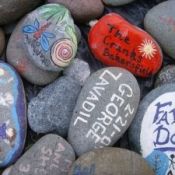 California and Oregon have long been friendly environmental policy rivals. California has set environmental standards in many areas, particularly air quality. Oregon wrote the first bottle bill, the first state land-use law, and the first state climate-change law. But on the species banking front, California dominates, 94 to 2. An innovative new multi-credit system being pioneered in the Willamette Valley could change the game.

28 February 2009 | Three years ago, Oregon looked ready to re-invent conservation banking. Instead of establishing separate banks to offset wetland damage and other habitat loss caused by transportation construction, the Oregon Department of Transportation (ODOT) was going to roll it all into one package.

Just months later, however, the plan was shelved.

State and federal agencies were hesitant about the accounting – and perhaps uncomfortable about the fact that the idea came from within the regulated community. A revision of ODOT’s work plan also significantly reduced the amount of habitat ODOT would harm. Backtracking to a more traditional conservation banking approach, ODOT chartered the first species bank in the state, a vernal pool bank, and is continuing work on a bank to protect the Oregon chub.

Given the state’s focus on environment and its penchant for innovation, conservation banking in Oregon has been surprisingly slow to develop. Partly it’s because the species mix is not amenable. The timber value of 1000 acres of old growth forest is so high that it dwarfs any potential banking payoff. It’s also difficult to determine an appropriate banking strategy for a wide ranging species like salmon. Furthermore, many of the listed species in the state are plants, and the Section 9 consultations required by the Endangered Species Act that help drive banking don’t generally cover plants.

Kemper McMaster spent 30 years with the Fish and Wildlife Service, finishing his career with eight years in the Oregon office where he oversaw compliance with federal environmental laws. Now with California-based Wildlands, Inc., he’s helping develop its mitigation portfolio in the Pacific Northwest.

“It takes a policy attitude at senior managerial levels to bring banking to bear in an organized policy framework. And it takes staff-level engagement to implement those policies,” he continues. “In all cases, it somewhat resembles sausage-making. It’s a great product at the end, but getting there can be something you really don’t want to watch.”

Events in Oregon do merit a close watch. The multi-resource credit approach dropped by ODOT has been kept alive by activists and the consultants who helped develop it. With backing that reaches into the Governor’s office, Oregon is now home to several major projects that could profoundly shape the direction of conservation banking.

The Institute for Natural Resources at Oregon State is involved in a two-year research project to better integrate wetland and endangered species issues into the Byzantine transportation planning process. Sarah Vickerman, at the Portland office of Defenders of Wildlife, is spearheading an effort to develop a voluntary Marketplace for Nature in the Willamette and Chesapeake Bay regions.

The “Other” Ecosystem Marketplace

Furthest along, however, is the Ecosystem Marketplace Initiative of the Willamette Partnership.

The story begins in 1998, with efforts to develop a restoration plan for the Willamette River Basin, which includes much of Portland and extends south from there. The Willamette Partnership was formed in 2004, with input from incoming Governor Ted Kulongoski, to implement the restoration plan. The coalition includes conservationists, municipal leaders, businesses, farmers and scientists, and its goal is increasing the pace, scope, and effectiveness of conservation in the basin.

Building a market in ecosystem services was an early priority. In January of 2006, Harvard Business School strategy guru Michael Porter evaluated Oregon’s business plan and suggested that if the state could establish a regulatory environment that was both pro-business and pro-sustainability it would be “epic” for regional economic development. Later that year, the Partnership won a $779,000 Targeted Watershed Grant from the U.S. Environmental Protection Agency to assist in the design of the technical and legal framework needed to facilitate credit trading and banking of ecosystem service credits.

Leadership coalesced as well. In December of 2007, the Oregon Leadership Conference – a mainstream economic development project – put the establishment of an ecosystem marketplace on its agenda. Allen Alley, Governor Kulongoski’s Deputy Chief of Staff, and Bill Gaffi, General Manager of Oregon’s Clean Water Services, argued for a state-wide focus on ecosystem markets:

“Oregon is uniquely positioned to create the infrastructure that makes an ecosystem services marketplace possible, in part because a number of Oregon businesses, agencies, and non-profits have already made considerable market development investments.”

The Sum of the Parts

Environmental laws address specific problems like wastewater discharge or habitat destruction, but it’s impossible to cover everything. Even under full compliance with all existing federal and state regulations, ecosystem health in the Willamette Basin would probably continue to decline.

“The regulatory agencies are statutorily limited,” says Primozich. “They don’t have the ability right now to reward better, more comprehensive restoration of the type we need, in the places where we need it.”.

The result, he says, is that businesses will choose “projects that are really geared toward reducing temperature without regard to what the environment actually needs.”

Using an ecosystem services model, cities and businesses that release clean but warm water into rivers could finance the planting of streamside shade trees, wetland restoration, or floodplain reconnection. These systems cool water naturally, and provide many other ecological benefits besides. They are also expected to cost less than engineering solutions to water temperature.

“We know we’re not going to get the results we need ecologically if we don’t find a way to reward better, more comprehensive restoration,” says Primozich.

“We want the markets to facilitate strategic investment,” adds Sarah Vickerman, of Defenders of Wildlife, and a leading proponent of the ecosystem markets. “We don’t expect the market to do everything, but to help meet broader ecological goals we definitely want to build mechanisms to be able to combine these different markets,”

For example, in an area with a lot of endangered species, “if you have to do an individual bank for every species, it’s going to be a nightmare, and you will not get the scale. Projects are going to be small and scattered. So we would prefer a mechanism that deals with multiple species, even those that aren’t listed.”

The big problem here is counting all the values in a way that satisfies the regulatory agencies. In 2007 the Partnership received a $656,000 Conservation Innovation Grant from the Natural Resources Conservation Service for “building a transparent and trusted accounting system”. The “Counting on the Environment” project will lay the groundwork for the Willamette Ecosystem Marketplace, an integrated ecosystem services market serving the entire Willamette Basin.

“If you’re going to measure across the landscape the benefits being provided by the ecosystem, then we need measurement systems that nobody has reached agreement on yet,” says Kevin Halsey, a consultant with Parametrix, which has been working on the project since the idea first hatched at ODOT. “There is always going to be this dynamic tension between a system that is simple enough to operate and robust enough to tell us something meaningful.”

It’s a paradigm shift. Environmental measurements used by the EPA such as the pollutant-focused TMDL (Total Maximum Daily Load) are very technical.

“Almost by default we have to go to engineered solutions to get to that level of rigor,” says Halsey. “You can’t really have compliance, or a guarantee of compliance, if what you’re trying to do is restore habitat. That’s one of the things that [in the past] has moved us away from an ecosystem approach, that requirement that we need to be able to calculate something down to such a minute amount.” Of course, the numbers still matter. “Once we have a way to count it that the regulators can agree to, then we have the ability to work with those land managers and help them understand the asset value of restoration.”

“We’re desperately trying to figure out a way to balance the precision in measuring these things with the practicality of implementing them,” adds Vickerman. “Because you want them to be credible, you want them to be scientifically valid. You want all of that and, at the same time, you could spend more money on measuring stuff than the benefits you get on the ground, if you’re not careful.”

In February of 2009 the “Counting on the Environment” working group reached agreement on the first currencies to test, agreement on the basic methods used to calculate the credits, and agreement on a strategy for integrating all of these values into a single market. As many as 5 pilot projects could be completed in the next two years.

“All the agencies that would need to approve this are at the table,” says a hopeful Bobby Cochran, the project manager, adding that they all agreed the five currency types being considered for the first phase are appropriate: wetland, prairie, salmonid, water quality for nutrients, and water quality for temperature.

“Everything we’re engaged in now is working toward regulatory approval for functions-based accounting,” says Primozich.

To complicate things, a site could score high as salmonid habitat, but have six in-stream barriers between the habitat and the fish population. It scores functionally as habitat, but is not of much value to the fish resources the project is trying to protect and restore.

All pilot sites are potentially eligible for conservation credit transactions, though the landowners could choose to retire the credits instead. Field visits begin in March for all 5 sites. Among the first is Delta Ponds, a 150 acre site near Eugene, off the main stem of the Willamette River. The virtual exercise of calculating credits will include wetlands, water temperature, and salmonids. Target date for regulatory approval is August of 2009, with restoration to be completed a year later.

Ultimately, the Willamette could provide the first fully functional model of valuing a panoply of ecological services. This is just the beginning, cautions Cochran. “We’re doing what we can. This is version one.”