REDD+ negotiators have reached agreement on most of the sticky technical issues they needed to address, but talks have bogged down on how funds should be dispersed. Some developing countries are pushing for the creation of a new committee under the COP to coordinate funding, while developed nations argue that’s an unnecessary. Here’s a quick summary of today’s agenda. 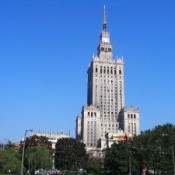 REDD+ negotiators have reached agreement on most of the sticky technical issues they needed to address, but talks have bogged down on how funds should be dispersed. Some developing countries are pushing for the creation of a new committee under the COP to coordinate funding, while developed nations argue that’s an unnecessary. Here’s a quick summary of what’s on today’s agenda.

19 November 2013 | 10:10 GMT, 11:10 CET | WARSAW | Formal REDD+ negotiations will resume here this afternoon to address the critical issue of how to disperse funds to countries that reduce deforestation and forest degradation.

On the table are three options. Two of them call for continued engagement under existing institutions, but the third – advocated primarily by Papua New Guinea (PNG) and the Coalition of Rainforest Nations, with backing from several least-developed nations and Indonesia – calls for the creation of a new “REDD-plus body” that would act as “the overall advisory body to the Conference of the Parties to improve coherence and coordination in the delivery of financial and technical support for the implementation of the [emission-reduction] activities.”

Last week, negotiators signed off on detailed guidance for two critical issues: namely, how to develop reference levels that measure a country’s rate of deforestation its reference levels) and how to determine which activities can be recognized and incentivized under a pay-for-performance mechanism. Much of the text regarding activities, however, is contingent on negotiators reaching agreement on finance.

The Polish government is pushing for a quick solution to the financing issue this week in order to leave the talks with a solid and comprehensive REDD+ text, which will include guidance not only on reference levels, activities, and finance, but Measurement, Reporting and Verification (MRV, which includes defining the role of international verifyers), how to ensure safeguards, and how to address the drivers of deforestation.

With the “REDD Rulebook” in place, REDD countries will have more clarity as to how they can apply for readiness funding.

Why a New Committee?

PNG proposed the creation of the REDD+ body last year in Doha, and argues that it’s needed because developing countries will not take on the expense of creating reference levels if they don’t see money on the table and clear guidance on how it can be earned. Countries opposed to the committee’s creation argue that existing mechanisms operating under the World Bank, such as the Green Climate Fund and other entities, already provide the money and the guidance, and that a new committee adds another layer of bureaucratic complexity to an already cumbersome process.

The Australian negotiator on finance added to skepticism among forest nations over the weekend when he implied that he would not endorse REDD+ unless all countries – developed and developing – agree to binding emission-reductions.

“The objective of the Convention is not welfare transfer, but achieving a safe climate,” he said – pointing out that many countries technically classified as developing are, in fact, wealthier than Australia.

“The lion’s share of climate finance will need to come from the private sector,” he concluded. “Decisions on the Green Climate Fund need to wait until it is fully established.”

While formal REDD+ talks are set to continue this afternoon, ministers are meeting to map out high-level guidance for all land-use issues after 2020, and several countries – notably Norway, Germany, the United States, the United Kingdom, Indonesia and Colombia – are rumored to be announcing a multilateral arrangement tomorrow (Wednesday).

Steve Zwick is the Managing Editor of Ecosystem Marketplace. He can be reached at szwick@ecosystemmarketplace.com.
Please see our Reprint Guidelines for details on republishing our articles.