Carbon offsetting will be critical for achieving net-zero greenhouse gas emissions, but the debate over scaling up markets often focuses on issues that don’t matter while ignoring issues that do, argues offset pioneer Mark Trexler. 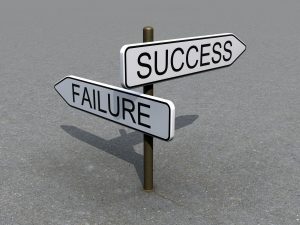 This article has been extracted from a climate change micro-site dedicated to Carbon Offsets Round 2. It is part of an ongoing effort to share opinions from thought leaders on a diverse range of issues. The views are those of the contributors and not necessarily those of Forest Trends or Ecosystem Marketplace.

15 December 2020 | In 1988 Applied Energy Services, working with the World Resources Institute, carried out the first carbon offset project via a CARE agroforestry project in Guatemala. I wrote the carbon quantification methodology for that project (based on conserving nearby forest).

While the idea of offsets has proved very popular in industry and other circles, the experience with carbon markets has been mixed at best. In fact, by 2015 is was less and less clear what the role of carbon offsets would and should be in mitigating climate change.

Then everything changed. Suddenly companies started announcing voluntary “net zero” commitments reminiscent of the first corporate emissions reduction commitments of the 1990s. Because “net zero” commitments almost inherently require carbon offsets, suddenly Carbon Offsets Round 2 was underway. Round 2 was given a huge boost with the establishment of the Task Force to Scale Voluntary Carbon Markets (TSVCM), based on the suggestion by UN Envoy on Climate Change Mark Carney that voluntary markets will have to expand by a factor of almost 200 to help tackle climate change! The TSVCM then put out a consultation document focused on how to make that happen.

That consultation document has almost NO discussion of what we’ve learned from the last 30 years of voluntary carbon offset markets, which you’d think would be relevant to the idea of dramatically expanding those markets. So I’ve taken a very quick stab at identifying what some of those lessons are:

I’m not suggesting these are the ONLY lessons that should be taken into account if Carbon Offsets Round 2 is going to proceed as apparently planned, but they do seem rather relevant to that goal.

Mark Trexler is an environmental policy analyst based in Portland, Oregon. An early pioneer in the use of carbon offsetting, he now runs The Climatographers decisionmaking platform.

Photo by Sigurd Decroos from FreeImages