For decades, economists and policy-makers have used Gross Domestic Product to measure productivity and wealth; but GDP is notoriously bad at measuring well-being. Most alternatives have proven too soft for mainstream economists, but natural capital accounting is taking hold around the world. What’s needed is more cooperation between ecological and economic sciences, argues Alex Spring. 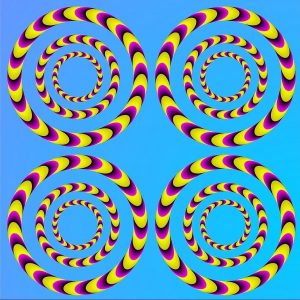 22 October 2014 | The record billions of dollars paid out by British Petroleum to U.S. Gulf Coast States in the wake of the Deep-water Horizon blowout is big news again, after the details of the settlement were released on October 5th. The compensation equates to the disaster– a total of over $20 billion, including some $ 5.5 billion in federal pollution fines and $7.1 billion to cover damages to natural resources and fisheries. However, there’s one place the obvious costs of devastation won’t show up, and that’s in the calculation of gross domestic product. The year of the spill, United States’ GDP gained from the subsequent spending, as well as temporarily employing thousands of cleanup workers, scientists, and lawyers, in a perverse employment blip. What is wrong with this picture?

For decades economists and policy-makers have struggled with how to track productivity and wealth. GDP remains the favored metric, despites its obvious shortcomings, particularly when it comes to measuring current and anticipated human well-being. Alternative indices have been tried, but they don’t garner the respect of conventional economists, and are abandoned at the side of the economic growth- obsessed world.

And why does it matter? When huge environmental disasters are seen to have ‘positive’ economic consequences by traditional measures of prosperity, they are masking lasting damage to human well-being, much of which is tied to intact ecosystems and ecosystem services. Worse still, the incentives to create policies that minimize the risk of future disasters are just not apparent. And it’s not just misevaluations of disasters – it’s the gradual eroding of our natural world, with economic models to support that behavior. If ecological consequences don’t find their way into economic measures of prosperity, irreversible degradation of natural systems will be difficult to avoid.

Natural capital accounting can help to create a more reasonable picture of the true wealth of communities and countries, as it takes into account not only productivity (revenues and jobs) but also the wealth contained in natural resources and ecosystems. This includes hidden services: providing air to breath, food to eat, protection from storms, places for recreation and long-lasting tradition.  But even here conventional economics fails us: economic theory assumes that resources have no economic return until extraction, which leads to the perverse conclusion that it is advantageous to take everything to the last drop, rather than to utilize resources sustainably and allow nature to replenish itself. Social scientist Colin Clark famously called this ‘the clear-cut economy’ – a dead end in terms of sustainability and future human well-being.

Getting a grip on real measures of prosperity is urgently needed. A collaboration of the ecological and economic sciences is needed to assess the true value of ecosystems and their services. Those values could then be represented in cost-benefit analyses and objective assessments of the trade-offs inherent in development decisions. Such information might tip the balance against permitting risky operations, like Deep-water oil extraction, in sensitive areas. More importantly, this sort of information could support a new paradigm of growth with equity, as is repeatedly called for: even in the Pope’s encyclical and his recent message to the UN General Assembly. While efforts like the U.N.’s recently adopted Sustainable Development Goals point us in the right direction, we are in desperate need of adequate measurements to record and promote progress, to complement or even replace outdated and misguided measures like GDP.

If we don’t start to focus on what’s really important to human prosperity, the environmental degradation supported by our current principles of economic progress will inevitably result in the loss of our global ecosystems’ ability to support human communities. When we reach this point of ecological dysfunction, we will be left with no second chances to get it right.

Alex Spring lives in Burlington Vermont where she studies ecological economics and regenerative design through University of Vermont. Her past experience includes aquaponics research and sustainable development.