Carbon market critiques always seem to ask whether these mechanisms have solved the climate crisis, and the answer is always a decisive “No.” That, however, puts the onus on one mechanism instead of on society and detracts from the real question: namely, “Is there any way to achieve the goals of the Paris Agreement without protecting the world’s forests?” This leads to another “No,” but with other implications. 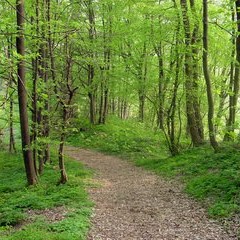 19 July 2019 | For those of us who have worked in the world of carbon credits for many years, the criticisms raised in articles like “An (Even More) Inconvenient Truth,” published by ProPublica last month, are nothing new. The idea of allowing polluters to offset their emissions, including by paying to protect or restore forests, has been around for decades, and we’ve heard it all before.

Rather than dwelling too much on the conclusions these critiques seem to put forward with such conviction, we should step back and consider, “Are they asking the right question to begin with?”

Ultimately, these critiques are premised on the question of whether carbon credits have, to date, delivered all the benefits they’ve promised. Their answer: A decisive “no.” While the recent ProPublica article is not without fault, there is no doubt that many carbon offset programs have failed to live up to expectations over the years, including some profiled in that story.

The problem is that such a question, and the response, will leave many readers with the impression that carbon credits are simply a bad option, and we’ll have to look elsewhere for solutions to climate change. Unfortunately, we no longer have such a luxury. We are not in a position to pick and choose our responses to the climate emergency as we would items on a menu. The fact is, we need every solution on the table.

So, instead, let’s ask this: “Is there any way to achieve the goals of the Paris Agreement without protecting the world’s forests?” The answer here is another resounding “no,” but this one with much more serious implications. The fact is emission reductions alone — however significant — will not be able to limit global warming to 1.5 or even 2 degrees above that of the pre-industrial age. We must also invest in nature. And to do that, carbon credits have a central role to play.

By framing the discussion this way, rather than bemoaning past failures, we quickly come to understand just how important it is to learn from these missteps and move forward.

The good news is this is already happening, and the diagnosis on carbon credits is not nearly as dire as the ProPublica article suggests. When designed and implemented well, they are an extremely effective response to climate change.

The main problem is that ProPublica’s reporter, and many others, still look at the UN’s program for reducing emissions from deforestation and forest degradation, known as REDD+, solely as a project-level effort. It’s certainly true that the first generation of initiatives to prevent deforestation were implemented on a project-by-project basis. And, as you would expect, the quality and impact of isolated projects has varied greatly, many succumbing to the failings elaborated in the article. Unfortunately, this legacy of isolated projects has stuck with REDD+ and is perpetuated through articles like ProPublica’s.

In reality, though, we’ve come a long way in our understanding since then. In fact, over seven years of negotiations, the United Nations developed a framework to incentivize and implement activities to reduce deforestation. By 2015, it was already clear that the project-level response was not sufficient, and, to be effective, efforts needed to be led at the sub-national or national level. Indeed, this is how REDD+ was written into the Paris Agreement.

To give just one example: the Bujang Raba Community PES Project, coordinated by KKI Warsi in Jambi, Indonesia. Facilitated by the Indonesian REDD+ Management Agency, the project conserves 5,339 hectares (about 13,193 acres) of endangered primary rainforest in Sumatera’s Bukit Barisan forest. It involves five indigenous communities. The site is managed by the communities under a “hutan desa” (village forest) program that recognizes and secures land tenure and allows community members to sustainably manage the forest. By engaging local communities, the project reduces forest fires, illegal poaching, and unsustainable harvesting of forest products.

According to Planvivo, which established the carbon standard used by the project, the project produces a 40,000-tons-of-CO2-per-year carbon benefit, and conserves the home of threatened species such as the Malayan Tapir (Tapirus indicus), Sun Bear (Helarctos malayanus), and the critically-endangered Sumatran Tiger (Panthera tigris sumatrae). It also diversifies income for participating communities by introducing high-value crops such as cardamom, cocoa, and other non-timber products. Bamboo and rattan processing facilities will also open other income streams for the communities. And this is just one example.

In short, it’s far too early to call time of death on carbon credits. It’s encouraging to see momentum growing among countries, sub-national actors, and the private sector to ratchet up efforts to the scale needed. But there’s a lot of work still to be done. At the country level, more can be done to include natural climate solutions in national climate targets, which would help drive demand for finance. And, similarly, at the international level, more can be done to use the flexibility allowed by the Paris Agreement for countries to develop natural climate solutions partnerships to increase emission reductions. The upcoming Climate Summit hosted by the UN Secretary-General this September offers a wonderful opportunity to make progress on these fronts.

No one says this is going to be easy, but let’s start by asking the right questions. And then let’s work together to move forward.

Agus Sari is CEO of Landscape Indonesia. He was Deputy Minister / Deputy Chair of the Indonesian REDD+ Management Agency. He was Co-Chair of the Working Group and Negotiating Contact Group on REDD+ Financing leading up to and at the 2013 UNFCCC COP19.