Carbon offset suppliers wanted an update on the progress of California cap-and-trade regulations. A delayed start to compliance is not what they had in mind – but might be just what the market ordered. After all, a landmark carbon market in a “climate cool” country is not likely to have a second chance at success. 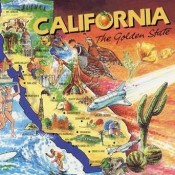 Carbon offset suppliers wanted an update on the progress of California cap-and-trade regulations. A delayed start to compliance is not what they had in mind – but might be just what the market ordered. After all, a landmark carbon market in a “climate cool” country is not likely to have a second chance at success.

30 June 2011 | What began as an informational hearing before a California State Senate Committee transitioned to what could be a major turning point for regulated and voluntary carbon markets alike in the US.

Yesterday afternoon, California Air Resources Board (ARB) chairwoman Mary Nichols informed a standing-room-only hearing of the Senate Select Committee on the Environment, the Economy, and Climate Change that the ARB will postpone California emitters’ compliance obligations until 2013.

Tasked with implementing the program per the 2006 Global Warming Solutions Act (AB32), Nichols testified that the ARB felt the scheme’s importance necessitated a more thorough vetting of the regulation’s components. Therefore, she explained that compliance requirements will go into effect in 2013 instead of next year.

On a webinar hosted today by the Clean Economy Network, Nichols said that there will be no 2012 allowances for California emitters to hold or surrender, “so 2012 becomes a practice year for the program.” The change means that the first auction of compliance allowances – originally slated for early 2012 – would not take place until during or after the third quarter of 2012.

Traders point out that a delayed start to compliance obligations also means delayed demand from emitters for offsets generated in the voluntary carbon market under the Climate Action Reserve (CAR) that the ARB recognizes as early action reductions – as well as for offsets generated under ARB-approved protocols.

“[Emitters] have been given a pass for 2012,” explains Josh Margolis, CEO of emissions brokerage firm CantorCO2e. “For offset developers this means that you’re going to have to adjust your expectations.   If you were counting on sales to sources that had a 2012 obligation, chances are that they’re going to defer purchase until 2013 or 2014.”

A source from a major brokerage firm for ARB-compliant credits noted that while trading activity has picked up from some market players “trying to get out of their positions,” interest in the credits and scheme allowances “is about the same” – i.e. the news has not yet had a dramatic affect on the marketplace.

Good News for Those Accustomed to Bad News

Indeed, California-facing carbon offset suppliers from traders to project developers are surprisingly optimistic about market prospects despite what – at first glance, anyway – looks like bad news in the short-term for credit transactions.

“Folks that were in a panic button mode are now able to sit back and reflect a little bit more,” Margolis points out, “to make rational decisions and develop and implement a strategy rather than take steps that would have been without the benefit of careful consideration.”

This could describe both market participants and the ARB itself – which together have ridden a rollercoaster of challenges to implementation, whirlwind decision-making and subsequent price volatility since scheme implementation began.

As market players point out, several unanswered questions loom large over the ARB as it finalizes the nation’s first economy-wide cap-and-trade scheme – and the world’s first program that integrates credits from the voluntary carbon markets with a mandatory trading mechanism.

Saskia Feast from project developer EOS Climate sees the ARB’s decision as a move that will “not really have a great deal of impact for us in terms of compliance offsets” – but is a prudent step to iron out unfinished seams in the program design and address lingering issues of supply in the offsets market.

“Because the overall demand is still going to be the same volume, I don’t see this changing our production plans in the near term,” she explains.

Feast’s comfort with program uncertainty is partly due to the fact that California market players are all too familiar with volatility. Prices have ranged wildly from this time last year ($3-5/tCO2e) to $7-11/tCO2e following the regulation’s initial Dec. 2010 approval; to lows based on uncertainty regarding legal challenges from March 2011; up to the present – when the bid-ask range crept up to $7-$8.5/tCO2e after a Court of Appeal granted the ARB a stay to continue program development.

“There is price volatility, but we’re still significantly higher than we were last year,” says Feast. “I don’t expect to see a collapse in the market.”

Brokerage firm Karbone’s Director Adam Raphaely similarly feels that the wait could be a positive step for the market for ARB-approved credits, pointing to the need for adequate offset supply at the outset of compliance trading. Currently, the ARB recognizes for compliance four project protocols under the Climate Action Reserve – for ODS, US forestry, urban forestry and livestock methane destruction.

“With only those four protocols in place, the offset market would have been substantially short at the program initiation,” Raphaely considers.

“I think giving ARB another year to include additional protocols would provide the market with a little bit more support on the supply side,” he says, “to give more meaningful price points in the market.”

Nichols assured listeners today that the regulation design and approval process will move forward as planned – including the release of a discussion draft that will address questions around the ARB’s treatment of voluntary protocols currently slated for compliance use.

“We’re hoping that the discussion draft will be out within two weeks and the [stakeholder] workshop will be scheduled very shortly,” Nichols predicted, “so we’re not talking about months here, we’re talking about days.”

Additional protocols will not be considered in the pending draft, however, but through a new and future rulemaking process.

In the mean time, offset project developers will be taking a hard look at the health of their projects’ cash flows when considering whether or not to hold out hope. As one trader pointed out, “they might be forced to sell at depressed levels because there won’t be forced liquidity through the market until 2013.”

Molly Peters-Stanley is the Voluntary Carbon Associate in the Ecosystem Marketplace’s Carbon Program. She can be reached at [email protected].