Two weeks after the US presidential election, the US role in the Paris Climate Agreement remains foggy. While few expect the US to continue its leadership role in the fight to slow climate change, many believe a Trump administration will treat the Agreement with benign neglect rather than kick up a storm trying to withdraw from the deal. Here is an audio mosaic distilled from interviews we conducted during the talks. 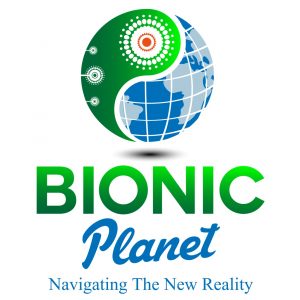 28 November 2016 | US president-elect ​Donald Trump claims to have an open mind on climate science, but he put an unabashed climate-science denier in charge of his environmental transition team, and he says he’ll slash NASA’s climate-monitoring capabilities.

Might a president who doesn’t believe in climate science still find it worthwhile to stay in the Paris Agreement?

And who will pick up the slack if he doesn’t?

The most recent edition offers an auditory mosaic of interview snippets with climate-sector veterans like Yvo de Boer, who oversaw the United Nations Framework Convention on Climate Change (UNFCCC) from 2006 through mid-2010, and Mike Korchinsky, who founded and runs Wildlife Works, as well as archived audio from Michael Bloomberg, in his capacity as head of the Task Force on Climate-related Financial Disclosures, and others (scroll down for a complete list). It offers a solid and accessible summary of the consensus that emerged in the wake of the election: one first expressed by Dirk Forrister of the International Emissions Trading Association in the hours after the election and reported in a piece called “Can Individual US States, The Private Sector, And The International Community Fix The Climate Despite Trump Election?”

You can access all editions of Bionic Planet through the links above, or you can also stream the most recent edition here:

We also published a quick-and-dirty edition shortly after the election, including unedited interviews with former Canadian negotiator Peter Graham, Naomi Swickert of the Verified Carbon Standard, and Mike Korchinsky:

For deeper dives, check out our Ecosystem Marketplace coverage from Marrakesh:

Can Individual US States, The Private Sector, And The International Community Fix The Climate Despite Trump Election?

What does the election of Donald Trump mean for climate policy? For now hope is shifting to individual US states and the corporate sector within the US. Internationally, the Obama administration has proven adept at “leading from behind”, and some see Canada or the European Union filling that gap.

Investors See Rockier Road To Low-Carbon Economy Under Trump, But No Dead End

Climate talks are continuing here in Marrakesh, with world leaders vowing to either reach out to the new US administration or continue without them. Investors, meanwhile say the business case for renewables and sustainable agriculture remains strong, but corporate leadership on climate remains elusive.

Hundreds Of US Companies Urge Climate Action As John Kerry, Others Calls For More ‘Business Diplomacy’

During UN climate talks on Wednesday, business leaders stressed the importance of aligning business and policy goals in order to deliver the best results for both sectors. The business community also reaffirmed their pledge to reduce emissions and meet the goals laid out in the Paris Agreement, and called on global political leaders to do the same.

Voices from Marrakesh, in Order of Appearance