Indigenous groups across Latin America are exploring the use of carbon finance to save their forests and provide income. Some NGOs, however, fear mechanisms like REDD will backfire – resulting in higher rates of both deforestation and poverty. The two opposing views are converging this week in California, and each side accuses the other of not playing fair. 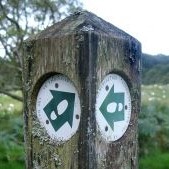 Indigenous groups across Latin America are exploring the use of carbon finance to save their forests and provide income. Some NGOs, however, fear mechanisms like REDD will backfire – resulting in higher rates of both deforestation and poverty. The two opposing views are converging this week in California, and each side accuses the other of not playing fair.

18 October 2012 | In February of this year, exasperated indigenous leaders from 11 organizations in the Brazilian state of Acre sent an open letter to CIMI (Conselho Indigenista Missioní¡rio), a Catholic missionary organization that has won high marks over the years for its support of indigenous rights.

The letter (see “Open Letter to CIMI”, right) thanked the organization for its past good works but then – in a stunning and public rebuke – accused the organization of playing loose with facts and even of adopting a paternalistic stance towards the very people it had done so much to help.

“No one is forcing the indigenous organizations to do anything,” they wrote. “We will not be treated as Indian wards who need NGOs to defend their rights.”

At issue was an affidavid that CIMI  had filed with federal authorities – nominally on behalf of indigenous groups, but without their consent – claiming that indigenous people had been tricked and harangued into participating in carbon finance programs like REDD (Reducing Emissions from Deforestation and forest Degradation).

Indigenous organizations across the Amazon have been exploring such mechanisms, which make it possible to earn carbon credits for saving endangered rainforest and capturing carbon in trees. The 11 leaders denied that they’d been pressured or deceived into anything, and they also implored people on boths sides of the debate to embrace reason over rhetoric.

“Both those in favor of and those against REDD must be serious and ethical in conveying correct information and establishing continued dialogue,” they wrote. “Those in favor of REDD cannot promote it as something that can resolve all the problems of our communities; those against it cannot terrorize our peoples using western capitalism as a backdrop and creating a climate of distrust and fear based in suppositions and untruths.”

That letter surfaced again this week – both in form and spirit – when environmental NGO Friends of the Earth (FoE) brought a contingent of Latin American indigenous leaders to California as part of what it’s calling “No-REDD Week.” FoE wants California to back away from a 2010 agreement with the Mexican state of Chiapas and the Brazilian state of Acre under which those states can earn carbon credits under California’s cap-and-trade program if they protect their forests.

The program starts in 2013 under Assembly Bill 32 (AB32) and is administered by the state’s Air Resources Board (ARB). The FoE contingent will make its case to ARB on Thursday.

At issue is whether REDD will help indigenous people by paying them to maintain their forests, as proponents claim, or whether it will hurt them by sparking a land-grab, as opponents claim.

“There is no guarantee that there would be safeguards to prevent land grabs, evictions and other human rights violations to the indigenous people,” says Tom Goldtooth, Executive Director of the Indigenous Environmental Network and part of the delegation to California.

He argues that REDD would lead to the creation of protected areas that prevent indigenous people from continuing their traditional ways of using the land.

Almir Surui, who was not invited to speak before ARB, takes a different view. As chief of the Paiter Surui indigenous nation of Brazil, he spearheaded the creation of the first indigenous-led REDD project in Latin America, and he sees REDD as a vehicle for preserving the tribe’s traditional way of life.

“Deforestation and logging are destroying us,” he says. “REDD is an alternative – a good alternative – that makes it possible for us to earn money by maintaining the forest.”

“I have a great number of land owners that will continue to have no real option but to deforest if such opportunity for their standing forests are not provided,” he wrote in an open e-mail to REDD opponents. “These are people that exploit the forests, [but]… they found in REDD a way to maintain what they like most, which is the forests they own.”

Juan Carlos Jintiach sees validity in both arguments. As economic director for the Coordinating Body of Indigenous Organizations for the Amazon Basin (COICA), the main indigenous federation in the Amazon, he represents thousands of indigenous people from all Amazonian countries. Long leery of REDD, he now believes the mechanism can help recover the “ecological debt” owed by industrial country polluters – but only if projects are designed in cooperation with the tribes and in a way that supports a holistic approach to forestry and secures indigenous rights to their lands and customary practices.

When climate talks begin in Doha later this year, he’ll be advocating a mechanism he calls “Indigenous REDD,” which requires clarity of land tenure, strengthens the collective rights of tribes in general, and calls for accreditation mechanisms and state-sanctioned regulation to combat fraud.

Core to opposition arguments are stories about indigenous people being forced from their homes in Chiapas and Acre – stories that Mí³nica Julissa De Los Rios says are misleading.

“[Opponents] supported their arguments with anti-capitalism ideology and not facts,” says de Leal, who is Head of the Regulatory Department for the Institute of Climate Change and Regulation of Environmental Services. She adds that Acre’s capacity building programs in support of the state’s  System of Incentives for Environmental Services  (Sistema de Incentivo a Serviços Ambientais, or “SISA”) have been explicitly created to ensure the rights of indigenous people.

The capacity-building programs are being spearheaded by the Pro-Indian Commission of Acre (Comissí£o Prí³-Indio do Acre, or  CPI-AC), which has been supporting indigenous peoples in Acre for 30 years, with support from the Communities and Markets Program of environmental non-profit Forest Trends (publisher of Ecosystem Marketplace).

In the first meeting of the Community Peer Forum on REDD and PES, participants said they are open to REDD, but not completely sold.

“I think that if REDD is done with respect to indigenous rights, first and foremost, respecting territorial rights, that this project is in control, in the power, of the indigenous community, it can really help their community projects,” said Laura Soriana of the Yawanawa indigenous community. “I think this would be a good opportunity.”

“We are in a process of first understanding, before forming final opinions,” he said. “Given that the mechanism is still in construction, we do not have definitive opinions yet.”