In 2011, the UK enlisted Forest Trends to assess biodiversity offset markets in the US and Australia in order to determine how they might work in England. Earlier this year, the government published the report, which found that adopting similar programs in Britain would increase certainty, streamline the regulatory process and improve conservation outcomes from offsetting. 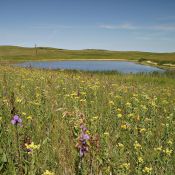 1 June 2016 | In its State of Environment report, the European Environment Agency reports areas of biodiversity decline, singling out farmland and woodland birds in the UK, though priority species and habitats of European importance are also struggling. Breeding farmland birds experienced a 50% drop-off in population while woodland birds declined 17%, according to the report.

Biodiversity is struggling globally and while there isn’t a silver bullet to stem habitat loss, fragmentation and degradation that is behind the decline, there is growing evidence that offsetting programs, led by independent third party entities, can help.

In economic speak, biodiversity is an, “unpriced externality,” where nobody need bear the cost of conserving it, explains Kerry ten Kate, the Director of the Biodiversity Initiative at Forest Trends, who is Ecosystem Marketplace’s publisher. And so wildlife is often neglected in market transactions, over-consumed and under-produced.

In 2014, ten Kate along with Guy Duke, an independent consultant, completed an assessment of biodiversity offset programs in Australia and the US over the course of five weeks per request by England’s Department for Environment, Food and Rural Affairs (Defra).

“Part of this impact assessment was the hypothesis that a regulated biodiversity offsetting market could help ensure that things are dealt with transparently, more consistently and with greater certainty within planning systems,” she says, speaking during a recent webinar that explained the report and showcased significant findings. That certainty would underpin greater economic growth.

Duke and ten Kate found such programs can indeed provide developers with a more streamlined and certain process and their use in England has much to offer the development community.

“Effective third party offsetting similar to programs in Australia and the US can help England’s dwindling biodiversity,” says Duke.

The use of biodiversity offsets is controversial globally, not the least of which in England. The concern with offsetting is largely over quality and standards, the Business and Biodiversity Offsets Programme explains. Opponents fear a development project could decimate biodiversity in one place and then implement inferior conservation activities elsewhere. There’s also a fear of destroying irreplaceable biodiversity where it isn’t possible to simply conserve at a different location.

Despite the debate, Defra has continued to consider their use and, earlier this year, published its work evaluating several offsetting pilot projects along with a consultation on the practice. Though the conservation community in Britain had long been awaiting these findings, some say the results only seemed to increase the government’s ambivalence on using offsets.

Also at this time, Defra made Duke and ten Kate’s study assessing existing offset markets public. The authors largely collected data through multi-stakeholder interviews focusing on the cost and benefits of offsetting systems to developers – with a particular focus on house builders – and the effects such systems have on offset prices.

“I think what lay behind Defra’s request was to explore the concern that introducing mandatory offsetting might increase regulatory burden on business,” ten Kate says. She says Defra choose to explore this concern by researching the programs operating around the world, studying the different models and systems for offsets that reduce regulatory burden and increase efficiency.

That was the report’s focus, though, on a lesser level, it also analyzed broader economic and conservation outcomes.

During the webinar, Duke emphasized the importance of third party offsetting, saying their research found developer-led offsetting resulted in poorer conservation outcomes. The higher standards of mitigation and biobanking also encouraged developers to first avoid and minimize their impact, especially on high value biodiversity that is more costly to offset.

“You set high standards and developers will know that the cost of compensation is coming their way,” says Duke.

The authors note that quicker offsetting means faster implementation of development, which can make the difference between profit and bankruptcy.

Transfer of liability is another clear benefit of offsetting programs where developers are able to transfer compliance risk, the risk of properly compensating for their impact, to the third party. This is a key benefit and often a deciding factor when developers choose such a program. However, Duke notes that in England, this benefit is likely to be limited as the country rarely enforces long-term conservation obligations. So developers are already in the clear with or without transfer of liability.

Ultimately though, third party offsetting systems will likely lead to enhanced certainty, increase the amount of land available for offsets and reduce the number of failed development, Duke says.

Also, these biodiversity markets contribute to a larger “restoration industry,” one that is worth $25 billion a year in the US, according to a 2015 study.  Duke and ten Kate’s research estimates a third party offset market would create 2,500 jobs and two to three times as many indirect jobs in England.

In terms of the price of offsets, the report says multiple providers result in a natural cap on prices as developers have more leverage to negotiate the price. Also, areas with various mitigation measures – banking, in-lieu fee funds, development-led – help put a cap on prices.

Offset prices are set by myriad factors including regulatory standards, land prices, the cost of restoration or enhancement and long-term management.

The report does note, however, that like-for-like conservation outcome, calling for equivalency between offset and impact, causes prices to rise, perhaps expectedly. Authors note that both the US and Australia are loosening this measure on impacts to habitats that are considered to have lower conservation significance.

In short, the report provides several benefits for third party offsetting regimes in England. Its use could lead to an offset area the size of the county of Essex over a 20 year period. The authors also mention offsetting could be coordinated with county-wide green infrastructure plans, which could help achieve the landscape scale approach to conservation that governments are shifting towards.

Of course, a market in England will only generate these benefits if designed properly, the report says. A level playing field where equal standards apply to all offsetting measures is required.

But we need to do something, Duke says, noting the grim declining trend of species and their habitat across England and throughout Europe.

“It’s why we really need to bring effective third party offsetting to scale,” he says.

Biodiversity offsetting is the ultimate final measure developers take when following the mitigation hierarchy. The hierarchy is a set of respected environmental rules that companies and governments follow when altering natural landscapes for such development activities as constructing a road or drilling for oil. Under these rules, the entities first avoid doing any damage and then minimize the effects of their actions on biodiversity. The absolute last step is to offset any remaining, or residual, impact. Offsetting consists of conserving wildlife at an equal or greater value than what was lost from development elsewhere, in order to comply with either a no net loss or net gain of biodiversity policy.

In the US, offsetting spurs mitigation and conservation banking, a market where a third party entity, a private company or a NGO, for instance, generates stream, wetland and species credits that developers can buy to offset their environmental impact. Certain Australian states – New South Wales is one – use similar offsetting programs, known as biodiversity banking (biobanking), to comply with biodiversity-related rules.