A consortium of Colombian banks and NGOs hopes to harness the power of REDD for a more broad-based ecosystem marketplace.  Like emerging market exchanges around the world, this one comes with its own education campaign – and it starts with trees. First in a series examining the emerging-market exchanges of Latin America, Africa, and Asia. 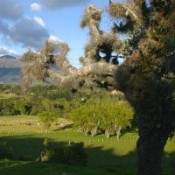 Please see our Reprint   Guidelines for details on republishing our articles.