Ecosystem Marketplace has long envisioned a world in which farmers and ranchers are paid to save natural ecosystems that filter water, sequester carbon, and preserve wildlife – in addition to growing corn and hay. Now the US Department of Agriculture has taken a giant step towards realizing that vision as part of a massive realignment of the management of natural resources. 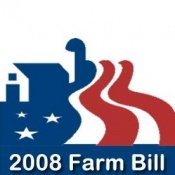 Ecosystem Marketplace has long envisioned a world in which farmers and ranchers are paid to save natural ecosystems that filter water, sequester carbon, and preserve wildlife – in addition to growing corn and hay. Now the US Department of Agriculture has taken a giant step towards realizing that vision as part of a massive realignment of the management of natural resources.

Now, a similar evolution is taking place in ecosystem markets, which supporters believe have the power to save the planets natural resources by identifying their economic value and encouraging Payments for Ecosystem Services.

The concept has progressed dramatically over the past two decades, with burgeoning markets for biodiversity and water quality emerging from California to Dar es Salaam.

In practice, however, the only real successes have come in cap-and-trade emissions schemes like the ground-breaking reduction of SO2 emissions in the United States and, of course, the massive carbon markets.

Time and again, experience has shown that such schemes hinge on government support and regulatory drivers – both of which have been sporadic in carbon trading and woefully lacking in both water quality and biodiversity trading.

Bringing Order out of Chaos

That looks set to change in the United States, where the Department of Agriculture (USDA), under a mandate embedded in the 2008 Farm Bill to promote incentive-based conservation, has announced the formation of an Office of Ecosystem Services and Markets (OESM), which will be headed by USDA Forest Service vet Sally Collins, who has won accolades for introducing market-based mechanisms into the Forest Service’s sustainable land management policies.

The OESM will also support the Conservation and Land Management Environmental Services Board, a massive oversight board comprised of the Secretaries of Interior, Energy, Commerce, Transportation, and Defense – as well as the Chairman of the Council of Economic Advisors, the Director of the White House Office of Science and Technology, the Administrator of the Environmental Protection Agency, and the Commander of the Army Corps of Engineers.

The makeup of that board is, obviously, contingent on appointments to be made under the incoming Obama administration.

Photo by Michael Noonan, PhD, courtesy of ConserveNature.org
Biodiversity Banking: a Primer
Payments for Ecosystem Services: Download the Primer
Water Trading: the Basics
Life in a Living Lab: A Profile of Sally Collins