A large fund management company has teamed up with one of the world's largest conservation organizations to look at what they call 'biodiversity offsets'. In preparing their report, the authors have looked at conservation banking, wetland mitigation banking, legally required offsets, voluntary offsets, and a variety of other offsets being used around the world. The Ecosystem Marketplace reviews the report's findings and recommendations as well as its implications for environmental markets. 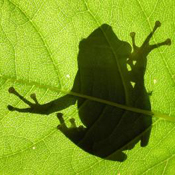 A large fund management company has teamed up with one of the world's largest conservation organizations to look at what they call "biodiversity offsets". In preparing their report, the authors have looked at conservation banking, wetland mitigation banking, legally required offsets, voluntary offsets, and a variety of other offsets being used around the world. The Ecosystem Marketplace reviews the report's findings and recommendations as well as its implications for environmental markets. This month Insight Investment – a large fund management company managing approximately ?75 billion in assets- and IUCN- The World Conservation Union -one of the world's largest conservation organizations- jointly published a report looking at issues surrounding biodiversity offsets. Entitled "Biodiversity Offsets: Views, experience, and the business case", the report was written by Kerry ten Kate of Insight Investments, Josh Bishop of IUCN, and Ricardo Bayon, the managing editor of the Ecosystem Marketplace. According to the report, offsets are "conservation activities intended to compensate for the residual, unavoidable harm to biodiversity caused by development projects." In looking at offsets, the report's authors have considered conservation and wetland mitigation banking in the US, offsets required by laws in Europe, Brazil, and elsewhere, as well as voluntary offsets undertaken by mining, oil, and other companies around the world. Using examples, case studies, and views provided by practitioners, the authors highlight some of the main issues and difficulties surrounding biodiversity offsets, and make some recommendations of further studies and steps that are needed to make offsets better able to achieve the needs and goals of a wide range of stakeholders. One important conclusion of the report is that offsets should not be seen as a "license to trash" biodiversity or to go into areas that are too valuable in biodiversity terms -areas they call "no go" areas. Furthermore, the report states that offsets should be seen in the context of a broader "mitigation hierarchy" that first looks to "avoid, minimize, and mitigate" any potential harm to biodiversity caused by development projects. Additionally, the report -which is based on interviews and discussions with more than 50 people working in over a dozen companies, as well as conservation organizations, and government agencies- notes that biodiversity offsets, when used correctly, can offer clear benefits to conservation, to businesses, to government regulators, and to community groups. Among these benefits are: For Companies:

For regulators and policy-makers:

Despite the many potential benefits of offsets, the report notes that offsets do have considerable risks and disadvantages. They note, for example, that there are various areas around the world that have such high biodiversity value that any damage is unlikely to be able to be offset. These areas, they argue, are "no go" areas where development should not proceed. They also note that even in places where laws requiring offsets are well-established (here they refer to wetland mitigation banking in the US), offsets have been criticized for not delivering on their ecological promise, or even on the overarching goal of "no net loss" of biodiversity values. Partly as a way of addressing some of these risks and disadvantages, the authors make various recommendations: First, they note that there needs to be some agreement on the definition of the term "offsets". They note that, in the US, offsets are usually referred to as "compensatory mitigation" or simply "mitigation", whereas in Europe and in some other places, the term mitigation has a different meaning. Secondly, they admit that the concept of establishing equivalence between the areas being damaged and the areas being conserved or restored is a difficult, though not insurmountable, problem. To address this problem, they argue that it is important for societies -working with al relevant stakeholders- to establish conservation priorities that can inform offset decisions. The authors duly acknowledge that this can be extremely difficult (and sometimes impossible) in practice, and so write: "Whereas like-for-like offsets are readily understood by the public, 'the more dissimilar the resource being protected ? to the resource being damaged, the more explaining that will be necessary.' Moreover, even relatively straight-forward offsets, involving like-for-like compensation, entail substantial scientific inputs and sometimes third party validation to ensure their credibility. The efforts involved with dissimilar ecosystems could make any assessment of no net loss extremely difficult, if not meaningless." Finally, the report argues that "successful offsets require agreement among key stakeholders." They note that if local communities, conservation groups, and/or governments do not believe in the merit of the offset, it will not deliver may of the benefits that make it attractive to businesses. For this reason, they say, although "dialogue can be time consuming and expensive, and stakeholders are not always able to reach consensus? stakeholder involvement is vital." From the point of view of markets, the report notes that offsets can take place within a broad spectrum that ranges from "one-off voluntary agreements designed to compensate for the residual damage of a particular project, through more regular voluntary offsets required by company policies, all the way to legally mandated, compulsory offsets that can form the basis of a market in tradable 'offset credits'." They note that laws of the latter kind exist in the US, and are beginning to be put into place in Europe, Australia, and Brazil, but that overall, they exist in too few places around the world to truly have an impact on global biodiversity. For this reason, from the perspective of conserving global biodiversity, they argue that more focus needs to be placed on voluntary offsets such as those being implemented by oil and mining companies in various countries around the world. It is interesting to note, however, that many of the people interviewed for the report in the US felt that systems of offsets are not likely to be effective purely on a voluntary basis. These US interviewees argued that if offsets are to be sustainable and lasting -and if they are to reach the scale necessary for them to truly impact conservation- they need to be legally mandated. As one interviewee put it: "People stop at intersections only if there is a stop sign." Another US interviewee noted that, in the US, the system of wetland mitigation banking is essentially "predicated on demand. And that is only there because of government regulation." A third US interviewee explained that voluntary offsets are fickle and tend to be embraced when business is good and then fall by the wayside during hard times. Notwithstanding these comments, the report firmly believes that in much of the world, where legally mandated offsets are not likely to be implemented any time soon, voluntary offsets are the way forward. They do note, however, that where clear laws on offsets do exist, they provide certain advantages, namely: legal certainty, clarity of expectations, a better understanding of the exact nature of the offsets required, a more level playing-field among affected companies, and possibly even the establishment of new markets that not only enable companies to find less expensive ways of complying with regulations, but may even create new business opportunities. In concluding the report, Insight Investment commits itself to using the report's findings as part of its engagement with the many companies in which it is invested. Further, it notes that it plans to work with organizations such as Forest Trends -a Washington, DC-based non-profit- to establish pilot biodiversity offset projects around the world. Both IUCN and Insight say they will use the report to stimulate further discussions on the concept of offsets at various meetings and conferences. Click here to download a copy of the report or its executive summary.