The Bonneville Environmental Foundation aims to promote sustainable water use by first helping businesses and households understand their own water use and then giving them tools for offsetting bad practices by restoring severely distressed rivers and streams. Ecosystem Marketplace examines the foundation’s new Water Restoration Certificates (WRCs). 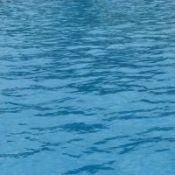 The Bonneville Environmental Foundation aims to promote sustainable water use by first helping businesses and households understand their own water use – and then giving them tools for offsetting bad practices by restoring severely distressed rivers and streams. Ecosystem Marketplace examines the foundation’s new Water Restoration Certificates (WRCs).

24 October 2009 | Visiting the website of Bonneville Environmental Foundation (BEF) is anything but an ordinary experience.

Then again, BEF is not your ordinary NGO.

Self-proclaimed as an “entrepreneurial NGO”, BEF helped create the first market for voluntary carbon offsets by working with the US Environmental Protection Agency on the first Renewable Energy Certificates (REC) in 2000 – just two years after its founding. Today, its RECs account for more than half of the voluntary green power market, according to the National Renewable Energy Laboratory, which estimates their value at between US$110 million and US$190 million.

Its mission is to help create a more sustainable future by supporting the development of renewable energy and watershed restoration. The Foundation goes about achieving its goals by designing tools that are simple and cost-effective – with an emphasis on educating consumers on making sustainable choices in energy and water consumption.

In 2001, for example, BEF launched the first online carbon calculator; and for the past year and a half, the group has been focused on the design of a program that would lead to the restoration of critical flow to distressed rivers and streams in the US.

In August, 2009 that creative process gave birth to the country’s only voluntary water restoration marketplace designed to provide a financial incentive to those that leave unneeded water in rivers and streams.

Identifying Value in Alternate Use

To fully understand the uniqueness of this program, it’s important to understand that water law in the western US is managed on a ‘use it or lose it’ system that literally forces water extractions – even when that water isn’t needed. Compounding the problem is the fact that there is no economic value in leaving the water in the stream when it isn’t needed.

In Oregon, however, the law has some flexibility that allows rights holders to dedicate the water to an alternative use – including the restoration of flow. So Rob Harmon, Bonneville’s Chief Innovation Officer, and his colleagues set out to design a mechanism that would bring new capital into the restoration system and provide the all-important economic incentive for avoided extractions.

Much like BEF’s RECs, WRCs are purchased in a two-step process:

Step One allows businesses and individuals to take responsibility for their water consumption by calculating water use.

Step Two offers them the opportunity to return to the environment an amount of water equal to what they have used through the purchase of WRCs, each of which represents 1,000 gallons of water.

Where to Put the Water?

From there, BEF follows additional steps to return that water to severely de-watered rivers and streams.

Under the scheme, specific restoration projects are brought to them by water trust organizations, such as The Freshwater Trust, which is based in Portland, Oregon, and works with land owners and irrigators at the local level to educate them on the economic and environmental benefits of the program.

“BEF should be applauded for once again developing an innovative way for folks to support conservation work,” says Freshwater President Joe Whitworth. “The Water Restoration Certificate program funnels needed support to groups like ours that work on the ground with landowners to benefit the resource.”

To ensure that the process yields real environmental benefits, BEF has partnered with the National Fish and Wildlife Foundation (NFWF), which has developed standards and criteria to make sure the water is returned properly to areas where it is most needed and at the most critical time.

To eliminate the problem or perception of ‘double counting’ that has sometimes plagued the voluntary carbon offset market, each certificate is individually numbered and recorded with Markit Environmental Registry, a global leader in providing registry services for ecosystem markets.

“The WRC is a first of its kind and has a powerful potential to restore rivers and streams,” says Helen Robinson, the registry’s Managing Director. “Water is a key global issue and one that naturally lends itself to market mechanisms. We are very excited to be at the forefront of this new environmental market with an innovative organization like BEF and to play a part in creating a robust and credible product.”

Once established locally, BEF plans to take the program national.

Earlier this month, Harmon posted a story on BEF’s blog that demonstrates the power of this water restoration tool. It’s worth the trip to follow Rob via his travel-blog post (to Rogue River, Oregon to the banks of Evans Creek which flows into Oregon’s famous Rogue River). There you can see for yourself the real impact of this program through this simple equation: more water in the streams = more habitat for critters and fish.

Tracy Stanton is the Water Program Manager of the Ecosystem Marketplace. She can be reached at [email protected].