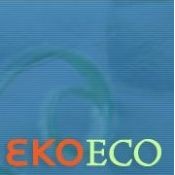 19 November 2009 | Earlier today the Carbon Disclosure Project (CDP) announced the latest of their “disclosure” projects – the Water Disclosure Project (WDP). For those unfamiliar with it, the CDP is an independent non-profit organization with a mission to collect and distribute high-quality information that motivates investors, corporations, and governments to take action to prevent climate change.

Founded in 2000, they have created the world’s largest database of corporate climate change information. Now they aim to do the same for corporate water information banking on the success of the CDP that “disclosure” can play a key role in accelerating action.

Those of us working on water issues have been tracking and reporting on the fact that water scarcity is a growing problem in many parts of the world affecting businesses, governments, and individuals alike. Many contend, including those at the CDP, that the actions of business will have a significant bearing on the magnitude and impact of such scarcity and, perhaps more importantly, on the development and implementation of potential solutions.

Possible benefits to water disclosures: (as summarized from the CDP’s paper, The Case for Water Disclosures):

The last point may be the most significant of all as evidenced by the success of the CDP; disclosure creates the expectation that once the risks/benefits are known by all, action will follow. The worst that could result from this initiative is that it will spur businesses to be leaders in water disclosures and pressure the relevant governing bodies to set standards against which progress can be tracked to demonstrate movement toward more sustainable water use.

“Houston, we’ve have a problem,” was a powerful and immediate call for action. Time will tell if the CDP Water Disclosure Project will yield a similar positive action by businesses to address the planets growing water threats.

One note of curiosity as reported in the Case for Water Disclosures; of the companies surveyed in the pilot project, not one company from the food and beverage sector responded to the survey (which was admittedly quite small). Their lack of response is noteworthy as they have shown leadership in other efforts to address water risks, such as through participation in corporate water footprinting and other sustainability initiatives.

This story originally appeared on the Eko-Eco Blog, where you can view it in its entirety and post comments.