It’s been five years since the US Environmental Protection Agency and Army Corps of Engineers released new regulations for offsetting lost wetlands, and new data unveiled at the National Mitigation & Ecosystem Banking Conference shows that permittees that use mitigation bank credits receive permit approval more quickly than do those who use other mitigation options. 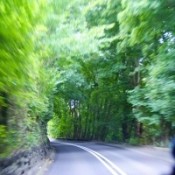 It’s been five years since the US Environmental Protection Agency and Army Corps of Engineers released new regulations for offsetting lost wetlands, and new data unveiled at the National Mitigation & Ecosystem Banking Conference in New Orleans shows that permittees that use mitigation bank credits receive permit approval more quickly than do those who use other mitigation options.

13 May 2013 | NEW ORLEANS | USA | Mitigation bankers have long claimed that their combination of simplicity, commodification, and regulation offers the most environmentally effective and economically efficient vehicle for approving development projects that require mitigation. Data has long supported the environmental argument, but the economic argument has been more difficult to make – until now. According to preliminary figures presented at last week’s National Mitigation & Ecosystem Banking Conference here, mitigation banking offers the fastest way for projects to get approved. In fact, it delivers permits more than twice as fast as permitee-responsible offsite mitigation and two weeks faster than in-lieu fee mitigation.

The figures were compiled by Katherine Birnie, Director of Markets for Ecosystem Investment Partners, and offer the first comprehensive look at the demand side of mitigation banking since the implementation of the 2008 Compensatory Wetland Mitigation Rule. That rule was supposed to provide a level playing field for mitigation bankers to compete with in-lieu-fee providers, which even the US Army Corps of Engineers (USACE) concedes deliver environmentally inferior results to mitigation banking. Since the rule was adopted, however, bankers have accused the USACE of selectively enforcing the new Rule, in part because buyers perceive mitigation banking as being a more cumbersome process than in-lieu fees.

Using data from both the ORMS data base and the Regulatory In lieu fee and Bank Information Tracking System, Birnie found that roughly 30,000 permits were issued annually under Section 404 of the Clean Water Act from 2009 through 2012, but that only a small fraction required mitigation. In 2012, for example, 44,000 fill permits were approved nationally, but just 9,000 required mitigation. By combining ORMS and RIBITs, she was able to cross-reference how permits were approved and mitigated.

In general, there were increasing impacts but decreasing amount of mitigation required; conversely, more credits were required, which primarily offset this. Can it be Expanded?

To get to the heart of the industry requires looking at the permits that did require mitigation more closely. Based on the percent of impacted acres, approximately 70% in 2011, and approximately 60% in 2012, did not mitigate through buying mitigation bank credits. From that, she asks – could these applicants have chosen Mitigation Bank credits, given their need? She looked at whether there was a covering service area, credit availability at the time, and if those credits would have been suitable. Some very complex analysis later, there is indeed permits leftover: there were some missed sales and permits that could have gone to a bank, but didn’t. Of course, Birnie clearly identified that she used a level of conservatism in reaching this classification – if it was rather unclear whether the permittee did infact have bank credit options at the time, she erred on the side of caution and declared they did not. Overall, this number may be an underestimation.