Scores of carbon offset projects are on track to reduce greenhouse gas emissions by saving rain forests and locking carbon in trees, but their efforts won’t earn UN credits if they don’t conform to emerging standards that keep track of forests on a national scale Here’s what project developers need to know about nesting. 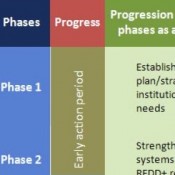 Scores of carbon offset projects are on track to reduce greenhouse gas emissions by saving rainforests and locking carbon in trees, but their efforts won’t earn UN credits if they don’t conform to emerging standards that keep track of each country’s forests on a national scale.  Here’s what all project developers need to know about “nesting”.

5 May 2011 | The Peruvian state of Madre de Dios is home to some of the most biodiversity-rich rainforest on the planet – much of which is also prime real estate for development.  That will one day make it a an ideal choice for carbon offset projects that reduce greenhouse gas emissions from deforestation and forest degradation (REDD) by saving endangered rainforest, as well as REDD combined with sustainable forest management, conservation, and enhancement of forest carbon stocks (REDD+).

Such projects can help save the rainforest, but they won’t generate offsets beyond the voluntary market until Peru has its own REDD framework – and that won’t happen until valuable swathes have been deforested and degraded.

That hasn’t stopped green developers from launching at least 11 REDD projects in Madre de Dios, or from scores of other projects being launched around the world.  All aim to slow deforestation in hopes of earning carbon credits for their efforts, and all run the risk of being punished for their early action by following rules that might not fit in with different countries’ emerging national plans.

As international and national REDD+ frameworks evolve, these subnational activities will need to be brought under broader accounting frameworks to ensure that any carbon credits issued to projects or programs “add up” — maintaining environmental integrity while catalyzing action at multiple scales of implementation. Integrating different local and national levels of action has come to be referred to as “nesting” and is important for a number of reasons, all of which are laid out in a new report from Forest Trends (publisher of Ecosystem Marketplace) and Climate Focus entitled Nested Approaches to REDD+ An Overview of Issues and Options.

The report draws on input from an international workshop on Nested Approaches to REDD+ convened by Forest Trends in March 2011 and is targeted to parties engaged in on-the-ground decisions about how to address REDD+.  It discusses the main issues and options that need to be considered in developing nested frameworks for harmonizing emission reductions at the jurisdictional and project scales, and outlines several reasons why nesting matters.

Its main focus, however, is on the discrete set of issues and options for nesting project-level activities within broader frameworks under the assumption that the issues will be broadly similar if the broader jurisdiction in which projects sit are national or subnational. It aims to explain relevant technical and regulatory aspects that require further clarification (and simpler explanation) so that REDD+ design options for the integration of different levels of governance can be more easily understood and applied nationally and internationally.

First, incentives need to be placed at the appropriate level of governance. While broader policy reforms may take years to be implemented, REDD+ action may be developed faster at the regional or project level, delivering near-term reductions in emissions. Secondly, the project level is a key entry point for private sector engagement and may provide important options for direct community-level engagement with REDD+. Finally, subnational activities are a critical piece of emerging national frameworks for REDD+ management and accounting.

Establishing local investment mechanisms, and measurement, reporting and verification (MRV) capacity in advance of national frameworks is providing valuable experience to inform broader architectures and capacity. The term “nesting” is variously used to refer to state- and province-level accounting integrated into national level systems, as well as to project-level activities sitting within broader national (or subnational) systems.

Both types of nesting are critically important and some of the most significant progress to date on developing compliance systems is being led by states and provinces (e.g., under the Governors’ Task Force on Climate and Forests, a subnational collaboration between 15 states and provinces).