The US Forestry Service recently introduced a new ecosystem-service-based forest-planning rule, but a group of land industry organizations say it’s in violation of several pieces of land management legislation. They’ve sued to halt what they see as governmental overreach. 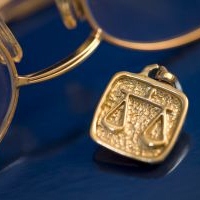 6 September 2012 | From the day it was founded in 1905, the US Forest Service (USFS) has been torn between two closely-related mandates – that of founding USFS Chief Gifford Pinchot (to conserve forests primarily for the natural resources found there,) and that of Sierra Club founder John Muir (to preserve forests for their inherent beauty and recreation.)

That rift continues to this day, and is central to the Forest Service’s effort to craft a new Forest Planning Rule based on collaboration and science. While the USFS claims the rule reaches ecological as well as economic sustainability, organizations within the livestock industry feel differently and have filed a lawsuit arguing the rule is in violation of several statutes.

If the lawsuit is upheld in court, national forest management will revert to the previous planning rule.

The seeds of the current rule were sown in 1960, when the Multiple-Use Sustained Yield Act (MUSYA) expanded the scope of national forest management to include “outdoor recreation, range, timber, watershed, and wildlife and fish purposes.”

The rule hasn’t been updated officially since 1982 although, beginning in 2000 several attempts to change the rule have been made. Many conservation groups say alterations are desperately needed. The Nature Conservancy estimates 120 million acres of American forests are in immediate need of restoration.

The rule includes requirements of restoring and maintaining forests, grasslands and watersheds and also providing habitat for species conservation. Other provisions of the plan include outreach to underrepresented communities and will require individual forest units use scientific data as well as public involvement in their planning.

“This new rule provides the framework we need to restore and manage our forests and watersheds while getting work done on the ground and providing jobs,” said Agriculture Secretary Tom Vilsack.

Regarding the litigation, the Forest Service released a statement saying, “We listened to thousands of stakeholders in crafting the new planning rule and it reflects the full spectrum of voices and perspectives of those who value our national forests and grasslands. We are confident in the rule as it is the result of an unprecedented collaborative process.”

The livestock industry’s lawsuit, filed last month and comprised of 12 claims, is led by the Public Lands Council and the National Cattlemen’s Beef Association but includes several other organizations. They argue the new rule violates the Organic Administration Act, (OAA) National Forest Management Act, (NFMA) the Administrative Procedures Act, and the Multiple Use Sustained Yield Act (MUSYA) primarily because of the rule’s focus on ecological sustainability and ecosystem services which those laws don’t mention as purposes to forest management.

“What we focus on in the lawsuit is the emphasis on preservation and ecosystem services and sustainability over what is required by statute,” says Executive Director of the PLC and Director of Federal Lands at the NCBA, Dustin Van Liew. Van Liew says the law requires the planning rule to focus on managing for multiple use purposes such as range, timber, raising livestock and mineral development. Wildlife preservation is one part of the rule and not the central component.

Another claim mentions the section of the planning rule on, “viable population” which requires species of conservation concern within the plan area. This mandatory requirement, the complaint reads, prevents multiple use activities, like timber and range, to be conducted. The lawsuit argues that this mandate elevates species recovery and conservation over the multiple use objectives causing it to be a violation of the NFMA.

But environmental law professor from Louisiana State University, Blake Hudson, says the statutes allow for discretion and the Multiple-Use Sustained Yield Act requires equal treatment of a variety of multiple uses that includes recreational functions and wildlife preservation along with the purposes mentioned above.

Since MUSYA, the Forest Service has faced challenges over the rule because of its disproportionate focus on economic purposes.

“There is a good argument that the new rule actually corrects an imbalance in the past, whereby a variety of ecosystem services that were required to be considered by the “multiple use” language, were excluded from the planning process,” says Hudson.

Ecosystem services such as climate regulation, carbon sequestration, biological diversity, medicines and food are not only vital to the ecological health of forests but also for economic and human wellbeing. The planning rule should reflect what we have learned about the interconnectedness of forest ecosystems, Hudson says, and we have found environmental and economic benefits to be greater in a fully functioning forest ecosystem.

“We all pay taxes to maintain our national forests,” Hudson says.”And so we all have an interest in the goods and services provided by forests – even those that are not related to extraction, livestock production and other economic activities.”

Ranchers and farmers say they operate under the multiple use management approaches in cooperation with Congress working to maintain wildlife habitat while also providing the foundation of the US west’s rural economy.

The USFS says the new planning rule does support these rural economies while enhancing protection for forests, water and wildlife.