Last week, the Convention on Biological Diversity held discussions on kick-starting mechanisms to implement the 2010 Nagoya Protocol, which focuses on how countries will share the benefits from the sustainable use of genetic resources.  Here are the details from Montreal. 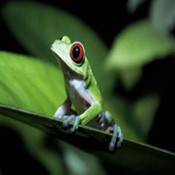 Last week, the Convention on Biological Diversity held discussions on kick-starting mechanisms to implement the 2010 Nagoya Protocol.  The protocol focuses on how countries will share the benefits from the sustainable use of genetic resources. But as often happens, these key Montreal talks were overshadowed in the media by the UNFCCC talks happening concurrently in Bonn. Here are the details from Montreal.

13 June 2011 | Echoing Yogi Berra’s famous maxim, the United Nations Convention on Biological Diversity (CBD) last week was a case of “  vu all over again.”  Even the CBD’s most important agenda items continue to be overshadowed by its sister Rio “Earth Summit” Treaty, the UN Framework Convention on Climate Change (UNFCCC).

From June 6-10, the CBD held key discussions on perhaps its most significant accomplishment to date, the 2010 Nagoya Protocol — though the concurrent climate-change discussions in Bonn took center stage in the media world. The meeting in Montreal focused on kick-starting the mechanisms that will implement the protocol, which regulates international commerce on genetic resources.

This protocol will establish how countries cooperate and share the benefits that derive from the sustainable use of living organisms.  The ratification of the protocol would ultimately increase the economic and social value of these genetic resources.

In a short amount of time, the CBD has already picked up just short of 30 countries signing the treaty; 50 nations need to ratify to bring the protocol into force.  The product of many years of intense deliberations, the CBD’s Nagoya Protocol might very well emerge as the CBD’s signature achievement.

The protocol was finalized in the wee hours of the tenth Conference of the Parties to the CBD, held in Nagoya, Japan in October, 2010, after years of negotiation and about two decades of energized advocacy by tropical developing countries, indigenous peoples groups, and NGO activists throughout the world.

The protocol focuses on the genetic resources found in nature that are the basis for a myriad of pharmaceutical and industrial goods but are not often included in ecosystem services.

Some agricultural products also fall under the Nagoya Protocol, but the staple food stuffs and others are covered by the UN Food and Agriculture Organization International Treaty on Plant and Genetic Resources for Food and Agriculture.  The FAO treaty and CBD protocol are designed to complement one another.

While the FAO Treaty features a multilateral sharing system, the Nagoya Protocol emphasizes  bilateral arrangements. This bilateral emphasis ensures the ability of developing nations and indigenous and local communities to make claims for accruing the benefits, fair contracts, and participating in the scientific development of genetic resources.  The Nagoya Protocol includes key and clear provisions for mandatory consent regarding bioprospecting, technology transfer, and development of government regulations

In May, the Global Environment Facility (GEF) opened a fund that supports developing countries in the adoption of the protocol. The GEF will also fund different proposals from CBD countries that support a transition to sustainable use of genetic resources.

The Intergovernmental Committee for the Nagoya Protocol (ICNP) in Montreal was the first of two scheduled gatherings and is open to all 193 nation-parties to CBD, as well as to observers (including the United States, which is a  CBD non-party) and to industry and advocacy groups. Over 350 participants attended. The CBD nation-parties have the final say on the meeting’s work products.

One of the goals of the Montreal ICNP meeting was the launching of the pilot Clearing House Mechanism for Nagoya Protocol. This mechanism would be an information portal for transactions, regulations, case studies and other important information regarding genetic resource commerce.

The meeting also focused on building capacity for developing nations, developing tools and an agenda for increasing awareness, and making procedural recommendations for the official deliberative body of the Nagoya Protocol, the Meeting of the Parties (MOP), which will be held in India in 2012.

The meeting was not without conflicts.  Heated debate erupted early in the week as to whether the committee should recommend a holistic compliance approach that eschews mentioning specifics provisions or one that makes mention of the diverse compliance articles in the protocol. Ossama El Tayeb, the Egyptian delegate and a member of the African delegation, in particular, protested the Secretariat’s interpretation of international law and the drafting language that favored a holistic approach.

On Thursday, June 9, further disagreement arose over compliance and the clearing house mechanism. A second ICNP meeting to be held before the 2012 India meeting should help settle left-over procedural tasks.

Participants at the Montreal conference had different expectations as to how the Nagoya Protocol will shape the future use of genetic resources.  Most agree that the Protocol’s impact will be very significant and that this and the follow-up ICNP meeting will be pivotal in getting the process up and running.

“The first thing is that there is no conflict between Nagoya and other intellectual property agreements,” he says. “That being said, under Nagoya, countries can establish one or more checkpoints to monitor utilization of genetic resources by users. [Furthermore with Nagoya], there is a great scope for implementation at national level.”

“The Nagoya Protocol can also work with other intellectual property [IP] systems to  make all IP more transparent and work for a more a equitable system,” he adds.

One of the most innovative aspects of the protocol, according to Chiarolla, is the “articulation of provisions for indigenous and local communities [that]  goes way beyond what is mentioned in the CBD.”  These provisions mandate contact, consent, and capacity building stipulations when working with genetic resources linked to these communities.

Despite these positive aspects, the protocol has generated some apprehension.  Groups representing businesses and others from developed countries are concerned about how the Protocol will affect scientific research and investment in products developed from natural discoveries.  Some observers are not certain that the Nagoya Protocol will alleviate heated polemics regarding genetic resources.

Other nations and groups feel that Nagoya is a great achievement, and will lead to reliable and equitable norms for genetic resource transactions.

Brazil and India, for example, have been influential in genetic resources talks, and are vocal in their support of the Nagoya Protocol. Both countries are considered “users” and “providers” of genetic resources as they both have sought-after natural biological resources and also sophisticated science establishments that assay genetic resources for agricultural and commercial uses.

For Maria Cavalcante, Brazil’s delegate to the meeting, the Nagoya Protocol is a hard-won victory for sustainable development.  “We have a political text at last,” commented Cavalcante referring to the Nagoya Protocol. She added that the ICNP meetings will be critical in “how we are to get the nuts and bolts right, which is so important… This is about implementation, and getting the starting point going for the Protocol’s entry into force.”

Users and Providers: It is about People

As more nations and stakeholders recognize genetic resources as ecosystem services, with integral commercial and equitable aspects, the CBD’s genetic resources program will attract more attention and be incorporated into domestic policies worldwide.
Not to far off in the future, the CBD’s Nagoya Protocol talks might even share the media spotlight with concurrent climate change discussions.