The outgoing president of the National Mitigation Banking Association recently gave Ecosystem Marketplace a brief rundown on highlights of the past year and what to expect from this year’s National Mitigation and Ecosystem Banking conference, which should again see a focus on Interior’s landscape-level mitigation strategy. However, this year the strategy’s focus won’t be on its release but rather its implementation. 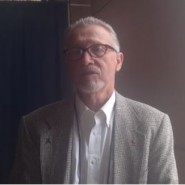 The outgoing president of the National Mitigation Banking Association recently gave Ecosystem Marketplace a brief rundown on highlights of the past year and what to expect from this year’s National Mitigation and Ecosystem Banking conference, which should again see a focus on Interior’s landscape-level mitigation strategy. However, this year the strategy’s focus won’t be on its release but rather its implementation.

5 May 2015 | This week, mitigation and conservation bankers from around the US are convening in Orlando, Florida for the annual National Mitigation and Ecosystem Banking Conference (NMEBC), arguably the most important gathering for the mitigation industry. It’s been a progressive year for the sector, says Wayne White, the President of the event’s organizer, the National Mitigation Banking Association (NMBA) with several noteworthy changes.

White recently chatted with Ecosystem Marketplace about the NMBA’s achievements of the last year and significant happenings for the industry. The NMEBC started today and runs through the 8th.

Last year, the Department of Interior (DOI) released a new more inclusive mitigation strategy that encompassed its many agencies: the Fish and Wildlife Service and the Bureau of Land Management to name a couple. As the DOI’s new strategy follows the mitigation hierarchy, which takes full advantage of compensatory mitigation mechanisms such as conservation banking, the strategy has many implications for the banking sector. The NMBA has been heavily involved in working with DOI agencies to implement this new strategy. White named implementation of this plan as the most significant point of 2014.

In fact, Letty Belin, Senior Counsel to the Deputy Secretary in the DOI, and a person closely watching the adoption process play out, is the NMEBC’s keynote speaker this year.

The NMBA’s Forever Goal: Full Implementation of the 2008 Rule

Moving forward on the Final Compensatory Wetland Mitigation Rule, issued in 2008, is what White calls the NMBA’s “forever goal.” The Army Corps of Engineers (USACE) and the Environmental Protection Agency (EPA) passed this rule which says wetland banking is the most effective form of mitigation and should be used above others. But ever since it became a regulation, the Rule has had issues with bankers claiming the USACE fails to enforce it.

This past year, however, White feels they made real progress in part because of the NMBA’s involvement in local activities for the first time. In the past, the NMBA didn’t assist individual Association members having trouble with implementation of the Rule. We thought it was beyond our control, White says.

But this year, the Association tried something new. The NMBA provided national support for local challenges through draft letters the Board of Directors signed. A copy of this letter not only went to the district where the implementation problem originated but also to the USACE and the EPA.

“We’re giving our members support and also displaying to the federal agencies challenges with the 2008 Rule,” White says.

Controversy Continues with Voluntary vs. Compliance

Similar to last year, there has been much talk on the voluntary approaches to conservation-particularly species conservation. While last year, it was the lesser prairie-chicken, this year talk is focused on another wild bird with a western range: the greater sage-grouse. The bird is at-risk after its population plummeted these last decades. Federal agencies are encouraging innovative voluntary conservation to keep the bird off the Endangered Species List.

But White, like many others, is skeptical of this voluntary approach. He notes that one of the first areas to lose funding when money for a development project gets tight is the mitigation. Without compliance, there isn’t a guarantee the mitigation is being implemented, White says.

At any rate, this argument between voluntary and regulated conservation is a debate that shows no signs of going away.

For the first time in its history, the NMBA has hired an Executive Director to work full-time on NMBA policy and implementation objectives. The association’s board of directors chose Barton James, a familiar face on Capitol Hill because of his longtime involvement in conservation policies.

“With Bart up on the Hill making contacts, we really see ourselves making major strides at meeting some of our goals and objectives,” White says.

He notes James’ hiring as one of his key accomplishments. Near the end of last year’s NMEBC, White compared the NMBA to volunteer firefighters where the association’s volunteer board is at a standstill until there is a fire or, in the case of the NMBA, a serious situation regarding the banking industry.

“We need someone working 24/7 and in contact with the relevant agencies consistently to move the policy action forward,” White said last year.

James feels policy action will be his greatest strength as well. As Director of Public Policy at Ducks Unlimited, a nonprofit focused on wetland and waterfowl conservation, James became heavily involved in the policy side of mitigation banking.

“Because of my background, I bring a different dynamic to working with elected officials than many other NMBA members,” James says.

Growing membership and advancing NMBA goals in D.C. are James’ main objectives. He also sees great potential in schooling decision-makers on mitigation banking and all it entails. “Many Capitol Hill staffers and members of Congress know the term but they don’t have a good understanding of the financial benefits it offers.”

At the conference, Michael Sprague will take over as president of the NMBA officially ending White’s presidency. White says Sprague will continue the Association’s recent endeavors such as expanding member services and participating at a local level. He will also continue to keep the dialogue going between the industry and policymakers, White says, which are efforts rooted in several past NMBA presidents.

Engagement between lawmakers and bankers is evident at the conference with sessions discussing communication between the two spaces as well as the relationship with bank users.

This interaction is much needed, White says. Outside of the DOI’s mitigation strategy, he mentions proposed water policy-currently working its way through the legislature-which seeks to clarify water protected under the Clean Water Act. It carries implications for the banking world with many in the space saying clearer definitions could streamline banking procedures. One session explores water quality credit trading banks while another looks at wetland functions at a watershed scale.

Water policy is something to watch at the conference and throughout the year. As is the mitigation strategy and several other ongoing efforts, White says. But overall, it’s been a good year for the industry, according to White. And while much more needs to be done in order to continue to grow the market and fulfill long-term objectives, White is ready to celebrate his year as president and reflect on what he has learned.