It’s been more than a year since the United States enacted uniform procedures for offsetting lost wetlands across the country, but market participants say "The Rule" has neither calmed the conflicts it was designed to eradicate, nor driven business to mitigation banks.  The reason, they say, is that regulators are as regionally inconsistent as ever. 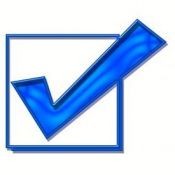 This article has been adapted from the Executive Summary of A National Survey of Federal Mitigation Regulations and their Impacts on Wetland and Stream Banking. You can download the full report, including the executive summary, above.

It’s been more than a year since the United States enacted uniform procedures for offsetting lost wetlands across the country, but market participants say “The Rule” has neither calmed the conflicts it was designed to eradicate, nor driven business to mitigation banks. The reason, they say, is that regulators are as regionally inconsistent as ever.

20 November 2009 | When the US Environmental Protection Agency and Army Corps of Engineers released their long-awaited regulations for offsetting lost wetlands in March of last year, everyone seemed to agree that “the Rule” – as the regulations are collectively and colloquially known – would encourage the expansion of mitigation banking to provide compensatory mitigation for unavoidable impacts to the nation’s wetlands.

Mitigation bankers, however, generally believe the Rule has produced or re-enforced barriers to mitigation banking, according to a survey of 156 mitigation bankers and other market participants in 30 of the Army Corps of Engineers’ 38 districts that we conducted earlier this year and available for down load here.

The survey, which we submitted to the National Mitigation Banking Association (NMBA) last month, shows a wide array of experiences on the part of bankers who perceive conflicts between the Rule and existing state and local law, as well as inter-agency confusion and conflicts of interest between regulators and other forms of mitigation that compete with mitigation banks.

A cornerstone of the Rule was the establishment of equivalent standards for the three mitigation mechanisms (mitigation banks, ILF – in-liue fee – programs, and permittee-responsible mitigation).

Our results, however, reveal major differences between the service areas of ILF programs and mitigation banks, with a variety of physical and administrative boundaries being used to delineate service areas.

Respondents, for example, perceived that state boundaries were nearly 20 times more common service areas for ILF programs than for banks (19.2% vs. 0.7%, respectively). If this perception is accurate, this would likely provide a competitive advantage for ILFs in markets with mitigation banks. On-going research by the Environmental Law Institute (ELI) will detail current ILF service area boundaries.

Respondents also believe that ILF programs have not yet conformed to the Rule’s requirements – which is not surprising, since they have five years to do so.

Respondents also expressed frustration with the way some Corps Districts treated ILF programs. They complain that many districts either choose to disregard the Rule or don’t believe that the Rule’s ILF provisions apply to existing ILF programs. Many districts, they say, are in conflict (or have created complex relationships) with state regulations that interfere with the Rule’s ILF provisions or place heavy preferences on non-profits and government agencies running ILF programs.

In addition, several respondents were concerned about conflicts of interest by government agencies (including the Corps and various state agencies) that both regulate impact permits and run ILF programs. Several respondents also blamed limited ILF provision enforcement on a lack of standardized policy for ILFs and non-existent examples on which to build compliant ILF programs. Lax enforcement was also attributed to regulators that see government agencies and non-profit organizations as more financially responsible than private entities, a theme echoed throughout the survey.

If bankers’ perceptions are accurate, and ILF programs are not held to the same standards as mitigation banks (i.e., mitigation plans, regulatory review, public review, and limits on advanced credit sales), then the integrity of ILFs in some districts are understandably questioned. Better oversight and documentation will greatly improve ILF transparency, which is in the best interests of the environment, the public, ILF programs, and regulatory agencies.

Permitee-Responsible Mitigation (PRM) is, as the name implies, when the permittee carries out its own mitigation for damages.

Although a much higher fraction of respondents declined to respond to PRM questions (approx. 40%; presumably due to unfamiliarity with local PRM practices), only 23.4% believed that the Rule was responsible for substantial changes in PRM financial assurance requirements. Additionally, 21.1% of respondents saw changes in the implementation of the watershed approach for PRM under the Rule, primarily through increases in in-kind mitigation and additional attention towards watershed-scale concerns. Finally, 21.1% and 20.3% of respondents believed the Rule was responsible for changes in ecological performance and monitoring standards, respectively.

Similar to mitigation banking standards, respondents primarily referenced stricter and more tightly-defined ecological standards for PRM in the wake of the Rule.

Among the most unexpected results of the survey was the common perception that the Rule has produced or re-enforced barriers to mitigation banking, including conflicts between the Rule and existing state and local law, conflicts of interest between regulators and ILF programs, and inter-agency confusion and conflict (Inter-agency Review Team members that interpret the Rule differently).

Respondents described extensive inter-governmental conflicts among the federal agencies interpreting the Rule as a major source of difficulty. Bankers primarily attacked the inconsistent implementation of timelines associated with the bank permitting and approval process, an issue that has bred surprising and problematic levels of banker distrust of regulators. While 44.2% of respondents saw no change in timelines for bank approval due to the rule, 35.7% of respondents indicated that the Rule had had at least some effect. Explanations were wide-ranging, with many respondents describing timely review of bank prospectuses, and others experiencing slowing due to IRT confusion and staff reorganization.

Usually in the form of increased requirements, 41.1% of respondents saw changes in financial assurances required for banks under the Rule. Only 34.9% saw changes in their district’s implementation of a ‘watershed approach’ for mitigation banks (45.7% did not), primarily through changes in the size of bank service areas. Confusion as to the interpretation of ‘watershed approach’ continues among many bankers. For ecological performance and monitoring standards, only 31.0% and 29.5% of respondents respectively believed the Rule had affected changes, usually through increased standards that were more strictly enforced and better defined. In several cases monitoring periods had not been defined or enforced prior to the rule. However, respondents indicated the need for guidance relating to these standards, particularly given extensive interagency conflicts, slowing of credit releases, and altered incentive structures.

Conflicts of this nature increase uncertainty for bankers, permittees, and the regulatory community, creating significant barriers to private enterprise interested in prospectively building mitigation banks. In these and other districts, our results point to the need for increased coordination between IRT agencies (state and federal) and legislative bodies (state and federal). Additionally, these areas may require more extensive documentation from regulators that clarifies Rule interpretation, preference structure, and the role of ILF programs in providing compensatory mitigation within local jurisdictions.

Of the respondents claiming that their district did not use the Rule’s suggested hierarchy, 58.8% asserted that PRM was the most preferred choice of regulators, 42.6% believed that mitigation banking was the second preference, and 45.6% believed that ILF mitigation was the least preferred alternative. In districts where the Rule has caused a change in preference hierarchies, PRM had also previously been the clear regulator preference, followed by mitigation banking and ILF programs. This suggests that prior to Rule implementation, PRM was the widely favored compensation method in most districts. Where the Rule has not forced changes, PRM continues to be the preferred method. These results confirm documentation by the Environmental Law Institute (2007), which concluded that during FY 2003, 59.8% of wetland mitigation and 81.5% of stream mitigation was completed as PRM. This suggests that while bankers have focused substantial attention over the years to the threat posed by ILFs to banking interests, it appears that PRM has been, and continues to be, a more important challenge to banking interests.

Related to regulatory preference, several respondents perceived that IRT members, and Corps Districts in particular, prefer compensation provided by non-profits and government agencies over that provided by mitigation banks. These concerns indicate significant distrust between the private and public components of the compensatory mitigation industry. Based on the frequency and geographic extent over which they were raised in the survey, these perceptions are widespread, suggesting entrenched ideological barriers to the implementation of a Rule that might otherwise benefit private sector-sponsored compensation. If these perceptions mirror reality, several of the Rule’s provisions – especially the preference structure – may be difficult to implement to any meaningful degree.

Finally, 75% of respondents indicated that the Rule had not reduced the financial risk of establishing mitigation banks.

Respondents reasoned that the new compensation hierarchy was merely a “soft preference”, meaning that compensation requirements and decisions were largely left to the discretion of district-level regulators, who, respondents often felt, were adverse to banks and the organizations that created them. Respondents also referenced several factors that negated decreases in financial risk that they hoped would accompany the Rule, including: uncertainty in timelines and service areas, continued preference for non-bank compensation by regulators, high up-front costs due to increased financial assurances and stricter ecological requirements under the Rule, and Rule implementation problems. To a lesser extent, respondents pointed to marked heterogeneity in the treatment of individual bankers by regulators in several districts.

Respondents who did see reductions in financial risk primarily attributed it to increasing regulatory preference for banking in their districts, consistent and predictable timelines for bank approvals and credit releases, consistency in application of the Rule, and increased certainty regarding service areas.

Approximately 23% of respondents claimed an increase in the availability of mitigation bank credits, primarily due to increases in bank development (although this widely varied across districts), improvements in the bank approval process, increased investment in banking companies, and increases in the general acceptance and “credibility” of banking by regulators. However, 64.5% of respondents saw no effect on credit availability due to the Rule.

Many respondents claimed that no new banks had been established in their districts. Analysis revealed that this claim was uncorrelated with references to decline in market demand for compensatory mitigation. “Soft” preferences, continued uncertainty in timelines, perceived “interference” by competing ILF programs, interagency conflicts (both within the IRT and between state and federal agencies), and increased requirements for compensatory mitigation were referenced.

Although substantial changes have occurred in the short time since the issuance of the Rule in 2008, ongoing efforts to improve implementation will be important in the coming years. Elevation of compensatory mitigation to higher, more ecologically sustainable standards will be difficult unless extensive social and economic hurdles to implementing the Rule are overcome. Perceptions of conflicts of interest that breed distrust between bankers and regulators, combined with multiple sources of uncertainty in the compensatory mitigation process, continue to present barriers to realizing the full potential of the Rule. As deadlines for ILF compliance approach, it will be important that regulators and bankers improve communication and work together to ensure transparency in standards for Rule interpretation and implementation, regulator intentions, and banker responsibilities.