The US State of Maryland has a history of putting innovative ideas into practice when it comes to the environment.  Over the past three years, for example, it has quietly implemented one of North America’s most sophisticated large-scale payments for watersheds services programs, and now it’s developing a statewide system of ecosystem services. 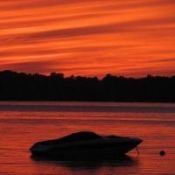 The US State of Maryland has a history of putting innovative ideas into practice when it comes to the environment.   Over the past three years, for example, it has quietly implemented one of North America’s most sophisticated large-scale payments for watersheds services programs, and now it’s developing a statewide system of ecosystem services.

3 February 2011 | Maryland Governor Martin O’Malley’s Ecosystem Services Working Group (ESWG) will be meeting on Friday to iron out the remaining differences in its Interim Report on Ecosystem Services.   More than four months in the making, a preliminary draft circulated last week lays out a detailed analysis of the need for developing a statewide payments for ecosystem services (PES) approach to dealing with environmental problems.

Such mechanisms deliver better results than old-fashioned command-and-control regulation because they are driven by ecosystem science, and not by political considerations.   They begin by determining how much pollution a given body of water can reasonably absorb (usually a total maximum daily load, or TMDL), and then use that as a cap on total discharges. Farms, cities, and others who redeuce their discharges more than they have to can sell their allowances to entities that aren’t able to do so.

The reductions are often deeper and more cost-effective than traditional methods, because the market sets a concrete. science-based goal and adds an incentive to meet that goal in the most cost-effective way possible.

That, it turns out, is what the state’s Chesapeake and Atlantic Coastal Bays Trust Fund has been doing since 2007.

The Trust Fund is essentially a water quality incentive program that pays urban and rural landowners to reduce nutrient and sediment run-off from their land.

The money comes from taxes on motor fuel and rental cars, so it’s not, in the purest definion, a PES mechanism.   That’s because PES technically requires the money to come either from someone who benefits from an ecosystem service — such as a brewery or a filtration plant — or someone who simply can’t meet their own target efficiently.

Still, the program sets concrete, verifiable targets and creates a mechanism for verifying their achievement.   To date, more than $38 million have been paid to reduce runoff by 1.5 millions pounds of nitrogen, 117,000 pounds phosphorus, and 111 tons of sediment.   Indeed, it offers a solid template for future mechanisms designed to reduce runoff into the Chesapeake Bay.

On January 24, Governor Martin O’Malley proposed a 25% increase in funding for the Trust Fund, to $25 million in fiscal 2012.

Point sources are the ones we hear about the most: industrial enterprises or urban waste treatment plants that directly pollute a watershed from a single pipe or point.

Nonpoint sources, on the other hand, include farms, septic systems and new development whose pollution washes into a watershed over a diffuse area, usually in the form of run-off, and they account for a whopping 80% of the nitrogen and phosphorous that ends up in US waters – and most of these are unregulated, for a variety of political, social, economic, and logistical reasons.

The Maryland Fund is designed to specifically support projects that reduce non-point source pollution to Maryland’s portion of the Chesapeake Bay and its coastal bays.   Its success shows that environmental market programs achieve their goal of improving the efficiency, accountability, transparency and, most importantly, the effectiveness of achieving environmental goals.

Markets are not, however, a panacea.   They simply provide a tool for achieving cleaner water and healthier ecosystems more efficiently and effectively.   That tool, likewise, doesn’t exist on its own.   To achieve scale, it will be embedded in a larger systemic approach – like the one Governor O’Malley’s team are chewing over this Friday.