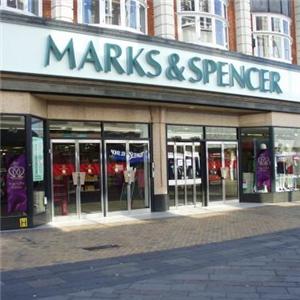 13 June 2012 | The next time you buy a dress or belt at Marks & Spencer, you could be helping to save a patch of endangered rainforest in Kenya’s Kasigau Corridor – home to the first REDD project to earn carbon credits under the Verified Carbon Standard. Or maybe you’ll be supporting biomass technology that pays Chinese farmers for their waste, or any one of a number of activities that M&S supports with the voluntary purchase of carbon offsets.

That’s because M&S last week became the first major retailer to go from having a small carbon footprint to having none, and it used voluntary carbon offsets to neutralize those emissions that it couldn’t reduce internally.

Other retailers are already following suit, and the Co-Ooperative Group – the global food cooperative owned by millions of its consumers and comprised of different business – says it’s on track to achieve carbon neutrality by 2014, also by reducing what it can internally and offsetting the rest externally.

“I think it speaks to a trend that a number of leading organizations in their sectors are showing the way,” says Jonathan Shopley, managing director of The Carbon Neutral Company, which is the company that worked with M&S to reach carbon neutrality. He lists Bain & Co. and Microsoft as further examples of a trend taking hold in other sectors.

The M&S deal fits a pattern identified in the most recent State of the Voluntary Carbon Markets report, which was launched on the last day of May at Carbon Expo in Cologne, Germany, and identified a significant demand for offsets among companies to make offsetting commitments for CSR (corporate social responsibility) reasons rather than simply for good public relations.

Then there’s the business argument: M&S says that its sustainability drive has saved it £185 million since 2007, and carbon neutrality is part of that drive.

“We see companies leveraging their carbon offset purchases for ends that increasingly go beyond branding motivations,” says Ecosystem Marketplace Carbon Programs Manager Molly Peters-Stanley, who co-authored the State of report. “Some corporates are leveraging offsets to green their supply chains, others to test drive emissions reductions methodologies or new ways to measure other sustainable development impacts, for example.”

The deal reflects a growing understanding among corporates of how offsets work and the role they can play in achieving carbon neutrality.

“No one can reach zero without offsetting,” says Sally Uren, chief deputy executive at Forum for the Future,a non-governmental organization (NGO) that works globally with companies to develop sustainable solutions for their businesses. “In the future, more companies will be able to reduce emissions through sustainable technology, but we need to cut greenhouse gases now.”

At Carbon Expo, several practitioners set awareness-raising as a primary objective for offset suppliers in the coming year.

Moving Down The Supply Chain

For carbon neutrality to really impact the environment, it will have to move down the supply chain – from businesses with high public profiles like M&S and the UK media company BSkyB Sky down to the companies that make the buttons on the dresses they sell or the farmer who raises the cattle that becomes the belt.

Uren and Shopley both believes those “quiet” companies will eventually fall into line to keep their end-users happy.

“Look at a company like BSkyB , who we’ve been working with the past six years,” says Shopley. “A number of their suppliers have responded to the fact that Sky holds carbon management and reductions in high regard.” He adds that most of his 400 clients are small providers little-known outside the circle of buyers who acquire the items that become dresses, belts, and shoes.

“In many instances, these companies are in the supply chains of customers that care and have picked up that signal,” he says. “I see movement, and I see a trend which will increasingly involve what you call the ‘invisible partners’ in the supply chain.”

Kelli Barrett is an editorial assistant at Ecosystem Marketplace. She can be reached at [email protected] Please see our Reprint Guidelines for details on republishing our articles.