Companies around the world depend on products that either come from or relate to forests, but few have quantified their dependence.  That’s changing as more and more companies examine their supply chains – with surprising implications for the future of forests and corporate profitability 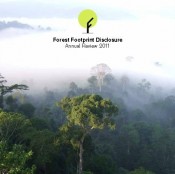 13 February 2012 | Patrick Spink was surprised to see how susceptible his company is to disruptions in the supplies of soy, palm oil and leather – something he learned after signing up for the Forest Footprint Disclosure project (FFD) three years ago.

“Participation in FFD soon highlighted how we use a wide range of forest risk commodities — paper in our printers, beef, soy and palm in our catering and leather for shoes, belts and bags,” writes Spink, who is the Environment Executive at British Airways, in the FFD’s Third Annual Review, which was launched last week and includes voluntary input from 87 companies.

“At BA, we use relatively small quantities fragmented across our global operation,” he wrote. “What’s more there is limited transparency across our supply chain.”

FFD Director James Hulse says BA’s experience is typical of what companies find when they start to take a hard look at where their materials come from.

“BA moves 30 million people per year, and a lot of those people eat chicken that was raised on soy that was grown on recently-deforested land,” he says.   “That’s the kind of indirect exposure you don’t know you have until you begin to look beyond your tier-one suppliers – and down to your tier-two and tier-three suppliers.”

By trying to uncover that exposure, BA earned the top spot in the Review’s Travel & Leisure sector – one of 12 sectors covered.   The Review lists top performers in each sector, but doesn’t publish individual company scores.   It does, however, publish aggregate scores for disclosure and action on 11 activities, from “Review of Your Supply Chain” to “Governance Process” and “Identifying Risks and Opportunities”.

By far the lowest scores came in two categories: “Sustainable Supply Chain Development and Support” and “Scope and Coverage” – reflecting the difficulty of moving down from immediate suppliers to those who supply the suppliers.

“This is where a lot of work needs to be done,” says Hulse.   “It’s also where you often hear it can’t be done, but companies like BA, Nike, and Nestlé have proven that’s not the case.   Nike have supply-chain management like no other because of what they’ve been thru in the past, and Nestlé have documented hundreds of thousands of suppliers and 600,000 farmers.”

Both companies, like BA, are also tops in their sectors – with Nike Inc topping off Clothing Accessories & Footwear and Nestlé SA tied with Unilever Food for the top spot in Food Products & Soft Drinks.

Hulse believes that companies that get a handle on their supply chains will ultimately recover the cost of digging by reducing their risk.

“If you understand your supply chain better, you can make it more robust and resilient,” he says.   “This way, when you get disruptions, you’re not as exposed to them because you understand what’s going on and you have better relationships, so you have more security of supply.”

Recent surveys like this one from MIT back him up: roughly one-third of companies that set out to make their supply chains more sustainable over the long haul found that such measures began to save them money almost from day one.

Companies have different reasons for taking part in FFD.   Many do so to protect themselves from disruptions of “forest risk” products, while others aim to improve their reputations.   Some want to get ahead of measures like the US Lacey Act the European Union’s action plan on Forest Law Enforcement, Governance and Trade (FLEGT) imposing penalties on companies that don’t monitor their supply chains properly, while a growing number simply want to get into the good graces of the FFD’s backers: more than 70 institutional investors who collectively manage more than $7 trillion in assets and are also looking to shield themselves from supply risks.

“Leading companies around the world have realized that eliminating deforestation from their operations and supply chains improves their sustainability and resilience,” says Theodore Roosevelt IV, who is managing director at Barclays Capital Corporation and namesake of his great grandfather, the conservationist US President.   “It makes good business sense.”

“This may just reflect the fact that we reached out to more companies this year than we have in the past,” says Hulse.   “We went from 285 companies to 365 – and our response rate actually went up a bit.”

Some of the companies that topped off their sectors are among those with the largest exposure to forest risk – and the largest impact on deforestation.   Major retailers like Marks and Spencer (General Retailers) and J Sainsbury (Food & Drug Retailers), for example, hope to both win points with their customers and make their supply chains more resilient.

Other retailers with massive impact on forests and a penchant for preaching sustainability – most notably Wal-Mart – are conspicuously absent.

Perhaps the most underreported sector is Oil & Gas, where Greenenergy International took the top spot.   The company supplies one fifth of all the road fuel sold in Britain, but it pales in comparison to global oil producers who chose not to participate: BP, Chevron, ExxonMobil, ConocoPhillips, Petrobas, Royal Dutch Shell, Total and Valero Energy.

Scientists are only now beginning to understand the impact that land use has on forests – not to mention the impact that forests have on surrounding land use.   Rainfall from the Amazon on down, for example, may be driven in part by complex chemicals in the forest itself, and there is growing evidence that deforestation reduces that rainfall by inhibiting the biotic pump that pulls in moisture from the sea.   Even without climate change, a reduction in the biotic pump would mean a plunge in soybean production across Brazil and Argentina, at a cost of trillions to the global economy.

Other risks are easier to see – such as those for timber and other raw materials.

“Wood is the most important raw material for Stora Enso, and responsible forestry is the cornerstone for our operations,” said Antti Marjokorpi, Senior Vice President of Sustainability for Finnish materials groupo Stora Enso Oyj, which earned top marks in the materials sector.   “The way we see it, only sustainably-managed forests and plantations can bring real value to all our stakeholders, including our customers.”

How The Information is Used

The results will be shared with the companies, and with those 70 investors, who will use the information to navigate their portfolios through some fairly dangerous times ahead.

“Investors get to see company reports and our SWAT (Strengths, Weakness, Advantages & Threats) analysis, and companies get to see their own reports,” says Hulse.   “The results are currently not available to the general public, because companies that participate in good faith but don’t yet have policies in place will come in at the bottom, and we didn’t think that was an incentive for those companies to participate.”

That may change over time, as more companies come clean and more governments demand transparency.

“Voluntary disclosure exists to fill a gap between what regulators ask companies to provide and the information that wider society thinks is relevant,” says FFD Technical Adviser Liz Crosbie.   “The free subsidy to businesses from using up more natural capital than can be replenished naturally may have been overlooked in the past, when there were fewer people on the planet, but it does not work in our new resource-constrained world.”

Steve Zwick is Managing Editor of Ecosystem Marketplace. He can be reached at szwick@ecosystemmarketplace.com.Please see our Reprint Guidelines for details on republishing our articles.