Renewable Energy Credits are designed to spur the development of renewable energy by selling the rights to its environmental benefits. Carbon credits often aim to do much the same thing. Can the two get along? The Ecosystem Marketplace examines the role of REC sector’s efforts to define its role in a cap-and-trade carbon economy. 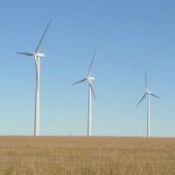 Renewable Energy Credits are designed to spur the development of renewable energy by selling the rights to its environmental benefits. Carbon credits often aim to do much the same thing. Can the two get along? The Ecosystem Marketplace examines the role of RECs in a carbon economy.

7 November 2008 | Back in the mid-1990s, Rob Harmon wanted to develop wind farms. Like other aspiring developers, he identified promising locations and then talked to local utilities about buying the power. He encountered a common response.

“They told me they’d pay me what they paid for commodity electricity,” Harmon recalls.

The commodity price for electricity was often determined by coal plants. Unlike new wind farms, these plants had often paid off their capital costs years ago. They also didn’t have to pay for much of the pollution they generated. Harmon simply couldn’t build his farms for the price.

“But commodity electricity didn’t capture the environmental values of renewable energy,” he explains.

So Harmon responded by championing a new commodity: the Renewable Energy Certificate or REC. A REC represents the environmental attributes of one megawatt hour of electricity generated from a renewable resource.

In just over a decade, the REC has gone from a bright idea to a traded commodity. RECs are utilized by state regulators, purchased by Fortune 500 companies, and traded by hedge funds. Last month, the industry that has formed around the REC gathered in Denver, Colorado for its thirteenth annual conference.

Lori Byrd of the National Renewable Energy Laboratory (NREL) told the 413 attendees that the so-called green power market grew by 50% in 2007, fed almost equally by growth in the voluntary and compliance markets. The industry feted its new largest purchaser, Intel, which made a commitment that bested last year’s top REC purchaser, PepsiCo. It celebrated the fact that 28 states plus the District of Columbia have regulations promoting renewable energy, many of which depend on RECs to function.

These are salad days for the REC, but now it’s facing a challenge from an unlikely source: the carbon credit.

Green power attendees flocked to presentations with titles like “Value of RECs in the Carbon Market” and “Using Renewable as VERs.” That’s because few industries have more to gain – and more to lose – from the maturing of the carbon markets in the United States than the renewable energy marketing community.

RECs were designed to support renewable energy, but everyone agrees that their success has been fueled as a method of reducing carbon dioxide.

As the voluntary market for RECs developed, buyers expressed numerous reasons to purchase them. They wanted to support clean energy, reduce the country’s dependence on fossil fuels, and reduce their carbon footprint. This last reason meant that RECs were viewed by some as a carbon offset.

To many in the industry, this was entirely appropriate.

“Renewable energy generation is a cost-effective, easily understood method of getting to the heart of the carbon emissions problem,” wrote Harmon, now the chief innovation officer for non-profit REC marketer Bonneville Environmental Foundation (BEF), in a 13 page paper he handed out at the conference arguing why RECs are effective greenhouse gas offsets.

But most carbon market players disagree. One vocal critic has been Michael Gillenwater, a Princeton researcher and the head of the Greenhouse Gas Institute.

Gillenwater argues to anyone who will listen that using RECs as offsets creates a host of conceptual problems. All of them can all be traced to the fact that, at its core, a REC guarantees clean energy generation, not carbon reductions.

“It’s sort of like claiming that an emissions allowance isn’t just a tracking device, it embodies everything good with that power plant,” says Gillenwater. “Imagine a [Certified Emissions Reduction] that doesn’t just tell you emissions have been reduced, but also how many jobs have been created. You can take it to absurd levels pretty quickly.”

For a number of years, many renewable energy marketers sold RECs as offsets for any type of carbon emissions. That left the two systems – RECs and carbon offsets – in fundamental conflict with each other.

At the Denver conference, players acknowledged the emergence of a new industry standard in green power that is more conducive to integration. It boils down to shift on when to use RECs and when to use carbon offsets.

Green-e, the green power industry’s non-profit watchdog organization, now recommends that standard RECs should only be used to offset electricity usage in the United States. Other emissions should be offset with standard carbon offsets. (It even recently released a program that provides methodology to transfer some RECs into standard carbon offsets.)

“A vast majority of the clients are making green power claims,” explains Gabe Petlin, the director of regulatory affairs for carbon offset and REC provider 3Degrees. “As long as we stop calling RECs a carbon offset, our business model fits right in.”

Even Gillenwater acknowledges in this more limited form RECs could play a role in the carbon economy.

RECs in a Cap-and-Trade World

This integration of voluntary markets seems achievable, but it doesn’t necessarily address the larger challenge that concerns REC participants: What happens to RECs when a cap-and-trade system for carbon is put in place?

The Regional Greenhouse Gas Initiative (RGGI) in the northeast, for example, demonstrates the challenge – and the opportunity – for RECs under cap-and-trade. There, regulators adopted a system that auctioned off pollution allowances. Since renewable energy producers don’t pollute, carbon policy makers argue, they benefit from this system simply by not having to purchase allowances. But the REC community points out that renewable producers lose the opportunity to sell RECs that claim to reduce carbon dioxide. In essence, such a policy kills the voluntary market for RECs.

That’s why the largest REC marketers came together at last year’s green power conference to form the Renewable Energy Marketers Association (REMA) to educate and advocate for including the renewable energy market in emerging cap-and-trade schemes.

REMA promptly sent off comments to all of the major carbon regulatory bodies in the United States, arguing that voluntary renewable energy purchasing should be incorporated into their efforts.

With RGGI, the young organization already notched a significant victory. Nine out of the ten participating states adopted language that allowed regulators to lower the capped emissions based on the amount of green power sales in that particular state. That action means that people purchasing RECs in RGGI states can point to carbon reductions from their actions.

This outreach effort is the exception, however. There’s not a great deal of communication between the carbon and REC camps. REC critic Gillenwater has never attended a green power conference and few carbon players could be found in the Denver halls. Meanwhile, few REC players are conversant in the nuances of the carbon markets.

Jennifer Martin, a policy director with the Center for Resource Solutions, told the REC crown in Denver about her recent meeting with representatives of the Western Climate Initiative (WCI), the western regional cap-and-trade program in development, in which she attempted to act as an emissary for the renewable energy market.

“There was a lot of skepticism,” Martin reported. She implored colleagues to engage the carbon world. “We can’t just talk amongst ourselves.”

In fact, there is plenty that the two sides can learn from each other. REC players would do well to appreciate the effort to create linkages that carbon trading systems are forging both domestically and internationally. On the other side, carbon players can learn from the green power market, which has attracted many more voluntary buyers in the United States than its carbon sibling. While the carbon market remains awash in voluntary standards, the renewable energy market has coalesced around one.

Rob Harmon expressed his desire to deepen the conversation between the two groups.

“My goal is to get more renewable energy,” says Harmon. “I’ll do what ever it takes to make that happen.”

Ted Rose consults companies and organizations on carbon offsets and renewable energy credits, and until this summer worked for Renewable Choice Energy. He is based in Boulder, Colorado, and can be reached at ted@rosecarbon.com.

What makes energy Green? And can it be traded?
De-Certification Puts REC Self-Regulation to Test