Long before the Deepwater Horizon catastrophe, the Obama Administration launched its Ocean Policy Task Force, which immediately began criticizing US ocean policy and offering an entirely new approach to federal resource planning for oceans, coasts, and the Great Lakes.  Tundi Agardy says there’s no bright side to the Deepwater disaster, but she hopes the Task Force at least shines a bright light into a previously opaque tunnel. 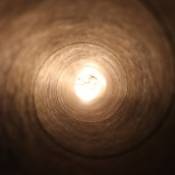 Long before the Deepwater Horizon catastrophe, the Obama Administration launched its Ocean Policy Task Force, which immediately began criticizing US ocean policy and offering an entirely new approach to federal resource planning for oceans, coasts, and the Great Lakes.   Tundi Agardy says there’s no bright side to the Deepwater disaster, but the Task Force offers light at the end of the tunnel.

16 June 2010 | Much will be written about the dark side of the Deepwater Horizon oil spill: the many contributing causes and sources of failure, the curious absence of contingency planning, the wisdom (or not) of industry self-certification, the lack of transparency on the part of BP, the lack of integrity on the part of the Minerals Management Service (MMS), the possible toxicity of the dispersants, and the seemingly endless toll all this has had on marine life, and human life too. But although this is a terrible tragedy, there are reasons to think there is a flip side to this disaster — as a wake-up call that may actually pave the way toward EBM in the US, and in other countries that look to the US as an example or for guidance and support.

Searching for the silver lining in a disaster of this magnitude is more than wishful thinking that some good can come of all evils.   The lack of strategic and intelligent planning that the oil spill highlights is easily remedied, and if there were ever a clearer reason for marine spatial planning (MSP), I cannot think of one.   From here forward, we need to think very carefully in terms of what is appropriate where, and model the worst-case scenarios arising out of all intensive uses of the ocean, so we can make the best possible choices.   MSP with ocean zoning may well be the best avenue to making those informed choices. And the foundation for MSP exists, thanks to a policy course set long before the pressure in the wellhead began its fateful rise.

Almost immediately after assuming office, the Obama Administration established an Ocean Policy Task Force to look at a suite of marine management challenges, including potentially conflicting uses such as energy and fisheries.   In part this was in recognition of the highly fragmented nature of US ocean policy: the nation’s complex marine governance structure at that point involved 20 federal agencies (the MMS among them) and approximately 140 ocean-related laws.

The interim policy that was released by the Task Force late in 2009 embodied an entirely new approach to federal resource planning for oceans, coasts, and the Great Lakes: the federal government working with states, tribes, local governments, and communities to decrease conflicts among competing users.   It recommended the formation of a National Ocean Council to track oceans’ condition and work with the White House to develop more effective marine management.   The process was intended to improve planning and regulatory efficiencies, decrease their associated costs and delays, and preserve critical ecosystem function and services.   However, implementing the policy has stalled, thanks to other complicated issues that took center stage.

There is much potential for breathing new life into the policy, to have ocean policy take center stage, and to have the Administration embrace ocean zoning as a useful tool to effectively and efficiently deal with the spate of potentially conflicting (and some highly damaging) uses of ocean space and resources.

Using zoning in an integrated approach to management will allow decision makers to understand and quantify the trade-offs to be made with coastal development, environmental degradation, and resource exploitation.   Zoning plans and the permitting procedures will help avoid development that is potentially environmentally devastating.

Perhaps understandably, BP has been made the scapegoat in the Deepwater Horizon fiasco, even though it was fully permitted to do what it was doing, and like a good business should, capitalized on a seemingly insatiable demand in the American public (cheap energy at any cost).   But the federal government would do well to concentrate its efforts now on preventing future disasters by using the best available science to determine what uses, and risks, are acceptable where — throughout our valuable and vulnerable ocean realm.

Tundi Spring Agardy is Director of the Forest Trends Marine Ecosystem Services (MARES) Program and an internationally renowned expert in marine conservation, with extensive field and policy experience in Africa, Asia, the Caribbean, the Mediterranean, North America, and the Pacific. Tundi specializes in coastal planning and assessment, marine protected areas, fisheries management and ocean zoning, and has published widely in these fields.   She has served as Senior Scientist for WWF and began Conservation International’s Global Marine Program. She also led the coastal portion of the Millennium Ecosystem Assessment and is a contributing editor to the Marine Ecosystems and Management (MEAM) newsletter, in which this first appeared.   She can be reached at tagardy(at)forest-trends.org.

This article originally appeared in the Marine Ecosystems and Management Newsletter