Industrial farming requires massive inputs of nitrogen and other fertilizers, yet still depletes soil, while labor-intensive practices like agroforestry and organic farming can actually restore it. But can regenerative agriculture be scaled up to feed the world? Yes, argues Ronnie Cummins of the Organic Consumers Association and Regeneration International. 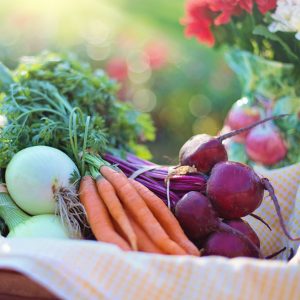 This story first appeared on the Regeneration International web site

“…the care of the earth is our most ancient and most worthy and, after all, our most pleasing responsibility. To cherish what remains of it, and to foster its renewal, is our only legitimate hope.”

– Wendell Berry, “The Art of the Commonplace: The Agrarian Essays”

10 December 2018 | It was a soil scientist who reminded me recently of something we self-obsessed humans often forget: We don’t need to worry about saving the planet. The planet will save itself.

Planet Earth will survive in one form or another, no matter what damage we humans inflict on it. The question is, will we survive with it?

Or will we destroy Earth’s ability to sustain life, all life, as we know it?

We had that conversation sitting around a table in San Miguel de Allende, Mexico, where about 100 people from 22 countries gathered in September for the second Regeneration International (RI) General Assembly. We were there to evaluate what the group had accomplished since our last gathering in June 2015, when we launched RI, and what we wanted—and needed—to do next.

We had come together to renew our commitment to the one movement that we believe has the power to address all our individual and collective concerns, the movement that holds the most hope for resolving the multiple and deepening global crises of hunger, poverty, crumbling political systems and climate change.

The Regeneration Movement. The movement that begins with healing our most critical resources—soil, water, air—through better farming and land management practices. And ends with healing our local communities and global societies and restoring climate stability.

A Movement by any Other Name

When the founders (Organic Consumers Association is a founding partner) of RI first came together to formalize the organization, we struggled with the word “regeneration.” It was too long. Not memorable. No sex appeal.

In the end, we decided it was the right word. Turns out, it was also the right time.

The word—and the movement—have taken off far faster than we anticipated, and spread farther than we dared hope.

Increasing numbers of farmers, consumers, environmental and animal welfare activists, economists and scientists are talking about the potential power of regeneration.

In the U.S. where industrial agriculture has dominated (and degenerated) for far too long, a growing number of farmers are reclaiming their independence by returning to their roots.

It’s happening In Nebraska. In Colorado. In Iowa. In California.

In Maine, Wolfe’s Neck Farm, recently renamed Wolfe’s Neck Center for Agriculture & the Environment, has not only gone regenerative, it has hired a scientist who’s developing tools to measure how much carbon the farm is sequestering through its soil-management practices.

Consumers and citizen activists are directly and indirectly supporting organic, regenerative agriculture more than ever before.

Last year saw the citizens of Tonganoxie, Kansas, fed up with factory farms ruining their communities, take on Tyson, one of the largest factory farm operators (and largest polluters). They shut down Tyson’s project.

In Nebraska, a group of citizen activists who support regeneration, with help from the Nebraska Farmers Union, are working to keep a giant Costco factory farm out of their state.

Activists and politicians in Iowa and Wisconsin are calling for moratoriums on the construction of new industrial factory farms.

An Idaho court just ruled against industrial agriculture by striking down most parts of an Idaho “ag-gag” law prohibiting undercover investigations at livestock facilities aimed at exposing animal abuse and violations of environmental laws.

At the federal level, despite the current pro-corporation administration, lawmakers are proposing new laws and programs to help more farmers transition from industrial to organic regenerative agriculture.

In an effort to fix the Farm Bill in a big way, Rep. Earl Blumenauer (D-Ore.) has introduced the Food & Farm Act. The bill focuses on programs designed to promote healthy food and reduce industrial agriculture’s impact on the environment by providing greater assistance to producers of organic and regenerative food.

On the policy level, OCA has always and will continue to advocate for policy reforms that shift agricultural subsidies and appropriations away from industrial monoculture commodity crop farming and industrial meat and dairy production toward support for farmers transitioning to an organic regenerative paradigm that improves public health, revives strong local economies, renews biodiversity, reduces environmental pollution and restores climate stability.

But we’ll need an engaged consumer and citizen base to make this movement a success.

Consumers Will Drive the Transition to Regeneration

Concerns about chronic illness and rampant obesity have a growing number of consumers looking to change their diets.

Consumer demand is behind record sales of organic food in the U.S. and in other countries. But as consumers demand better quality and greater transparency, they’re taking a more critical look at what organic means, and whether a product lives up to what has always been considered the gold standard—USDA organic.

Many organic producers do adhere to those standards. Unfortunately, some don’t. Skepticism about “Big Organic” has led some consumers to look for more local suppliers, including farms they can inspect in person, in their own communities.

Distrust of big organic brands has also led to the creation of new certifications and standards for consumers who want to support regenerative producers. A collaborative effort with the Rodale Institute and other groups produced the new Regenerative Organic Standard (ROC). The Savory Institute recently announced its new Land to Market (L2M) Program. And earlier last year, the American Grassfed Association announced new standards for grass-fed dairy products.

As more consumers demand higher standards, brands will have to respond. After all, when McDonald’s starts talking “regenerative” it signals a recognition—and validation—of consumers’ changing preferences.

Exercising our purchasing power to move markets toward regeneration is one way consumers can propel the Regeneration Movement forward. We can also support policy change, at the local, state and federal levels, that supports the transition to regenerative agriculture.

But it will take more than that to scale up regeneration fast enough to restore Earth’s health. It will take actively engaging in building the movement in our own communities—a call-to-action that both OCA and RI will emphasize and prioritize in 2018. (Sign up here for more information).

The future of the Regeneration Movement depends on all of us. Will we rise to the occasion?

Ronnie Cummins is international director of the Organic Consumers Association and a member of the Regeneration International Steering Committee.