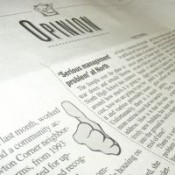 20 December 2012 | REDD has the potential to slow climate change and improve the livelihoods of indigenous people around the world, but only if projects follow recognized procedures for measuring carbon and respecting the rights of indigenous people, particularly the rights to their traditional territories and customary practices.

Legitimate projects do both – and with good reason. If they didn’t, their credits would never be recognized under any existing carbon standard.

Illegitimate “projects”, however, do neither – and for reasons that are not always clear. Some appear to be pretending to develop REDD projects so they can dupe investors into paying high prices for hot air, while others are simply aggressive marketing firms with slick web sites and little understanding of REDD.

To date, only a handful of illegitimate projects have come to light, compared to several legitimate ones. Even if fake projects never generate a credit, however, they can sabotage legitimate credits by tarnishing the reputation of REDD among a public that is hard-pressed to understand the complexities of carbon offsetting in general – let alone of projects that generate credits by saving endangered rainforest.

The carbon world should, therefore, welcome the Brazilian Attorney General Office’s decision to file suit against Celestial Green Ventures LLC, an Irish company that signed a questionable deal with the Awo Xo Hwara indigenous community to develop REDD projects. The lawsuit, according to Reuters, seeks to have that deal declared null and void — as it should if it turns out that Celestial Green didn’t follow the rules of free, prior, and informed consent that binds all REDD projects.

This comes just two months after a Peruvian court issued an arrest warrant for accused fraudster David Nilsson, who also engaged in questionable practices in the name of REDD.

It will be up to the courts to decide whether Celestial Green violated the law, and up to the market to decide if the company is presenting a viable business model that delivers real reductions. Peruvian courts, meanwhile, will determine whether Nilsson is the bad actor that Peruvian authorities believe him to be. Whatever the outcome of these two cases, it’s clear that both deserve the bright light of public scrutiny, and in an arena that is legitimate and fair.

The REDD community should, therefore, welcome and fully engage investigations into alleged bad actors while at the same time working hard to make sure the courts and the public understand the nuances of REDD. After all, legitimate REDD projects and all those who may benefit from them, including local communities, may be their biggest victims of projects done poorly.

Brazil takes action against forest carbon deal in the Amazon