If carbon finance is to deliver environmental benefits in Africa, it needs a clear and transparent environment in which to operate.  The Zambian government has been spearheading efforts to build a viable cash market, and now the Kenyans have launched a futures platform in Nairobi. 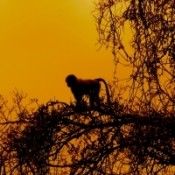 If carbon finance is to deliver environmental benefits in Africa, it needs a clear and transparent environment in which to operate.   The Zambian government has been spearheading efforts to build a viable cash market, and now the Kenyans have launched a futures platform in Nairobi.

24 March 2011 | NAIROBI | As Europe’s carbon registries slowly reopen after the more vulnerable among them were hacked in January, a new exchange – the African Carbon Exchange (ACX) – was soft-launched here on Thursday.

Like any soft launch, this one is still testing its wings.   The trading platform, for example, was demonstrated for reporters but won’t be open for trading until security concerns are worked out – a point that may be moot since it has only one registered member, Carbon Self.   ACX says other brokers such as Carbon Africa and Carbon Assets are in the process of joining, but major names are not among them.

That’s not necessarily a bad thing.

Founded by a consortium of carbon brokers, financiers, and regulators, ACX will initially be supported by semi-autonomous governmental utilities like KenGen (the Kenya Electricity Generating Company) and KPLC (the Kenya Power and Lighting Company) as well as the Ministry of Environment and Natural Resources.

Over time, it is designed to become an independent, for-profit exchange that will attract foreign direct investment (FDI) to Kenya, says Chief Executive Officer Tsuma Charo, who also outlined a growth strategy that echoes that pioneered by Indian exchanges such as the Multi-Commodity Exchange of India (MCX).

MCX got off the ground by developing slow but reliable trade-matching engines designed to run on Microsoft Windows platforms instead of on sophisticated Sun Servers.   MCX has since become one of the top exchanges in India, and now subcontracts its development to Western providers.   Two years ago, Goldman Sachs became an investor.

It also seems to be mimicking MCX’s strategy of launching with “mirror” contracts that could be arbitraged against established contracts trading in Chicago and Europe, and then later branching into cash markets at home.   ACX will launch mirror contracts on Certified Emission Reduction (CER) certificates in May, and will then follow with cash markets designed to seed local projects.

That strategy worked in India because it allowed MCX to live off of speculative business while it built up a legitimate hedging operation.   Kenya, however, doesn’t have home-grown speculators, and it’s not clear the model will work.

Kenya has 17 projects lined up for approval under the Kyoto Protocol, and is home to the first-ever REDD credits approved under the Verified Carbon Standard (VCS, formerly known as the Voluntary Carbon Standard).

Job Kihumba, the founding chairman of the exchange, says the initiative  not only provides a platform for trading environmental products, but also for building Kenya’s capacity and role in the global carbon markets.

“We hope to provide the players in the carbon market industry an opportunity to exchange ideas on the best practice in the exercise of their trade,” he says.

He believes the exchange will become a regional hub for carbon trading.

“We have received very strong interest from Uganda, Zambia, Rwanda,” he says.   “After the launch, we expect more African interest.”

Kihumba defines the platform’s success as the degree to which it engages Kenyans in carbon reductions and ecological improvements – like using more energy efficient technologies or engaging in reforestation.

Mohammed Mwachai, Permanent Secretary of the Ministry of Forestry and Wildlife, agrees.   He points to specific environmental goals that Kenya hopes to target with the new finance mechanism.

“We will use the carbon markets to conserve major water towers in the country like the Mau forests and the Aberdares,” he says.

Local financial institutions like South Africa’s Nedbank and the Standard Bank Group are keen to identify new ways to channel their emerging investments in local projects.

Both have been active in the field. For example, in November 2009, Wildlife Works Inc. and Nedbank entered into a business arrangement whereby Nedbank acquired carbon credits from Wildlife Works Inc. for on-sale to the international and South African business community.

More than 2.5 million tonnes of carbon was made available through the avoided deforestation of the Rukinga and Kasigau Wildlife Corridor project Corridor guaranteed until 2026.

“This market has made it possible for the continent to effectively fight climate change, to uplift rural communities and to protect its wildlife through accessing carbon markets,” says Kevin Whitfield, Head of Carbon at Nedbank Capital.

However he admits there has been a scarcity of projects of this type to date, and even fewer large scale carbon projects.

“Our experience is that there is extraordinary demand for good quality African offsets, and prices are good.   Carbon credits represent a new asset class and I encourage Africa to leverage this opportunity,” says Whitfield.

At least five local banks like CFC bank and the Kenya Commercial bank seemed to have got a sense of hat Whitefield talked about and were represented at the Nairobi launch. A representative from KCB (who requested not to be named as he is not an official spokesperson) says it is just dawning on them about the lost opportunity.

The ACE launch follows signals from the government about its environmental priorities – like the Kenyan government’s move to allocate US$721 million towards establishing carbon credits and trading infrastructure in its 2009/2010 budget.

At that time, Kenya’s Finance Minister Uhuru Kenyatta explained that a framework for carbon trading — in which polluters buy and sell the right to emit carbon — would be established to outline how to register for and participate in a carbon trading scheme, how revenue would be shared and how to ensure accountability.

He had says the framework would also describe development areas to be funded by the resources generated from the scheme.