Despite years of buzz, the creation of verified carbon credits from projects that reduce greenhouse gas emissions from deforestation and forest degradation (REDD) has been underwhelming. Last week, the first credits under a new REDD methodology were issued, and many observers are now waiting for the floodgates to burst open.  Here’s a look at the first credited REDD project under the Voluntary Carbon Standard, and what it means for the future of carbon finance — both compliance and voluntary. 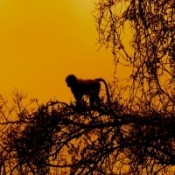 Wildlife Works revealed today that they had received the first REDD-based Voluntary Carbon Units (VCUs) for the Wildlife Works’ Kasigau Corridor REDD project, which protects over 500,000 acres of forest in Rukinga, Kenya.

“This is a watershed moment for REDD projects everywhere because it demonstrates they can attract private investment to this critical work,” says VCS CEO David Antonioli.

It’s also a watershed moment for the VCS, which after years of waiting for REDD project development methodologies to fall out of its pipeline, has brought to the voluntary carbon market four REDD methodologies and the world’s first issued REDD credits – all in less than one year.

The Wildlife Works project’s VCU issuance is backed up by its previous GOLD-level validation under the Climate, Community and Biodiversity (CCB) Standard, in recognition of its environmental and social “co-benefits” to the region – including job creation, education and direct financial rewards.
“This project is proof positive that REDD projects can engage communities in changing the economic incentives that drive deforestation,” Antonioli comments.

“Coupled with being able to measure emissions reductions accurately and generate verified credits, this is exactly what is needed to attract private investment for forest protection,” he says.

Also driving greater investor confidence in REDD projects was the UN’s high-level of endorsement of REDD back in December 2010 – a move that points to REDD’s potential to play an important role in officially sanctioned mechanisms like the U.N. Clean Development Mechanism, whose credits can be used to meet emissions targets in the European Union.

Carbon credits from REDD projects in the states of Chiapas, Mexico and Acre, Brazil, are also tapped for future trading in the US state of California’s cap-and-trade scheme, set to begin in January 2012.

Wildlife Works’ project was validated and verified against the VCS’ most recently approved REDD methodology for addressing Avoided Mosaic Deforestation of Tropical Forests – “mosaic” referring to the patchwork quilt kind of deforestation pattern that arises in regions with many drivers of deforestation.

Developed with a focus on activities that avoid mosaic deforestation in Kenya’s semi-arid tropical ecosystem, the methodology is nonetheless designed to be broadly applicable to projects throughout the tropics. Wildlife Works itself aims to expand the methodology to other REDD projects in Africa and around the world.

As the methodology’s flagship project, the Kasigau Corridor REDD project generated 1.45 million VCUs in its first 6-year crediting period and is expected to reduce over six million tons of carbon emissions over its 30-year project cycle.

About 20 percent of the project’s VCUs were automatically set aside in a “buffer pool” to account for forest risk – the rest will be registered on the Markit Environmental Registry.

“The realization of these VCS REDD credits illustrates Nedbank Group’s long-held belief in the commercial, environmental and social opportunities inherent in the carbon market,” which Kevin Whitfield, Head of Carbon Finance for Nedbank Capital, explains as the “unquestionable proof that sound investment decisions and a strong social and environmental conscience are by no means mutually exclusive.”

Few voluntary carbon market players will be surprised to see the VCS running ahead of the REDD pack, as the third-party standard has generated a flood of activity around REDD credits over the past year.

Although this is not the first REDD project to receive third-party verified credits, it is by far the largest of an emerging pipeline.   The Plan Vivo Standard, which caters to smaller community-based and high conservation value projects, was the first independent standard organization to issue credits to a REDD project in 2010, and is about to pass the milestone of issuing its one millionth credit. However, with a freshly-minted methodology under VCS, the Kasigau Corridor project is blowing by in the fast lane, receiving more REDD credits in one issuance than have existed across any standard to date.

Many had hoped that VCS would arrive at last year’s Cancun climate summit with issued REDD credits in hand (is that REDD-handed?), especially given its progressively rapid approval of REDD methodologies. After all, by December 2010, the VCS had just approved two new methodologies for use on REDD projects, with another approval also announced at the summit.

If it sounds specific, that’s because it is. But although the methodology’s narrow focus limits its applicability to other projects and locations, it paved the way for VCS approval of three more REDD methodologies in quick succession.

Just three months later, a second and more widely-applicable REDD methodology was approved for use. Developed by the non-profit organization Avoided Deforestation Partners, the REDD Methodology Modules are a set of methodology components which can be mixed and matched according to project circumstances.

The third VCS REDD methodology, and the first to specifically address mosaic deforestation, was announced in December 2010 and developed by environmental consultancy Terra Global Capital.

The Methodology for Carbon Accounting in Project Activities that Reduce Emissions from Mosaic Deforestation and Degradation provides carbon accounting frameworks for a range of activities to reduce unplanned mosaic deforestation and degradation.   It was designed for a project in the Oddar Meanchey province of Northwestern Cambodia and is the first to employ new VCS guidelines for project grouping.

Finally, just three weeks ago, the VCS approved Wildlife Works Carbon’s now credit-generating Methodology for Avoided Mosaic Deforestation of Tropical Forests, and Wildlife Works’ Founder and CEO Mike Korchinsky has no doubts about the broad appeal of the credits generated from his company’s flagship project.

“We believe the global voluntary carbon marketplace is ready for carbon credits that the average consumer can relate to,” Korchinsky comments.

“Carbon credits that protect natural forests, endangered species and the livelihoods of Africa’s rural communities will be massively appealing to organizations or consumers wanting to do their part by reducing their own carbon footprint,” he adds.

Voluntary carbon market buyers may not be the only end-users of REDD credits if VCS has anything to do with it – while VCS arrived in Cancun sans REDD credits last year, it did seize the global platform to announce its intended position at the intersection of voluntary and compliance carbon markets.

Literally. VCS announced that it is spearheading an initiative aimed at operationalizing accounting frameworks for jurisdictional and “nested” REDD – to find a way for REDD projects to co-exist with sub-national and national climate finance architectures.

Antonioli explains, “Many national and sub-national governments are already taking leadership by promoting REDD within their jurisdictions, and yet currently there are no commonly accepted and applied criteria to account for emissions reductions at all scales, including nested projects.”

VCS, alongside Climate Focus, is expected to soon announce its advisory group of technical and markets experts and government representatives to move forward with its design for a nested REDD framework.

*This article was revised to correct an error.   We incorrectly reported the Wildlife Works Kasigau Corridor Project to be the first REDD project issued credits under a formal carbon standard. The first avoided deforestation project to sell credits under a formal carbon standard was the Sofala Community Carbon Project which first sold Plan Vivo certificates back in 2004.   Plan Vivo also registered credits from the Scolel Te project which included forest conservation activities, but not avoided emissions activities back in 1997. We regret the error.

Maud Warner is an Intern with the Ecosystem Marketplace’s Carbon Program. She can be reached at [email protected]